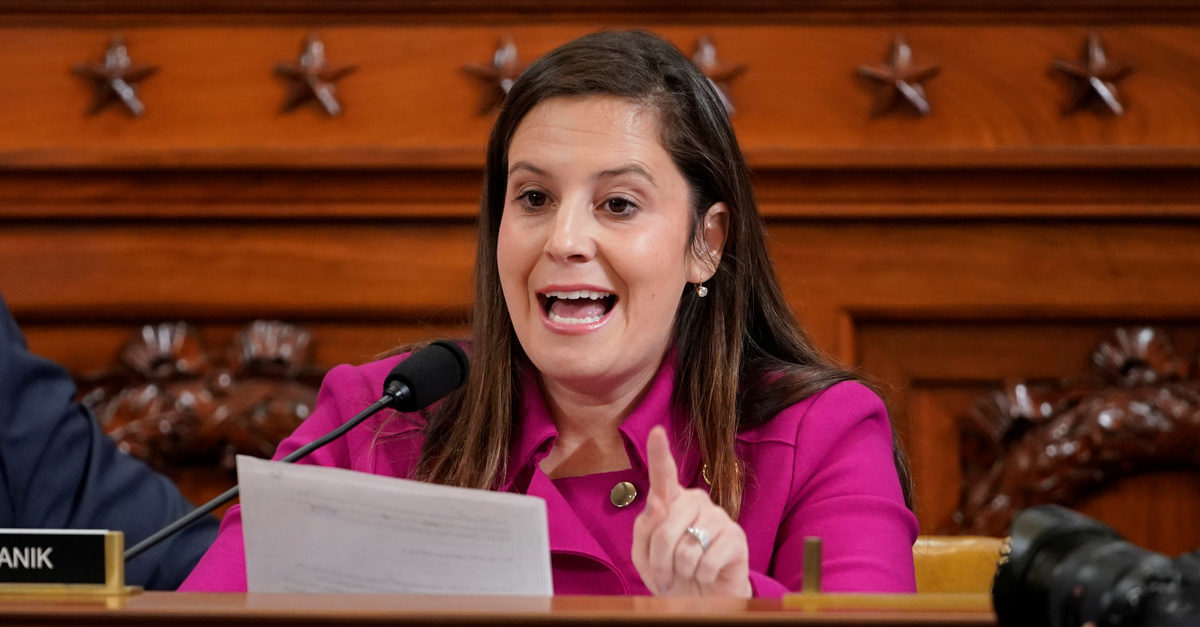 Stefanik recently made headlines across conservative for her staunch defense of President Donald Trump against impeachment, and was hailed as a rising Republican star.

Stefanik’s questioning of witnesses during the House impeachment inquiry created a number of exchanges that benefitted the president’s case. The video clip of her getting Bill Taylor, then the top U.S. diplomat in Ukraine, to say that the Trump administration provided more aid to Ukraine than the Obama administration soon went viral and Stefanik was lauded by President Trump and his supporters for “killing” the Democrats’ case. Some have argued, though, that providing more aid undermines claims of concern about corruption.

Stefanik’s reelection campaign attempted to capitalize on the moment, sending supporters a fundraising email that included the clip of her questioning Taylor with the subject line, that read, “WATCH: I EXPOSED ADAM SCHIFF.”

““Today, millions of Americans tuned into the first public hearing focused on impeachment,” the email stated. “This is after two months of closed door meetings in the basement of the Capitol as part of Adam Schiff’s Regime of Secrecy. WATCH my questions from today.”

“Please donate today to stand against this partisan political process orchestrated by Adam Schiff,” it concluded.

House members are prohibited, however, from using any footage of “House Floor activities and committee proceedings for any partisan political purpose,” including raising money.

One of Stefanik’s New York constituents filed a complaint against her with the Office of Congressional Ethics regarding her violation of the rule, requesting an investigation into her conduct.

Stefanik’s campaign maintains it did not violate any rules and has not been made aware about any investigation into the lawmaker, but several campaign legal experts told Yahoo that her email constituted prohibited conduct.

“I think Rep. Stefanik’s use of video of the House hearing to solicit political contributions is a serious violation of that rule,” former general counsel of the Federal Election Commission Larry Noble said. “The rule is clear, and so is the guidance given by the House Ethics Committee.”

“House Ethics Committee guidance clearly prohibits Members from using video of committee proceedings for campaign purposes, which Rep. Stefanik appears to have done nine times in the last six months,” he said referring to her subsequent fundraising emails. “It seems that in her rush to defend the misconduct of a corrupt President, Rep. Stefanik has joined him in breaking ethics rules for political purposes.”