Giuliani Accused of Hiding Finances Through Work With Trump 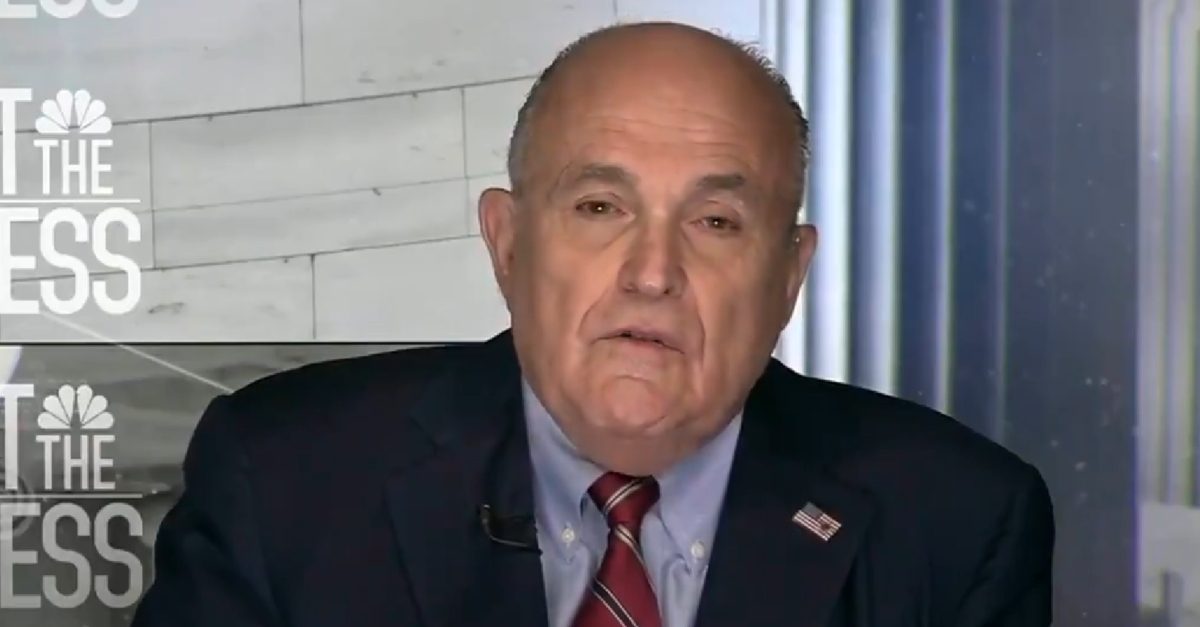 Rudy Giuliani, one of President Donald Trump’s personal attorneys, was accused of intentionally deflating his own wealth in an attempt to stiff his estranged wife Judith Nathan Giuliani in court proceedings Thursday.

In the midst of an increasingly vitriolic end to their fifteen-year marriage, Judith’s attorney Bernard Clair claimed that Giuliani had actually been losing money by working in Trump’s employ free of charge and also footing the bill for all of his own expenses, according to a Daily Beast report.

Clair then accused Giuliani of entangling his work for Trump with his other business enterprises and commingling his costs to conceal his actual expenditures.

“What he does, your Honor, is when he is going to work for the president, he bundles, for lack of a better word, clients from his other businesses who do have to reimburse him,” Clair said, specifically citing his recent trip to Poland with the President where he also gave a paid speech.

“I asked him a number of times, ‘Please provide us with your 17 credit cards that you use. Tell me how you are being reimbursed.’ ‘I don’t know,‘ he says.”

Before concluding, Clair alleged that Giuliani had spent “over a million dollars on credit cards,” only to come to court saying, “’woe is me’ financially – ‘I don’t have any money left.'” He said Giuliani has also taken out a $100,000 personal loan from fellow Trump attorney Marc Mukasey.

Faith Miller, Giuliani’s attorney at the hearing, told the court that under his current income, he was financially incapable of supporting his wife’s lifestyle.

“He doesn’t have it, and the burn rate to support Ms. Giuliani’s lifestyle and the court’s order is approximately $110,000 a month, net of taxes, before he buys himself a cup of coffee,” Miller said.

Following the court proceeding, Giuliani responded to the allegations himself in an interview with the New York Post.

“My reason for working for President Trump for free is wholly and entirely patriotic, and also because he is my friend,” he told the Post. “In fact, I started working for the president before we filed for divorce, so it has no bearing on my decision. I had decided to advise President Trump for free because I was outraged at how he was being very unfairly treated. I thought he was being framed by those with political agendas, and I was right.”