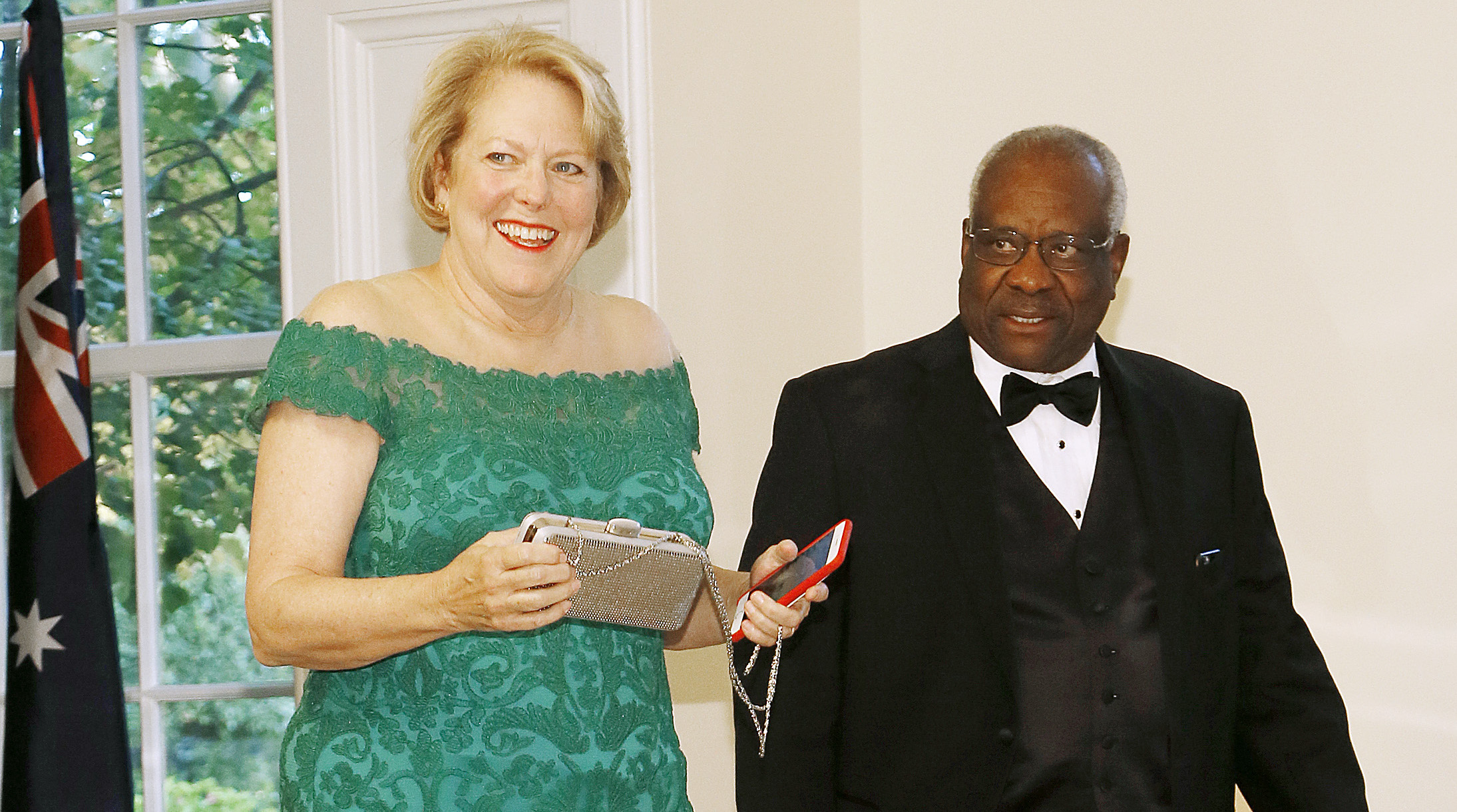 Ginni Thomas, the wife of conservative Justice Clarence Thomas, has confirmed that she was at former President Donald Trump’s rally on Jan. 6 hours before a mob of his supporters stormed the U.S. Capitol.

In an interview published Monday on the Washington Free Beacon, a conservative online publication, Thomas said that she went to Trump’s so-called “Stop the Steal” rally on Jan. 6. According to the report, she got cold and left before Trump took the stage at noon.

Thomas reportedly said that her presence at the Ellipse for that rally was the extent of her activity.

Thomas told the Washington Free Beacon that she didn’t approve of the violence that took place at the Capitol after the rally.

“I was disappointed and frustrated that there was violence that happened following a peaceful gathering of Trump supporters on the Ellipse on Jan. 6,” Thomas said. “There are important and legitimate substantive questions about achieving goals like electoral integrity, racial equality, and political accountability that a democratic system like ours needs to be able to discuss and debate rationally in the political square. I fear we are losing that ability.”

After Trump spoke at the rally, hundreds of his supporters made their way to the Capitol, where they eventually overwhelmed police lines and swarmed the building, ultimately interrupting Congress from certifying Joe Biden’s win in the 2020 presidential election and forcing legislators and staffers to evacuate.

According to the Department of Justice, the attack caused approximately $1.5 million in damage to the U.S. Capitol building, and around 140 police officers were assaulted.

“I played no role with those who were planning and leading the Jan. 6 events,” Thomas said. “There are stories in the press suggesting I paid or arranged for buses. I did not. There are other stories saying I mediated feuding factions of leaders for that day. I did not.”

Thomas told the Free Beacon that she and her husband do not discuss the details of their respective jobs.

“Like so many married couples, we share many of the same ideals, principles, and aspirations for America,” Thomas said. “But we have our own separate careers, and our own ideas and opinions too. Clarence doesn’t discuss his work with me, and I don’t involve him in my work.”

Ginni Thomas’ conservative political activism has long threatened to cast a shadow over her husband’s role on the Supreme Court. In December, she signed a letter from the Conservative Action Project calling the work of the House committee investigating the Jan. 6 attack as “overtly partisan political persecution.”

One month later, Clarence Thomas was the only Supreme Court justice who would have granted Trump’s request to block the committee from receiving White House records that Biden had ordered be released.

As Law&Crime previously reported, Thomas had expressed support for the “Stop the Steal” rally in the days after the Capitol attack, before deleting her Facebook page.

The following month, she caused further controversy by apologizing to a group of her husband’s former law clerks for expressing her political views.