Ginni Thomas’ Facebook Page Disappears After Media Reports on Her Support for Pro-Trump Rally that Turned into Attack on U.S. Capitol 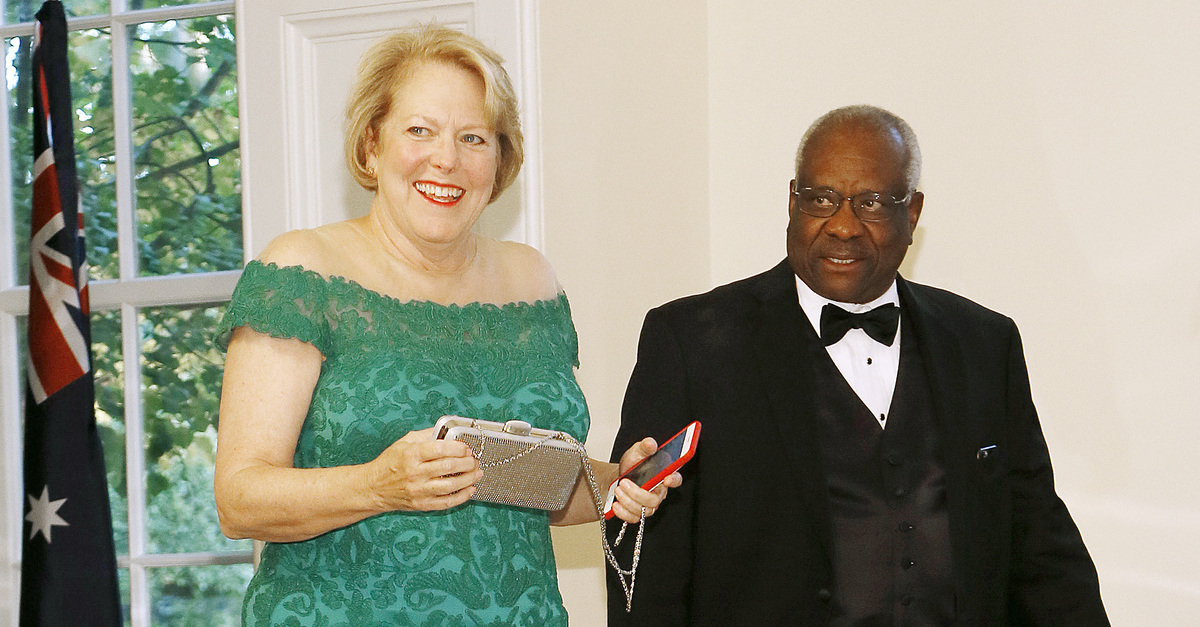 This development occurred during the process of writing the present article. It is unclear whether those specific messages were deleted, whether her overall profile was deleted, whether she simply changed the privacy settings for her social media account or whether Facebook itself took down Thomas’s page.

Thomas previously identified herself as a verified Facebook “Public Figure,” according to an Internet Archive screenshots via the Wayback Machine. 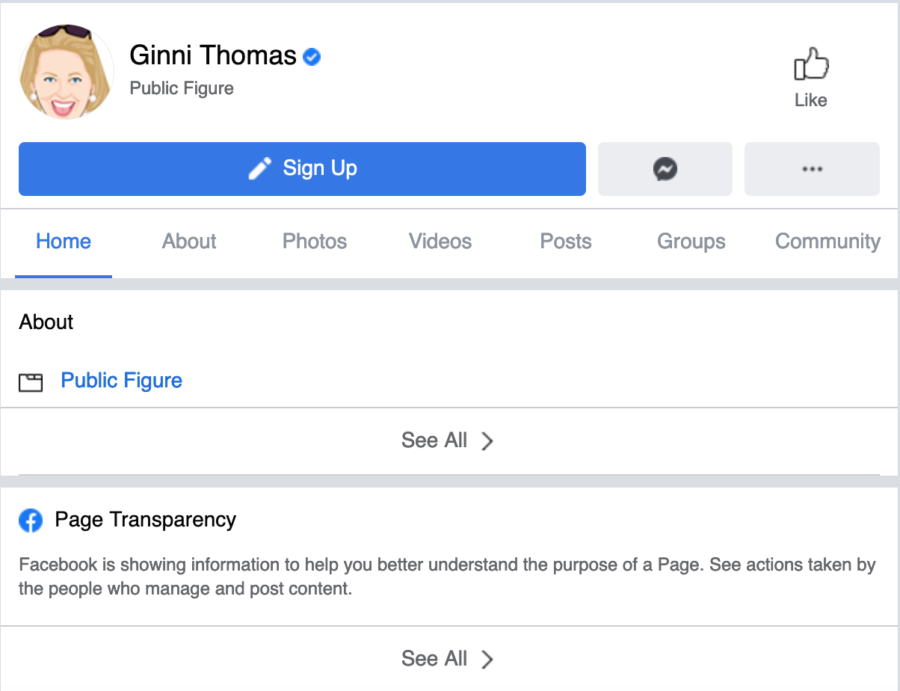 “Watch MAGA crowd today best with Right Side Broadcasting,” she wrote in a Facebook post containing a link to a livestream of the rally on January 6, “and then C-Span for what the Congress does starting at 1:00 pm today. LOVE MAGA people!!!!”

“GOD BLESS EACH OF YOU STANDING UP or PRAYING,” Thomas added in a second post.

Those two messages, roughly 15 minutes apart, were posted during the early morning hours of the instantly infamous day. Interspersed between those two supportive messages was an apparently indirect show of solidarity by way of a quote from Ronald Reagan’s famous “A Time for Choosing” speech.

“You and I have a rendezvous with destiny,” the Bedtime for Bonzo actor and eventual president said in support of then-GOP presidential candidate Barry Goldwater. “We will preserve for our children this, the last best hope of man on earth, or we will sentence them to take the first step into a thousand years of darkness. If we fail, at least let our children and our children’s children say of us we justified our brief moment here. We did all that could be done.” 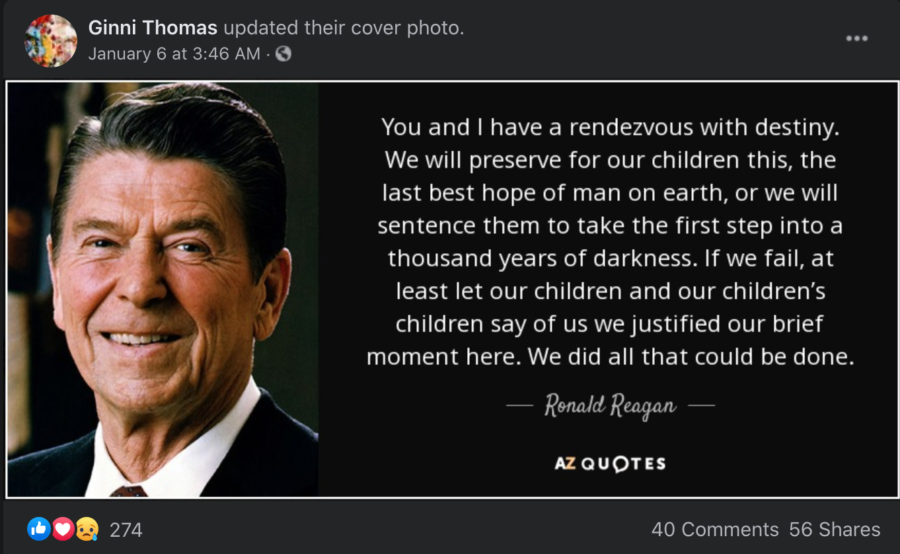 (Technically a post, but not a status update, Thomas appeared to put Reagan’s imprimatur on the pro-Trump movement by updating her Facebook cover photo with an image of The Gipper appended to the quote from the speech known to Reagan fans as “The Speech.”)

Law&Crime surveyed Thomas’s Facebook page on Friday morning. The edit history of those two posts show that the immediately above edits were made during the late Friday morning hours–roughly sometime between 9 a.m. and 10 a.m. Eastern Standard Time.

Criticism of Thomas went widespread late Thursday and into Friday morning when Slate legal writer Mark Joseph Stern shared screenshots of the posts via Twitter. The thread was shared several thousands of times and quickly went viral–resulting in what is known as a “Trending Topic” under the microblogging website’s “Politics” section.

On the morning of Jan. 6, Ginni Thomas—wife of Supreme Court Justice Clarence Thomas—endorsed the protest demanding that Congress overturn the election, then sent her “LOVE” to the demonstrators, who violently overtook the Capitol several hours later. She has not posted since. pic.twitter.com/378CHMkFN5

In other words, Thomas updated her posts following a wellspring of criticism online.

Stern appended a series of recent news stories to his thread in an attempt to reflect Ginni Thomas’s general political outlook:

Here, for instance, is a characteristic Ginni Thomas post. She has repeatedly (and falsely) warned that George Soros is funding a sweeping conspiracy against Donald Trump and the United States government. https://t.co/sudlJSikoo

Israel’s oldest continuously published newspaper and the country’s paper of record, Haaretz, accused Thomas of antisemitism over her embrace of those far-right George Soros conspiracy theories.

Thomas is widely known to be a member of the far-right movement and developed a reflexive goodwill relationship with the Trump administration.

In May 2020, the 45th president appointed Thomas a member of the Library of Congress Trust Fund Board, according to Fox News.

Thomas is also a vociferous opponent of the the Black Lives Matter movement, according to the Washington Post.

Law&Crime reached out Facebook and the Supreme Court for comment and clarification on this article. No response was forthcoming at the time of publication.