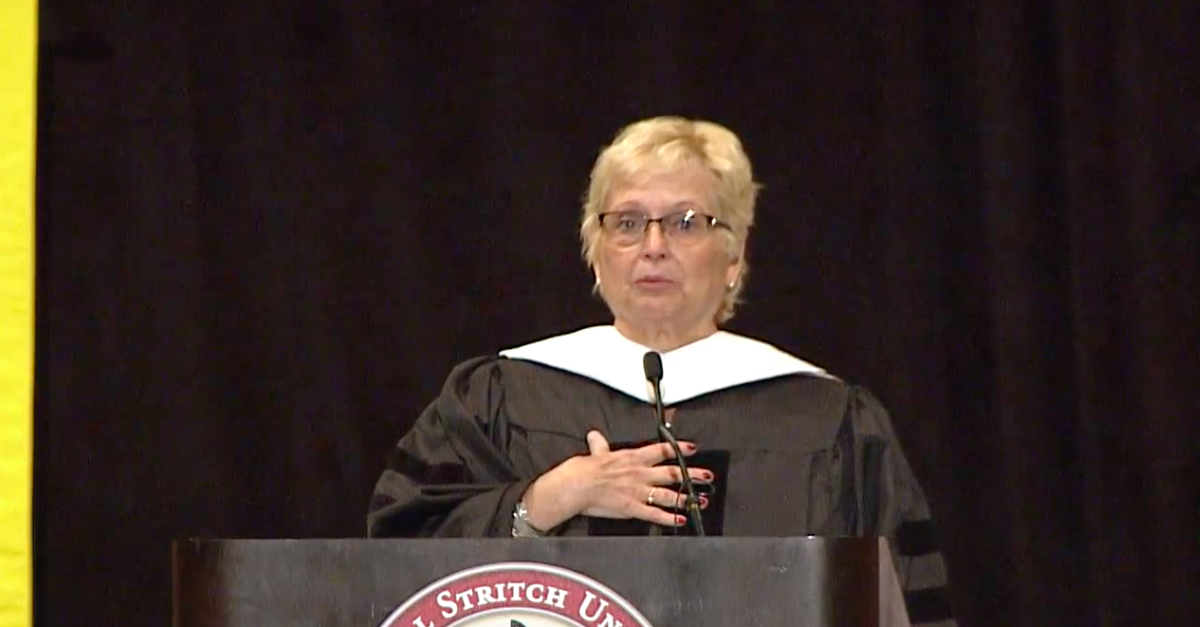 Former Wisconsin Supreme Court Justice Janine P. Geske publicly endorsed a presidential candidate for the first time in more than four decades, declaring her support for Democratic presidential candidate Joe Biden in an op-ed published on Wednesday in the Milwaukee Journal Sentinel. When endorsing the former vice president, Geske made it “crystal clear” that the real reason she felt compelled to break her political silence was her belief that President Donald Trump, if re-elected, poses an existential threat to America’s constitutional democracy.

“Donald Trump has no respect for our constitutional values and has mocked our democratic institutions. He is rude and an obnoxious bully who does not respect anyone who disagrees with him,” the former justice wrote. “I’ve watched in horror as President Trump lied and downplayed the coronavirus to the American people, and now, he still does not have a plan to protect families and beat the virus as it surges across Wisconsin. Even as Wisconsinites are being infected and hospitalized at record rates, Donald Trump is asking the U.S. Supreme Court to strike down the Affordable Care Act and protections for pre-existing conditions. It’s truly unconscionable.”

While the majority of the op-ed was focused on the criticizing the president and his current administration, Geske also praised Biden, saying that “unlike our current president, he’s honest and he’s a man of integrity.”

But she quickly returned to denouncing Trump, saying she believed the office of the president should be held by someone that will set an example for a younger generation.

“I want a president our children and grandchildren can look up to. A president who is an ethical and respectful role model and leader — not a bully like President Trump. I want a president who respects the rule of law. A leader with empathy who cares about the people he serves,” she wrote, before closing with a call to action. “The future of our republic — and our democratic institutions — is at stake in this election. It’s up to all of us to turn out and vote accordingly.”

Earlier this year, Geske was selected by Gov. Tony Evers (D) to sit on a non-partisan commission that will be tasked with helping the state draw new legislative maps.