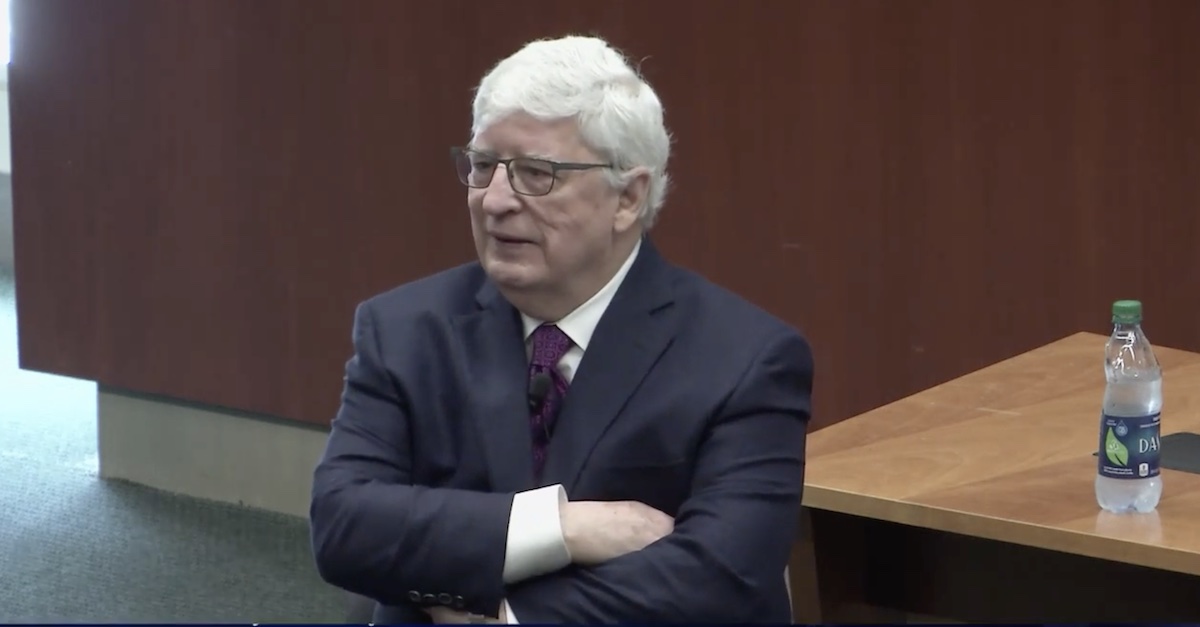 His death was mourned by many lawyers and colleagues on Twitter who regarded him as a “giant” in the legal community:

So sorry to hear abt the death of @walterdellinger. A great atty to be sure, but also a friend & consigliere to many, & a trusted “honest broker” in our profession who could be called on as a respected & fair referee. I was always grateful for his support of me & of @NAACP_LDF.

Terrible news about the passing of Walter Dellinger. A real giant in the legal academy, a fierce advocate for gay rights, and one hell of a Tar Heel.

I’m so saddened to hear of the passing of Walter Dellinger. Walter was not only one of his generation’s greatest legal minds, but an incredibly kind mentor to many, including me. Thank you for your contribution to the legal profession and society writ large.

So sad to hear of the passing of @walterdellinger – it was such an honor to work with him at the Office of Legal Counsel at DOJ. A brilliant lawyer, a wonderful boss, and an extraordinary man who was committed to both justice and kindness always.

Tragic news. My wonderful colleague and friend, Walter Dellinger, has passed away. From picketing the Carolina Theatre to protest segregation as a skinny college kid, through arguing in front of SCOTUS as Solicitor General, Walter exemplified the best that we can aspire to.

Dellinger graduated from the University of North Carolina with a degree in political science well before working for several decades as a law professor at Duke.

He graduated from Yale Law School after his time as a Tar Heel and then went on to clerk for Justice Hugo L. Black at the Supreme Court.

Following that stint with the high court, Dellinger became a Blue Devil where he worked “continuously” as a resident faculty member until 1993, according to his Duke biography, when he went to work for the Clinton administration. There, he served in various roles.

In early 1993, Dellinger was a White House advisor on constitutional issues before being nominated to serve as the Assistant Attorney General and head of the Office of Legal Counsel. Serving three years in both positions simultaneously, he advised both the president and attorney general on myriad issues both foreign and domestic.

His biography outlines the broad strokes:

Dellinger issued opinions on a wide variety of issues, including the President’s authority to deploy United States forces in Haiti and Bosnia; whether the President may decline to enforce statutes he believes are unconstitutional; affirmative action; religious activity in public schools; whether the Uruguay Round GATT Agreements required treaty ratification, and a major review of separation of powers questions. He provided extensive legal advice on loan guarantees for Mexico, on national debt ceiling issues, and on issues arising out of the shutdown of the federal government.

From 1996-97, as acting solicitor general, Dellinger argued nine cases before the Supreme Court, including such high profile issues as death with dignity laws, the line item veto, cable television standards, gun control, and the Religious Freedom Restoration Act. His biography notes that his caseload before the nine justices was “the most by any Solicitor General in more than twenty years.”

Dellinger eventually returned to Duke to teach again. He also had a substantial private practice with the mega law firm of O’Melveny & Myers in Times Square, Manhattan.

Never far from the fray of politics, however, Dellinger saw fit to weigh in on the news of the day from time to time–in one case, upbraiding his former pupil Kenneth Starr for failing to understand the nature of impeachment under the U.S. Constitution when then-President Donald Trump was being judged by the U.S. Senate for the first time.

Dellinger would go on to be tapped by eventual President Joe Biden in the fall of 2020 as his campaign prepared to litigate against the 45th president’s own army of attorneys over numerous likely unique election disputes.

In the spring of last year, Dellinger was called to serve a Democratic Party White House once again–for the final time–serving on the Supreme Court reform committee.

He was also an avid and popular lecturer. Several of his talks on law and politics are available on YouTube.

“[Dellinger] was more than a champion of civil rights and a brilliant lawyer and teacher,” fellow Duke Law Professor James Boyle said. “He was a superb *human being* — warm, kind, funny (generally at his own expense). And he was perhaps the funniest story-teller I have ever met.”

Update, 6:40 p.m.: On Wednesday evening, U.S. Attorney General Merrick Garland released a statement mourning the “enormous loss for those of us at the Justice Department who worked alongside and learned from [Dellinger], for his family who cherished him, and for our nation, which was made better because of him”:

It is difficult to know where to begin in remembering someone who lived as fully and gave of himself as generously as Walter did. Throughout his life, Walter created communities of friends, students, and mentees who shared his passion for the law and his devotion to the pursuit of justice.

I first had the privilege to work alongside Walter at the Justice Department when he came to Washington, D.C. from Duke Law with his beloved wife, Anne, and served as a professor in residence in the Appellate Section of the Civil Division. I worked with him again when he served as Assistant Attorney General for the Office of Legal Counsel, and then as Acting Solicitor General. His exuberance and passion for life and the law were palpable in everything he did.

Walter approached the law not as a career, but as a calling. He believed it was his privilege to be able to use the law to make our democracy work better for everyone. He was a tireless advocate on behalf of those with whom he worked, and on behalf of the American people for whom he worked. He did not hesitate to lend his voice in service of lifting up the voices of others. His work had an enormous impact on all of us at the Justice Department, and on the lives of millions of people he would never know.

For Walter, tackling the most urgent, complex, and important questions of law was not exclusive of living a life filled with joy. He filled his life — and the lives of those of us lucky enough to have known him — with light.

All of us at the Department extend our deepest condolences to his loving family. We join them in mourning Walter’s passing, and in expressing our gratitude for his extraordinary legacy.