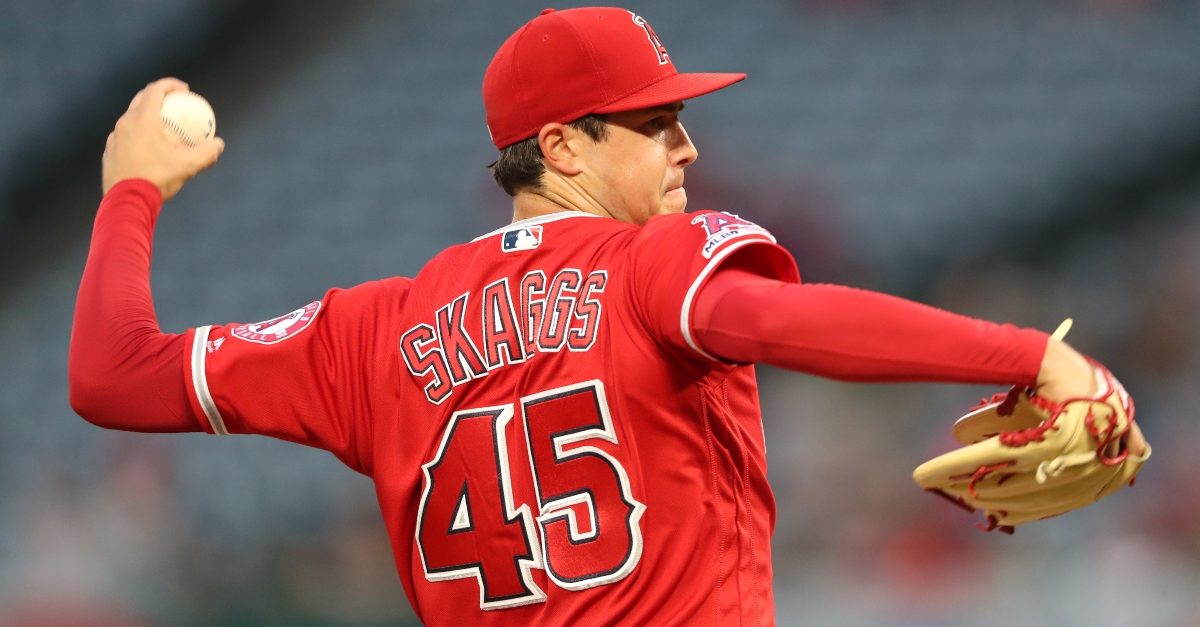 “Fentanyl does not discriminate in its potential deadly consequences,” said DEA Special Agent in Charge Eduardo A. Chávez. “With the prevalence of fentanyl in many of the counterfeit prescription drugs sold on the streets, every pill taken could be your last. The Dallas DEA mourns not only with the Skaggs family, but with all families who have endured loved ones taken too soon due to a drug overdose. As with Mr. Kay’s arrest, we will continue to identify and investigate those who distribute these drugs to ensure they face justice.”

Skaggs died July 1, 2019. He was found in a hotel room in Southlake, Texas. According to the federal criminal complaint, the Tarrant County Medical Examiner’s office determined he died from “mixed ethanol, fetanyl and oxycodone intoxication with terminal aspiration of the gastric content.” Investigators said that he would not have died if not for the fetanyl. Among other things, authorities said they seized a blue pill marked ‘M/30.” It looked like a legit 30 milligram prescription of the painkiller oxycodone, but tested positive for fentanyl. Investigators determined it was a counterfeit pill. They claimed the link went to Kay. Text messages from his phone indicated he supplied Skaggs with the blue pills containing fentanyl.

The affidavit author suggested they were talking about drugs, “specifically in this case, blue 30 milligram oxycodone pills.” It was determined Kay and Skaggs had a “history of narcotic transactions.” This included incidents in which Kay got oxycodone pills for Skaggs from “source(s).”

Five pink pills were also seized from the scene of Skaggs’s death, according to the complaint. These had the markings of 5 miligram oxycodone pills. They were legitimate, and did not come from Kay, authorities said.

The defendant is charged with conspiracy to distribute a mixture containing detectable amounts of fentanyl. He was arrested in Forth Worth, Texas, and had a first appearance in court Friday morning, according to the Department of Justice. Attorney Michael Molfetta has represented Kay.

He previously described Skaggs as “an addict who overdosed.”

Statement regarding the recent developments in the Tyler Skaggs investigation: pic.twitter.com/fI0b3i3pba

“As we try to heal from the loss of Tyler, we continue to work with authorities as they complete their investigation,” the team said in a statement. They said they had hired a former federal prosecutor to conduct an independent investigation. They said no one in management knew about any employee giving opioids to any player, or that Skaggs was using these drugs.