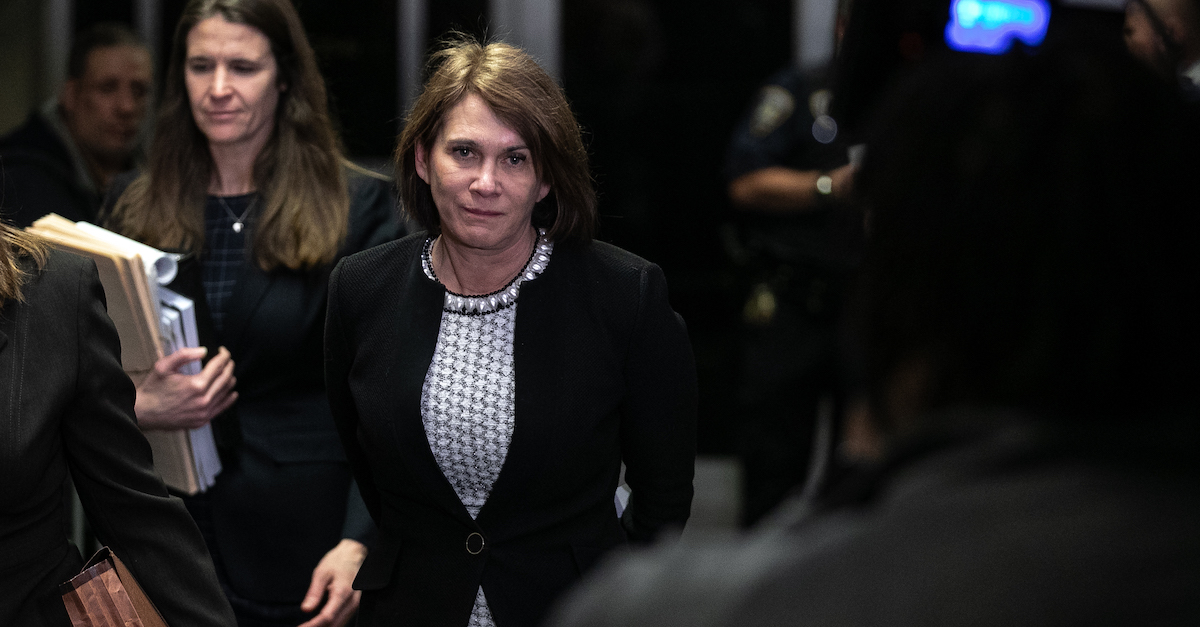 A forensic psychologist who testified for the prosecution at the Harvey Weinstein trial about “rape myths” was hit by a car while crossing a street and has multiple broken bones, Law&Crime has learned.

Law&Crime attempted to learn more about when and where the incident occurred. We received confirmation by phone that Ziv is in the hospital, but no more information than that was forthcoming. Ziv is based in the Philadelphia area, so we reached out to Philadelphia Police. We have not heard back.

Though there is no evidence to suggest that Ziv being hit by a car is in any way related to the Weinstein trial, this may be seen as suspicious by some given the timing of the incident. Weinstein’s history of having people followed is well-documented; so are alleged threats against those who have spoken out against him.

Investigative reporter Ronan Farrow, for instance, once said he feared for his safety when working on a story about Weinstein.

“I don’t make light of the fact that it was frightening to be in the crosshairs of that,” he said. “I mean, there were times when I feared for my safety and, you know, my sources were telling me to get a gun and I moved out of my apartment.”

Ziv’s expert witness testimony at the Weinstein trial last month largely focused on sexual assault and victim behavior after attacks. That included discussion about why victims would reach out to and communicate with a perpetrator after the fact, why they would wait years to report an assault, or why they would never tell anyone.

The testimony was directly relevant to allegations made by Jessica Mann and Miriam “Mimi” Haleyi against a powerful man in Hollywood like Weinstein years after the alleged crimes. The former accused Weinstein of rape and the latter alleged Weinstein of forcibly performing oral sex on her.

Annabella Sciorra and more than 80 other women have accused Weinstein of sexual harassment and sexual abuse, including rape. Sciorra said that Weinstein raped her in the early 1990s.

“Sometimes women will have subsequent contact with the perpetrator because they can’t really believe that this happened to them,” she added. “They’re hoping that this is just an aberration. You hear that all the time.” Ziv said that it’s a myth that “one can determine whether somebody has been raped by their behavior.”‘

Ziv also testified as an expert witness for the prosecution at the Bill Cosby trial.