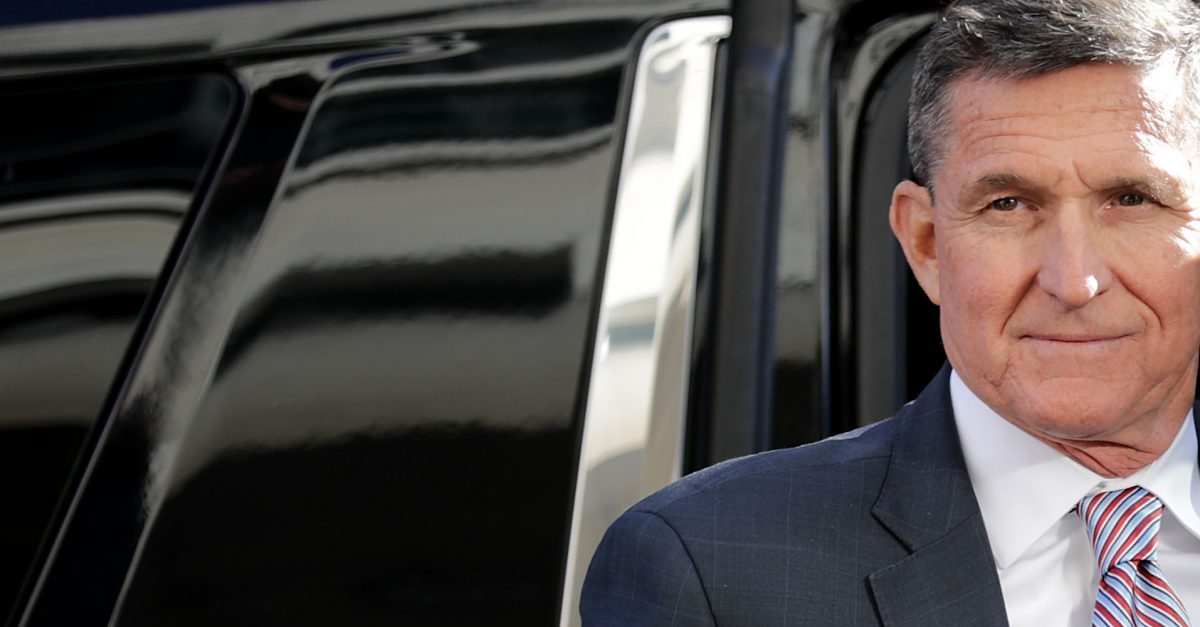 Per Flynn’s legal team, “a group referring to itself as ‘Watergate Prosecutors’ submitted an . . . email” stating that it wished to file amicus curiae briefs. The so-called “friend of the court” briefs help assist judges in making decisions. Flynn’s attorneys called foul on the move.

“However, this Court has consistently — on twenty-four (24) previous occasions — summarily refused to permit any third party to inject themselves or their views into this case,” Flynn’s attorneys said.

They had earlier Tuesday moved to dismiss the case “immediately.” Flynn had earlier in the case withdrawn his guilty plea, and federal prosecutors subsequently moved to drop the entire matter. Law&Crime’s coverage of the drama is here.

The proposed amicus brief has no place in this Court. No rule allows the filing, and the self-proclaimed collection of “Watergate Prosecutors” has no cognizable special interest. Separation of powers forecloses their appearance here. Only the Department of Justice and the defense can be heard. Accordingly, the Watergate Prosecutors’ attempted filing itself should not be registered on the docket, and any attempt by the group or any individual to make a filing in this case must be denied—as all others have been.

Here’s the Flynn team’s argument about separation of powers:

It is no accident that amicus briefs are excluded in criminal cases. A criminal case is a dispute between the United States and a criminal defendant. There is no place for third parties to meddle in the dispute, and certainly not to usurp the role of the government’s counsel. For the Court to allow another to stand in the place of the government would be a violation of the separation of powers.

Flynn’s team quipped that these so-called “‘Watergate Prosecutors’ . . . do not have ‘a dog in this hunt’ any more than do the former ‘Whitewater’ prosecutors or the ‘Clinton impeachment’ prosecutors.  Here’s more:

This is a case of extraordinary national and international interest. There are countless people—including former prosecutors on both sides of the parties—who would like to express their views, but there are many reasons there is no provision for outsiders to join a criminal case in this Court. Of course, the former prosecutors are all free to submit opinion pieces to assorted media outlets—as many have already done—but this Court is not a forum for their alleged special interest. The “Watergate Prosecutors” have no special role and no authority whatsoever to insert themselves in this litigation on behalf of anyone. They are no different than all those whose requests and attempts this Court has quickly and resoundingly denied.

The Flynn team went on to trash the constitutionality of the Independent Counsel Act, which is similar to the law which allowed the appointment of Robert Mueller. Even though the Act has been upheld as constitutional, the Flynn team rallied around the words of a late conservative champion: “Justice Antonin Scalia’s lone dissent on the separation of powers won the day in the long run,” they said, even though it didn’t. (Lone dissents don’t win the day.) Relevantly, the Flynn argument is that the function of prosecution is the function of government, not a friend of the court. The team notes that former attorneys general Eric Holder and Janet Reno testified against the Independent Counsel Act.

READ the documents and exhibits below:

Flynn Opposition to Notice … by Law&Crime on Scribd