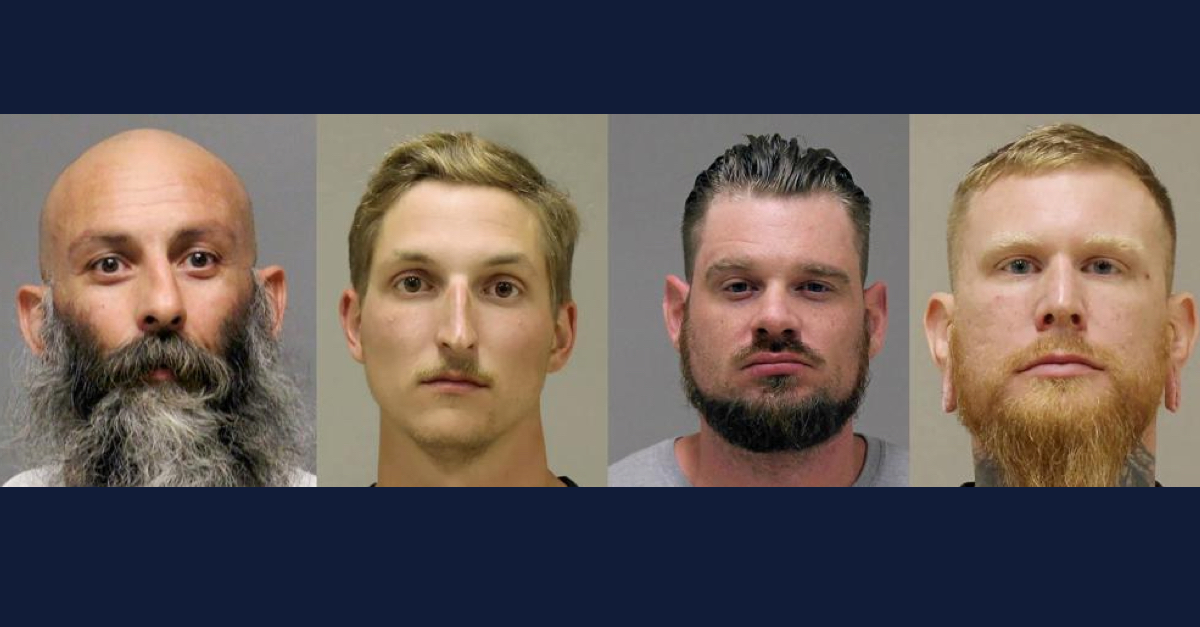 Daniel Harris and Brandon Caserta were found not guilty on Friday of kidnapping conspiracy charges. Harris was also acquitted of charges relating to a gun and explosives.

The jury was deadlocked as to Adam Fox and Barry Croft Jr., who both faced conspiracy and explosives charges. Hours before announcing the verdict, the jury had told the U.S. District Judge Robert James Jonker that they were struggling to reach a unanimous conclusion on the charges against the two men. Jonker instructed the jury to continue deliberating, but apparently that extra time didn’t make a difference.

Six men were arrested in October 2020 in connection with an alleged plot to kidnap Whitmer in furtherance of a plan to violently overthrow the government, according to prosecutors. They were indicted by a federal grand jury that December.

According to the government, the charges came after what was described as a high-stakes undercover operation that used confidential sources and clandestine recordings to gather information about a group that was allegedly planning to kidnap Whitmer.

“This group used operational security measures, including communicating by encrypted messaging platforms and used code words and phrases in an attempt to avoid detection by law enforcement,” the Justice Department said while announcing the arrests.

Members of the group allegedly conducted surveillance on Whitmer’s vacation home, discussed using explosive devices to divert police from the area of the home, and inspected a potential location to place the explosive. At trial, defense lawyers mounted an entrapment defense by arguing that federal law enforcement had cajoled or tricked their clients into planning the would-be kidnapping.

Attorneys for the defendants accused prosecutors of “egregious overreaching,” arguing in a motion to dismiss that the FBI’s goal was to turn “general discontent with Governor Whitmer’s COVID-19 restrictions into a crime that could be prosecuted.”

“Today, Michiganders and Americans—especially our children—are living through the normalization of political violence,” the statement said. “The plot to kidnap and kill a governor may seem like an anomaly. But we must be honest about what it really is: the result of violent, divisive rhetoric that is all too common across our country. There must be accountability and consequences for those who commit heinous crimes. Without accountability, extremists will be emboldened.”

U.S. Attorney Andrew Birge, of the Western District of Michigan, said that Fox and Croft will face trial again.

“Although we are disappointed the jury did not reach decisions in our favor, we continue to respect the jury trial system whatever the outcome,” a statement from Birge’s office said. “And we thank the jury for their service. Two defendants now await re-trial and, for that reason, we have no further statement at this time.”