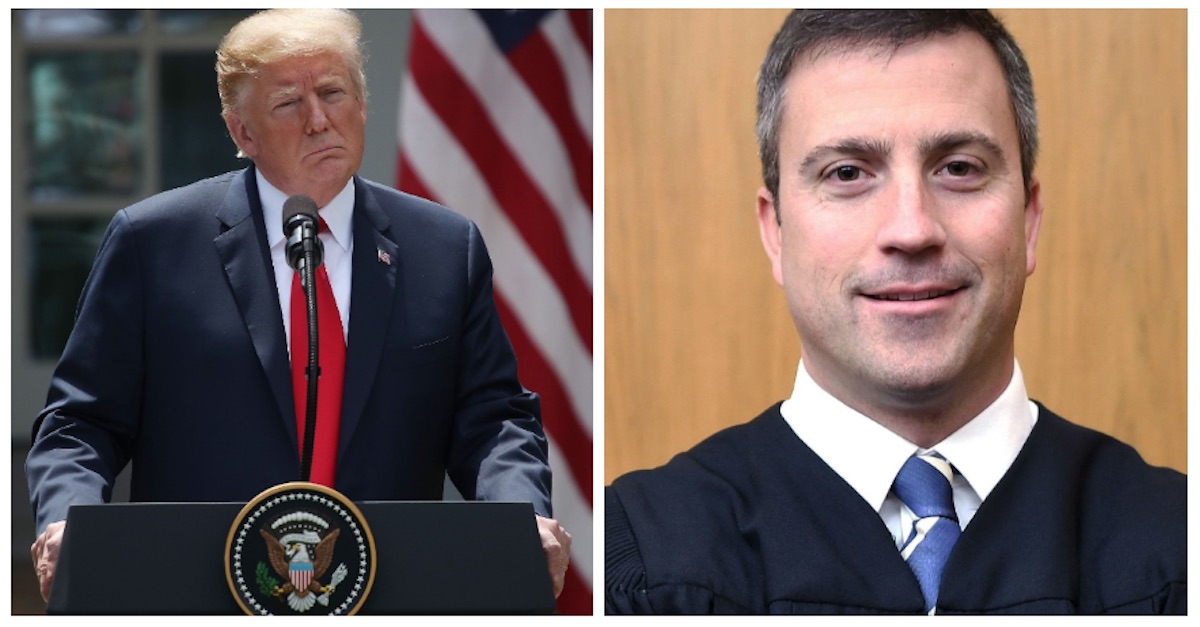 The federal judge handling the House Ways and Means Committee’s lawsuit against the Treasury and IRS for President Donald Trump’s tax returns decided to stay the case on Tuesday pending the outcome of the Don McGahn subpoena case. This prompted some truly perplexing reactions online, since the cases seem to be entirely unrelated. But they are, in at least one important respect, related.

In a minute order, U.S. District Judge Trevor N. McFadden pumped the brakes on the case “[f]or the reasons stated on the record” during a Tuesday telephone conference. There was no additional information provided, and the reaction was fast and furious, in no small part because McFadden is a Trump-appointed federal judge who donated money to the Trump presidential campaign.

There is essentially ZERO connection between an interpretation of the US Tax Code's privacy provision and McGahn's assertion of privilege.

I get it that this judge is new and Trump-appointed, but if he wants the public to have confidence in his very slow performance, he should state his reasons in a court order that everyone can read.

Otherwise, people might get the impression he’s running interference for Trump. https://t.co/s1EUVfFmzw

Another reminder why House Democrats aren’t waiting for the courts to resolve these issues before moving forward. https://t.co/wN6dMcdu7Z

But could it simply be the case that this is an issue of standing? University of Iowa Law Professor Andy Grewal says, “Yes.”

“Each case implicates whether Congress has standing to sue the executive branch. That is a deeply debated and uncertain question, present in both controversies,” Grewal told Law&Crime. “In McGahn, the case is treated as the House suing the executive branch, even though McGahn is now a private person. And in the tax returns case, you have a lawsuit directly between the House and the Treasury/IRS.”

The three-part Article III standing test requires that the plaintiff demonstrate an “injury in fact” if a lawsuit is to move forward:

1) The plaintiff must have suffered an “injury in fact,” meaning that the injury is of a legally protected interest which is (a) concrete and particularized and (b) actual or imminent

3) It must be likely, rather than speculative, that a favorable decision by the court will redress the injury

As recently as 11 days ago in the McGahn case, Department of Justice attorneys argued before the U.S. Court of Appeals for the D.C. Circuit that it didn’t think Congress can “ever” assert an “institutional injury.”

“In your view, when may Congress–or a chamber of Congress–assert an institutional injury?” Judge Thomas B. Griffith asked DOJ attorney Hashim Mooppan.

The DOJ response, emphases ours:

We don’t think they ever can, your honor, but certainly not in a case where it’s an asserted injury against the executive branch. We think that Raines reaffirmed the proposition that a dispute, an injury, only gives rise to an Article III controversy, when it’s the type of dispute that’s traditionally resolved in federal courts.

It should also be noted that DOJ has not been shy about saying that it thinks the McGahn case and the tax returns case are related.

The Department of Justice voiced its disagreement in late Nov. 2019, after U.S. District Judge Ketanji Brown Jackson ruled against the DOJ in the McGahn subpoena case.

“The Executive Branch disagrees with the McGahn decision and has filed a notice of appeal to the D.C. Circuit,” the DOJ wrote in response. The DOJ said Judge Jackson’s McGahn decision “rejected several threshold arguments that Defendants and Defendant-Intervenors have also presented in [the tax return] case” [emphasis on standing issue ours]:

The DOJ then said the appellate court’s decision in the McGahn dispute was “likely to be highly relevant to this Court’s resolution of the pending motion to dismiss” in the House Ways and Means case.