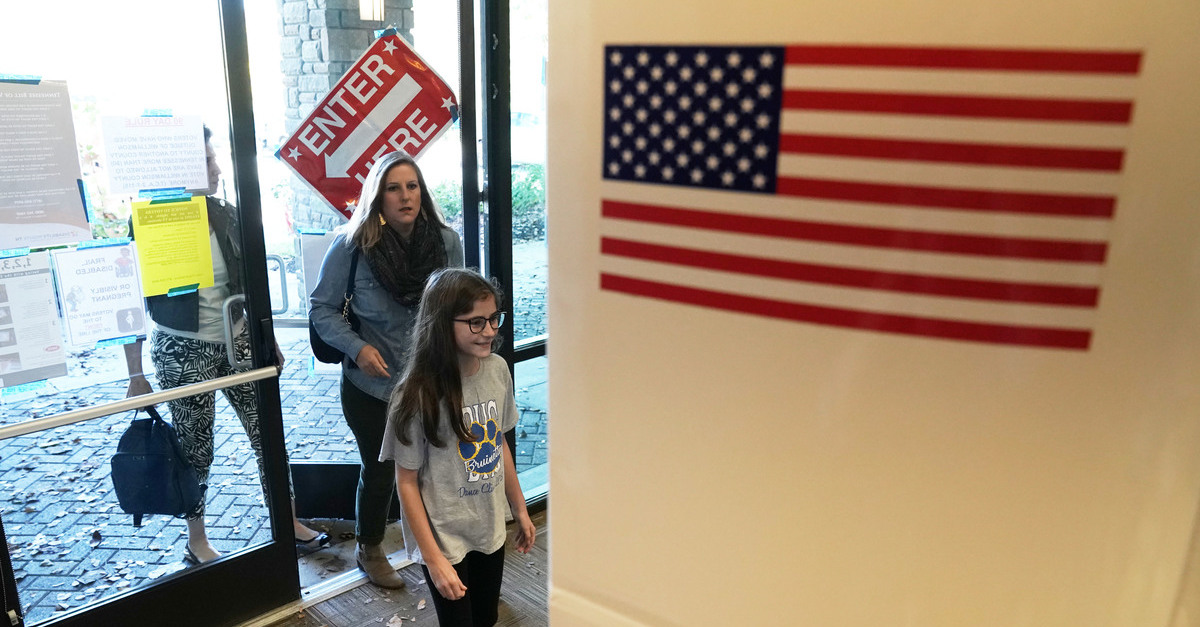 A federal court on Thursday blocked a Republican Party-drafted law aimed at restricting voter registration drives in Tennessee. The move is being hailed as a huge victory for voting rights advocates–and potential voters–in the Volunteer State.

The 45-page order slaps down various GOP attempts to regulate voter registration organizations and individuals with a series of onerous rules contained in House Bill 1079, which was signed into law by Tennessee Governor Bill Lee on May 2, 2019.

The final above-noted requirement offered a sweeping definition of such communications which included any website set up “for voter registration purposes” including “websites created to allow users to look up [their own] registration information.” Additional disclaimers were required for any communications which “captures or collects the voter’s information or data.”

Violating any of the act’s provisions could result in substantial–and increasingly punitive–criminal penalties and fines.

A large coalition of voting rights groups and other organizations involved in voter registration sued various Tennessee officials in their governmental capacities on First Amendment grounds, arguing “that it will be difficult or even impossible to continue their [voter registration] activities while complying with the” legislation.

Previewing the eventual decision early on, U.S. District Judge Aleta A. Trauger offered a tidy summary of how the various organizations go about registering voters.

“A number of organizations and individuals, recognizing that a lack of registration is the only legal obstacle preventing many Tennesseans from voting, engage in activities intended to assist unregistered qualified voters in filing registration applications,” Trauger noted. “Some of those efforts are small and informal, between friends, family, neighbors, and coworkers. Other efforts to assist in voter registration are larger and directed at the broader public, such as the operation of voter registration desks at schools, community centers, concerts, and other locations frequented by unregistered prospective voters. These efforts historically have involved collecting paper registration forms, although modern technology also allows organizations to assist voters in registering electronically.”

In other words, the voting rights coalition effectively argued they were being unduly burdened by the state from engaging in their constitutional and First Amendment right to petition.

In response to the voting rights organization’s right to petition claims, Tennessee Republicans argued that submitting petitions to register voters was simply not deserving of First Amendment protection. Judge Trauger summarily dismissed that line of thought.

The injunctive order read as follows [emphasis in original]:

The defendants nevertheless argue that those cases should not apply here because voter registration drives, unlike petition drives for ballot initiatives, do not involve “communication with voters about proposed political change” and, therefore, are entitled to less First Amendment protection. But…the creation of a new voter is a political change—no less so than the inauguration of a new mayor or the swearing-in of a new Senator. The often-repeated premise that voting is the “political right…preservative of all rights,” is not just a comforting aphorism; it reflects an acknowledgment that, in the American system of governance, every decision to grant, preserve, or take away a right can be traced, in at least some partial way, back to an election. If anything, a person’s decision to sign up to vote is more central to shared political life than his decision to sign an initiative petition. A petition in support of a ballot initiative might lead to a change in one law or a few laws, but a change in the composition of the electorate can lead to the change of any law.

Trauger went on to note that the basic decision of whether or not a person decides to register to vote is inherently political in and of itself.

“Registering to vote is not a politically neutral act, and neither is declining to,” the decision continued. “A person seeking to register voters may, for example, find herself confronted with people who, based on their beliefs about politics and government, consider voting to be unimportant, a waste of time, or even a pernicious tool for lending legitimacy to an intolerable system.”