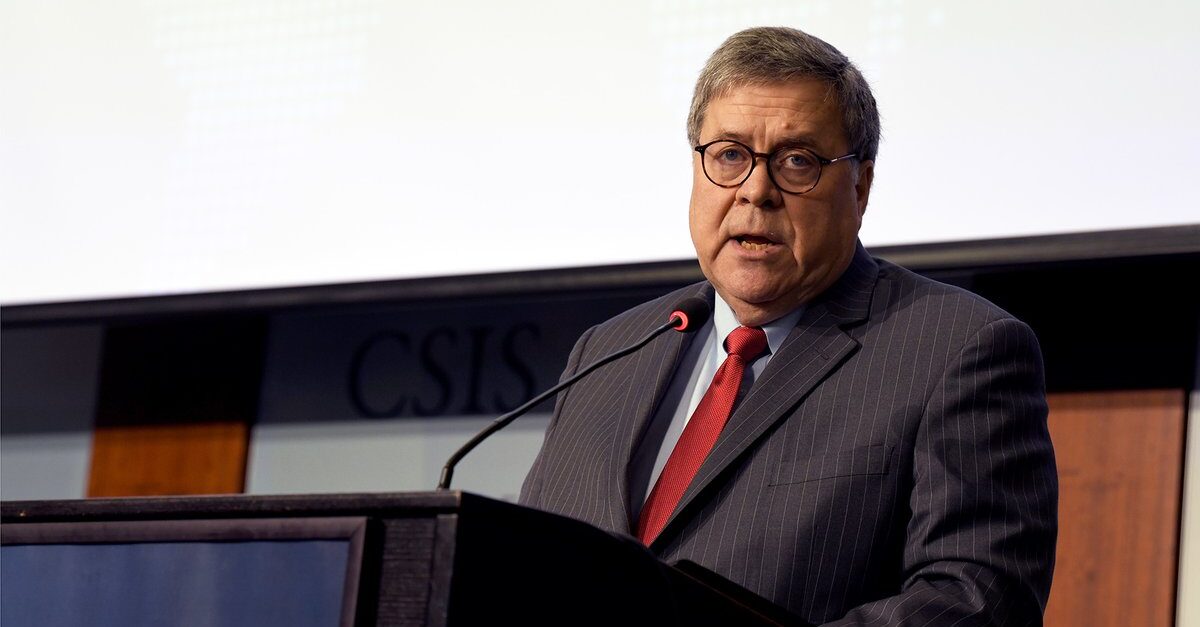 A federal court on Tuesday rejected an effort by the U.S. Department of Justice (DOJ) to substitute the United States as the defendant in E. Jean Carroll’s defamation lawsuit against President Donald Trump.

In the process, Senior U.S. District Judge for the Southern District of New York Lewis Kaplan, who was appointed by Bill Clinton in 1994, offered Attorney General Bill Barr and his subordinates at the DOJ a quick lesson about “basic civics” and the U.S. Constitution.

Recall: Carroll accused the 45th president of raping her sometime in late 1995 or early 1996. She initially made that accusation during the summer of 2019 in a book excerpt. Trump later denied the accusation in an interview with The Hill and elsewhere. Carroll went on to sue Trump for defamation in New York State court.

For months, the lawsuit made its way through the Empire State’s legal system. Carroll won many small battles and then, in August, Trump was given a deadline to produce his DNA as part of discovery. After that, the DOJ quickly moved to commandeer the lawsuit by attempting to substitute the United States itself as the defendant–which would have the impact of immunizing Trump from Carroll’s claims.

A hearing (if one could call it that) occurred last week–with the DOJ effectively surrendering most of its arguments due to an apparent error about courtroom procedure. Judge Kaplan was left to rule on the merits of the case by simply looking at each sides’ previously filed motions.

The overarching legal issue, the court noted in its 61-page opinion and order, was whether or not the president qualifies as an “employee” of the federal government under the relevant federal law that limits tort recovery against government agents. This law, known as the Westfall Act, is actually a Reagan-era amendment to the Federal Tort Claims Act of 1946–and is known colloquially due to the Supreme Court decision that enlarged the rights of private citizens to sue the government for redress. Westfall, in other words, was a reactionary effort by the U.S. Congress to claw back those rights.

Though the lengthy ruling delves, as a matter of judicial necessity, into the various moving parts and details that make up both laws, the court makes it clear that the underlying legal issue is actually very easy to dispense with.

As a threshold matter, the Westfall Act applies to any “employee of the Government” and the phrase is codified at 28 U.S.C. § 2671.

Per the ruling [emphasis in original]:

The president is a constitutional officer. He occupies the highest office in our nation, which is created by Article II of the Constitution. But that is not what Section 2671 requires. It speaks only of “officers . . . of any federal agency,” not officers of the United States within the meaning of the Constitution. So we turn to the question whether the president is an officer “of any federal agency” within the meaning of Section 2671.

The DOJ had made half an attempt at arguing that the statute’s text is either unclear or non-exhaustive and therefore invites court’s to enlarge the meaning of “employees of the Government” so that it can also “include categories of individuals that Congress did not see fit to identify.” But, the court noted, since the government abandoned that argument by declining to argue their case last week, the argument doesn’t particularly need to be addressed.

“In any case, the court would reject this argument,” the ruling noted. “[I]f Congress had intended to include an individual as significant and obvious as the president in this statute, it would have done so clearly.”

The court went on to dismiss the government’s case using the text of the statute itself–contrasting the government’s stated and half-baked legal theories with the White House’s own public verbiage regarding the distinctions between various federal agencies and how they function.

“Because the president is at the apex of the executive branch, many think of him, in a colloquial sense, as the ‘head’ of many federal departments, agencies, and organizations,” Kaplan said. “At the very least, one might imagine that he leads some agency at the core of the executive branch. The government has not attempted to identify any such agency in its papers.”

But those popular notions, however, are not the same as how things actually work in practice, law or according to the U.S. Constitution.

“Indeed, the basic civics lessons on the White House’s website draw a clear distinction between ‘the executive branch,’ ‘the executive departments,’ and ‘federal agencies.’ Its page on ‘The Executive Branch’ states that the Constitution vests in the president ‘[t]he power of the Executive Branch’ and that ‘[f]ifteen executive departments – each led by an appointed member of the President’s Cabinet – carry out the day-to-day administration of the federal government,'” Kaplan concluded.

[image via the U.S. Department of Justice]