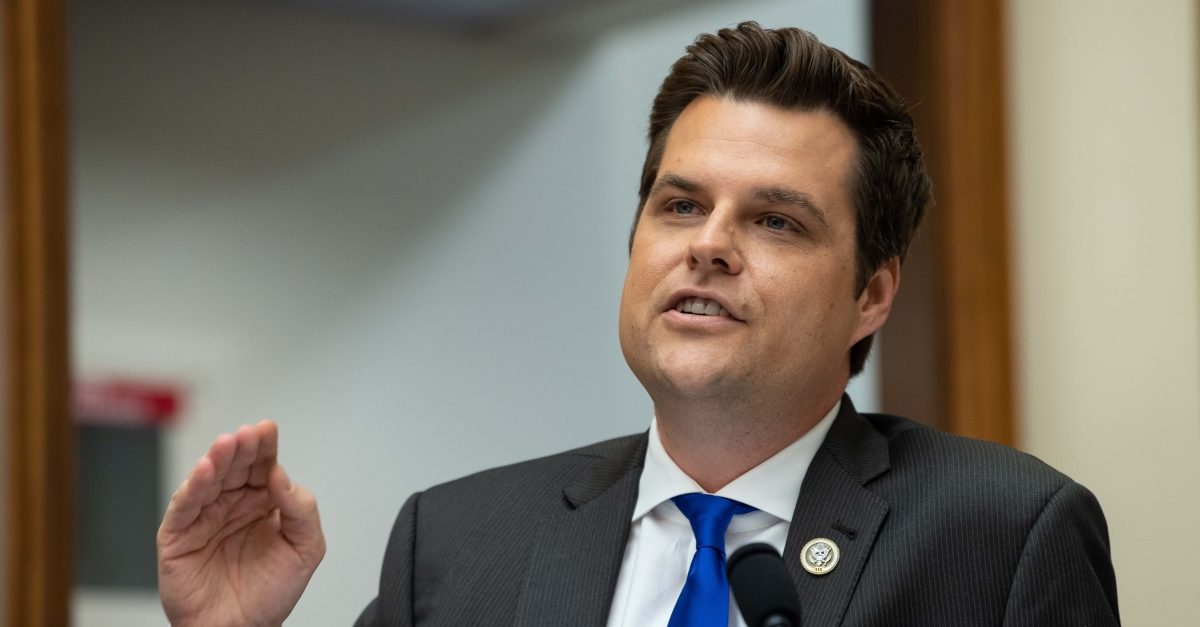 According to the report, sourced from three people who allegedly heard about the encounter directly from the congressman, Gaetz’s former girlfriend’s personal phone was also taken by federal agents.

Gaetz—who has not been charged in the matter—has denied wrongdoing, denied seeking a pardon from Trump, claimed he is the victim of an extortion plot, and blamed Attorney General Merrick Garland for an investigation that began when Bill Barr served in that role. Gaetz said he has never paid for sex and he claimed that the last time he had a sexual relationship with a 17-year-old was when he was 17. He has also set his Venmo transaction history to private.

But Gaetz’s situation has appeared to steadily worsen since news of the probe—which grew out of an investigation into former Florida tax collector Joel Greenberg—first broke late last month. Gaetz initially claimed that the allegations stemmed from an effort to extort him and were politically motivated. However, subsequent reports revealed that while there appeared to have been an alleged attempt to extort Gaetz, the attempt occurred after the DOJ’s sex-trafficking investigation had been opened.

Gaetz is alleged to have sent Greenberg $900 through the payment app Venmo, which Greenberg allegedly sent to three women.

Greenberg has pleaded not guilty to 33 criminal charges that include counts of sex trafficking of a child, wire fraud, and conspiracy to bribe a government official, but his attorney last week signaled that he was close to striking a deal with investigators—one that could make Gaetz particularly uneasy. The New York Times on Tuesday reported that Greenberg had been cooperating with authorities last year “once he realized that the government had overwhelming evidence against him.”

Following a brief court proceeding last week, Greenberg’s attorney Fritz Scheller made a rather ominous prediction when asked if Gaetz should be worried about his client being close to a plea deal.

Scheller trailed off before making an interesting guess about how Gaetz is feeling about all of this.

Earlier this week, a representative for Gaetz denied that the congressman had anything to worry about.

“Congressman Gaetz has never paid for sex,” a Gaetz spokesperson told Business Insider. “Based on reporting from Politico, it seems Mr. Greenberg has been trying to ensnare innocent people in his troubles for quite some time.”