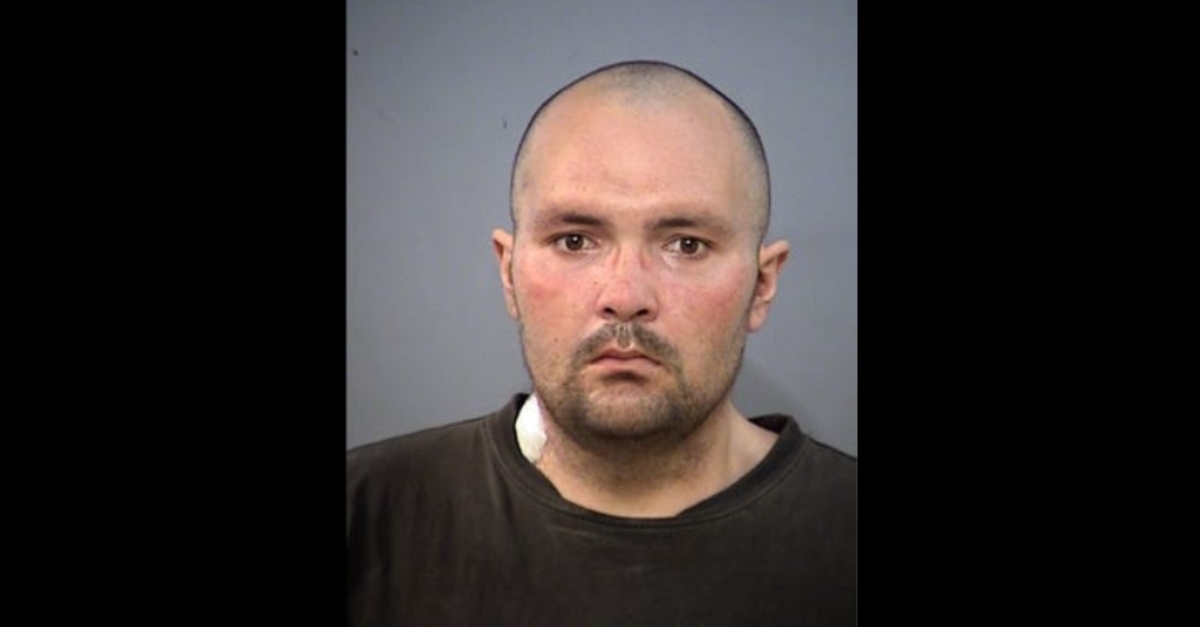 Police in Indianapolis, Indiana say a man brutally murdered a woman by beating her with a baseball bat, and stabbing her in the back 24 times. Daniel Gentry, 31, killed Chrishteena Pauline Veach, 39, police said in an arrest affidavit obtained by The Indianapolis Star.

Officers said they found the victim’s body after her electronic ankle monitor had not moved in more than six hours. They zeroed in on her last known location, and followed a blood trail to her partially buried body in the woods. An autopsy determined the horrific cause of her death.

Gentry landed on law enforcement’s radar early Tuesday morning, after a report of a people arguing. The responding officer spoke to a woman limping, her shoes and pants wet and muddy below the knee. She sustained a number of scrapes and the like across her arms and face. The woman claimed to have gotten into a fight with her friend over $30. That escalated to her striking her friend, and the friend striking her with a frying pan.

According to cops, Gentry picked her up and claimed the woman and their friend got into a physical confrontation. His shoes were also muddy, and his hands “cut up and bloody,” officers claimed. Gentry allegedly asserted he had been out looking for escaped dogs.

But police said they spotted Gentry nearby when they were waiting for a tow truck to take away an abandoned red pickup, which they discovered belonged to him. A search of the defendant’s home allegedly turned up blood, including on a bat, trash can, and door. Gentry allegedly told cops during the arrest that he put the victim’s body in the bed of a pickup. He allegedly claimed Veach had fought with his wife.

Gentry remains locked up without bond at the Marion County Jail on a count each of murder, and possession of paraphernalia, according to online records viewed by Law&Crime. He has no attorney of record. An initial hearing was held Wednesday morning. A jury trial is scheduled to begin June 28.