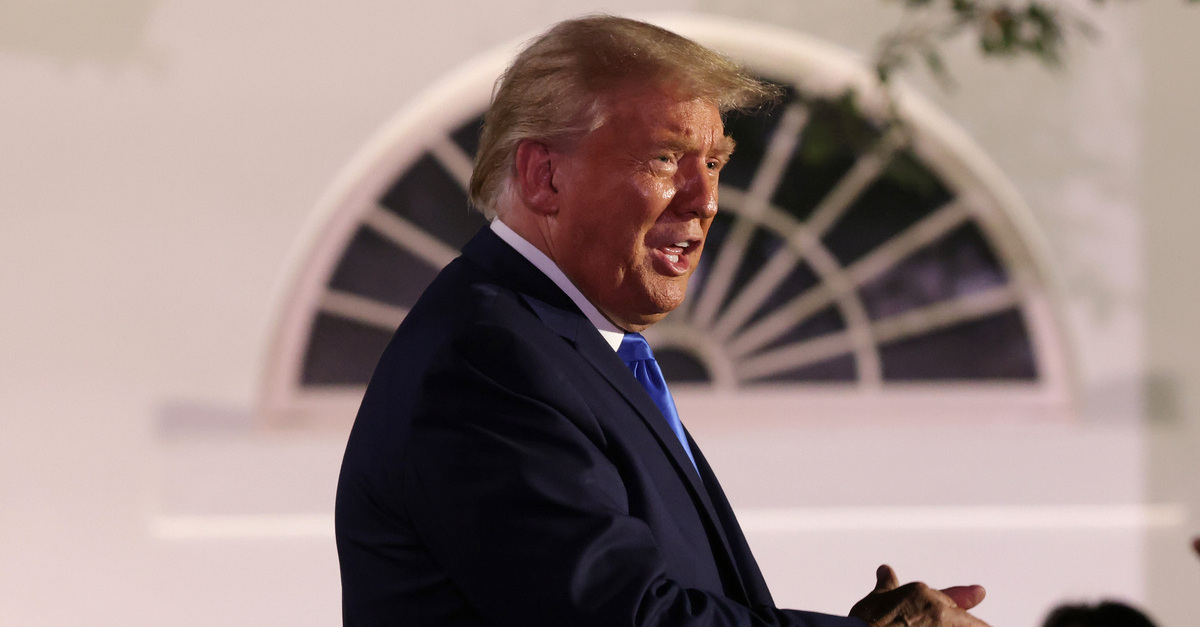 The U.S. Court of Appeals for the Second Circuit ruled in favor of President Donald Trump on Tuesday, keeping the 45th president’s tax returns out of the hands of New York state prosecutors—at least for the immediate future.

The dispute over a subpoena of Trump’s finance firm Mazars USA has been ongoing on for many months. Here’s some background on this particular battle, in which several years of the president’s tax returns and financial records are at risk of disclosure.

Manhattan District Attorney Cyrus Vance issued a subpoena for Trump’s tax returns in an ongoing grand jury investigation that seeks additional information about hush money payments paid to women prior to the 2016 election, as well as allegations of bank fraud and insurance fraud. Earlier this summer, President Trump fought this particular subpoena (along with others, issued by Congress) all the way to the Supreme Court; the president argued that he was absolutely immune from the criminal process, and moved to quash the subpoena on the basis.

Trump lost his absolute immunity challenge of the grand jury subpoena when SCOTUS ruled in July that “Article II and the Supremacy Clause do not categorically preclude, or require a heightened standard for, the issuance of a state criminal subpoena to a sitting President.” The 7-2 decision was delivered by Chief Justice John Roberts, with only Justices Clarence Thomas and Samuel Alito dissenting.

Next, Trump made a second attempt at blocking enforcement of Vance’s subpoena, this time seeking an injunction on legal grounds. On Aug. 21, the district court denied that injunction, ruling that Trump hadn’t come up with new arguments warranting a different outcome. U.S. District Judge Victor Marrero for the Southern District of New York wrote the following in his ruling:

In the prior proceedings, the President raised substantially the same or similar arguments, which the Court rejected. To that extent, the [second amended complaint] in substantial part merely reiterates factual allegations made in the President’s prior complaint. The revised pleadings thus prompted a motion to dismiss the action, hence calling upon the Court to devote considerable judicial resources to consider again a fact pattern it believes the parties had thoroughly argued and the Court had substantially addressed.

Trump’s legal team requested a stay to halt Marrero’s order from taking effect. Judge Marrero quickly denied that motion for a stay. Trump’s lawyers then immediately appealed to the Second Circuit, requesting an administrative stay of the subpoena pending the outcome of the underlying appeal.

The Second Circuit declined that request and scheduled oral arguments for today, Sept. 1. Although there had been some speculation that the denial of the stay would create an opportunity for Vance to actually enforce the subpoena,Vance last week that his office would wait until after the Second Circuit ruled on the president’s emergency appeal.

Oral arguments proceeded before a three-judge panel of Second Circuit on Tuesday via videoconference. Both sides focused on delays as helpful to their arguments.

Underway! Trump’s lawyer William Consovoy says the balance of harm weighs in favor of a stay because the DA has already waited a year for these docs. The DA, on the other hand, has said they’ve been harmed during this wait and shouldn’t have to wait anymore

The court also questioned the procedure by which Trump challenged the subpoena:

Judge Lohier asks why Consovoy didn’t file a motion to quash. Consovoy’s answer has to do with Trump’s unique status – says he needed to go into federal court with a civil action

Responding to a standard argument against production of highly-sensitive documents, Manhattan DA Vance’s general counsel Carey Dunne argued that there could be ways to mitigate the conflicting results of subpoena enforcement followed by later adverse order by a higher court:

Dunne says there are ways to “put the toothpaste back in the tube” if the court were to allow the production of docs and later reverse. New grand jury, new prosecution team are possibilities, but of course he says that’s unlikely here

The Second Circuit granted a stay on Tuesday, pending a full appeal of the case. In its order, the court also required Trump’s brief to be filed by Sept. 11, and Vance’s response by Sept. 21. Thereafter, oral arguments on Trump’s appeal will be held on Sept. 25.

Whatever the result, a petition for an en banc rehearing could follow; so could an appeal to the Supreme Court.

The Manhattan DA’s Office has stressed that time is of the essence, warning that “issues could arise in the near future concerning the applicable statutes of limitations” due to the “age of many of the transactions at issue in the grand jury’s investigation.”