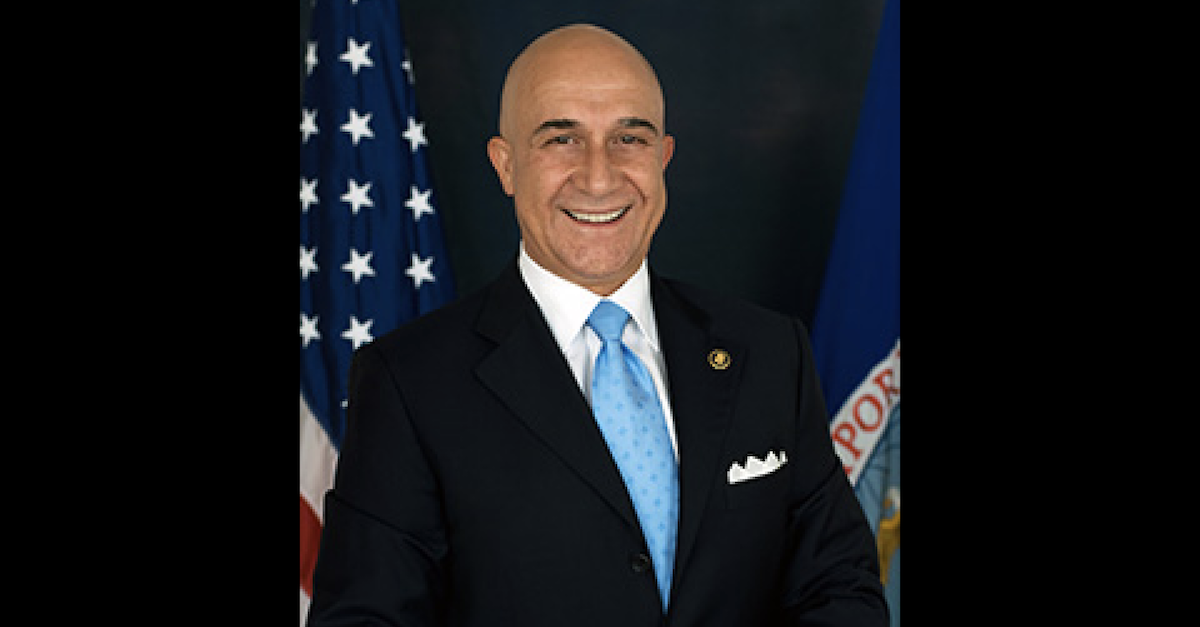 A complete panel of federal appeals court judges has declined to hear the case of a former Trump transition team member convicted of recruiting Michael Flynn to take part in a Turkish government influence operation.

In July 2019, a jury convicted Bijan Rafiekian, also known as Bijan Kian for short, 69, of San Juan Capistrano, Calif., of acting as an undisclosed agent of a foreign government and of conspiring with Kamil Ekim Alptekin, 43, of Istanbul, to covertly operate in the United States. Federal District Judge Anthony John Trenga of the Eastern District of Virginia threw out the conviction and, in the event of an appeal, preemptively granted Rafiekian a new trial.

A standard panel of three judges on the Fourth Circuit Court of Appeals ruled on March 18th the district judge was wrong to throw out the verdict and wrong to conjure up the thought of a new trial. Circuit Judges Paul V. Niemeyer (a George H. W. Bush nominee), Barbara Milano Keenan (a Barack Obama nominee), and James A. Wynn, Jr. (also a Barack Obama nominee) said that the jury “heard sufficient evidence” to convict, even if the sub rosa nature of the conspiracy made it mostly circumstantial.

“Under our deferential standard of review, we must uphold the jury’s verdict if any trier of fact could have found that the evidence either direct, circumstantial or a combination of both — along with any reasonable inference[s]” established the essential elements of the crime beyond a reasonable doubt,” the three-judge panel ruled. “Based on the evidence presented, a rational juror could conclude that Project Truth was synonymous with Project Confidence; that the Turkish government was, in fact, behind the project; that, through Alptekin, Turkey communicated both general and specific instructions; and that Rafiekian hewed to those directions over the life of the engagement—all without notifying the Attorney General. That is enough to make out a § 951 violation.”

The three-judge panel also ruled that the district judge “failed to adequately take into account judicially recognized factors constraining its authority and rested its decision on erroneous legal premises” (some internal punctuation omitted). In other words, the district judge was way out of line.

In a succinct one-page order, the Fourth Circuit on Tuesday refused to re-hear the case en banc — with every judge on the circuit sitting.

That leaves Rafiekian to plead for help from the U.S. Supreme Court. It is both statistically and legally unlikely the high court will take the case.

Here’s how the Department of Justice summed up the underlying facts:

Rafiekian . . . along with . . . Alptekin . . . a Turkish national with close ties to the highest levels of the Government of Turkey, were involved in a conspiracy to act covertly within the U.S. on instructions from the Turkish government. The plot included using the services of the Flynn Intel Group (FIG), a company founded by Rafiekian and retired General Michael T. Flynn, to publicly and privately influence U.S. politicians and public opinion against a Turkish national, Fethullah Gülen , who is an imam, writer and political figure living in the U.S. Since 2015, the Government of Turkey has filed multiple extradition requests for Gülen in an effort to convince the U.S. government to extradite Gulen to Turkey.

Formerly an ally of Turkish President Recep Tayyip Erdoğan, Gülen fell out of favor with the strongman years before the July 15, 2016 coup attempt in Turkey. Gülen has denied any role in the aborted putsch, and the U.S. government has declined to extradite the cleric, who reportedly remains in a 26-acre compound in Saylorsburg, Pa., in the Pocono Mountains. Per the DOJ:

According to court documents, the purpose of the conspiracy was to use FIG to delegitimize Gulen in the eyes of the American public and U.S. politicians, with the goal of obtaining his extradition, which was meeting resistance at the U.S. Department of Justice. At the same time, the conspirators sought to conceal that the Government of Turkey was directing the work. However, not only was Rafiekian told by Alptekin that Turkish cabinet-level officials had approved the budget for the project, but Alptekin also told Rafiekian and Flynn during the project that he was providing the Turkish officials updates on the work. Rafiekian understood that Alptekin was relaying the Turkish officials’ directions on the work to Rafiekian, Flynn, and others at FIG. During a September 2016 meeting in New York City organized by Alptekin, Rafiekian personally met with Turkish officials and heard them express their desire for Gulen’s extradition, an objective he then pursued using FIG’s personnel and connections.

As Law&Crime previously noted, the alleged smear campaign was called “Project Truth.” Flynn wrote an anti-Gülen piece for The Hill on Election Day in 2016 describing Gülen as a “radical cleric.” Prosecutors said the tome was effectively ghostwritten by handlers with ties to Turkey. Flynn admitted he lied about the dealings when pleading guilty to his own charges under the Mueller probe; however, Donald Trump’s Department of Justice clawed back the case prior to sentencing and moved to dismiss the charges against Flynn. Before the judge ruled, Trump pardoned Flynn.

Rafiekian, a former Flynn business associate who after the 2016 election was appointed to Trump’s transition team, reportedly advised Trump on who he should select as “director of national intelligence,” the head of “the CIA,” and “other top officials,” The Associated Press reported in 2017. More specifically, he “helped scrutinize then-Rep. Mike Pompeo before he was named Trump’s CIA director,” the AP said.

US v RAFIEKIAN by Law&Crime on Scribd