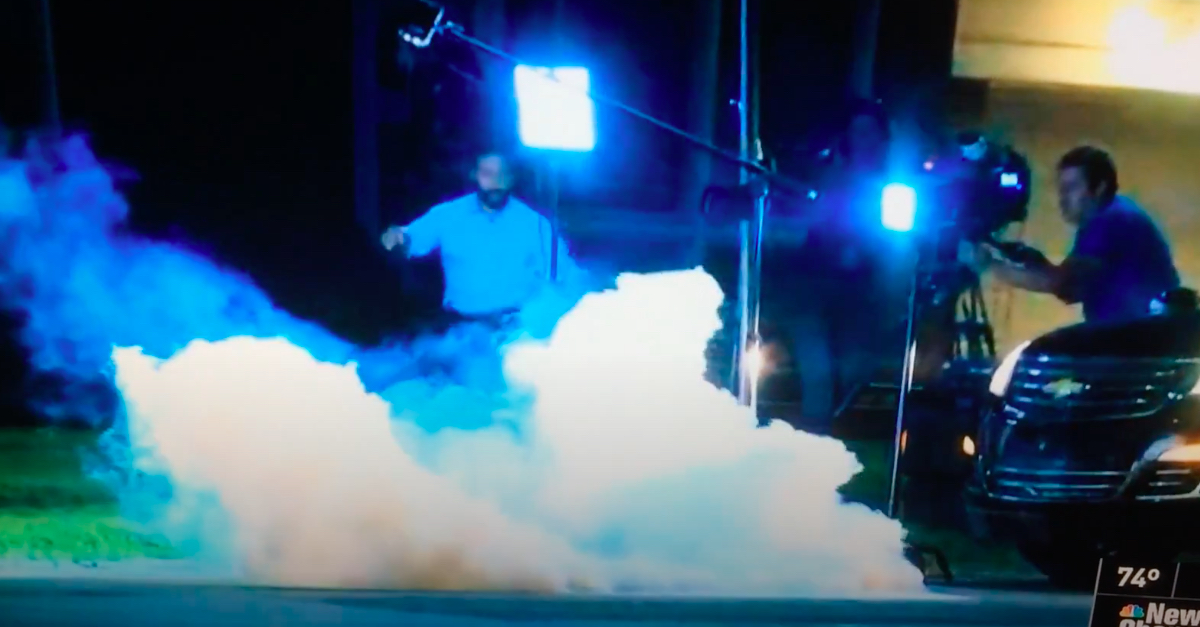 A federal appeals court on Thursday ruled that a member of St. Louis County SWAT team could be held personally liable for firing tear gas at three Al Jazeera reporters who were preparing for a live broadcast covering the 2014 Ferguson unrest that followed the death of Michael Brown.

A three-judge panel on the U.S. Court of Appeals for the Eighth Circuit upheld a district court ruling finding that Deputy Michael Anderson was not entitled to qualified immunity from civil liability because his actions interfered with the journalists’ constitutionally protected right to report the news under the First Amendment.

According to the ruling, at least four different videos showed the SWAT team approaching the reports, all of whom were a block and a half away from where the protests were occurring. After a rubber bullet was fired in their directions, the reporters identified themselves and the network, stating they were prepping to broadcast. Anderson then deployed “a single canister of CS gas (also known as ‘tear-gas’)” right at the reporters who were forced to scatter.

Anderson claimed projectiles were launched from the group of reporters who then refused to disperse, though no projectiles or requests to disperse were recorded on any of the videos of the incident.

Finding that Anderson appeared to specifically targeted journalists reporting on the protests, the court held that he was not entitled to qualified immunity.

In order for such a right to be “clearly established,” however, the particular conduct of the alleged violator(s) must have previously been established – sometimes meaning an earlier case involving virtually the exact same set of facts to such an extent as to place the statutory or constitutional question beyond debate. This is a subjective and often absurdly high bar for plaintiffs to clear.

“True, the Eighth Circuit has not considered a case ‘directly on point’ with the present facts—where reporters are arrested while peacefully filming a protest. An exact match, however, is not required if the constitutional issue is ‘beyond debate,’” the court wrote.

Providing a laundry list of past precedential cases establishing that “reporting is a First Amendment activity,” the court held that Anderson should have known his conduct was unconstitutional.

“Based on this robust consensus of cases of persuasive authority, it is clearly established that using an arrest (that lacks arguable probable cause) to interfere with First Amendment activity is a constitutional violation,” the court wrote. “A reasonable officer would have understood that deploying a tear-gas canister at law-abiding reporters is impermissible.”