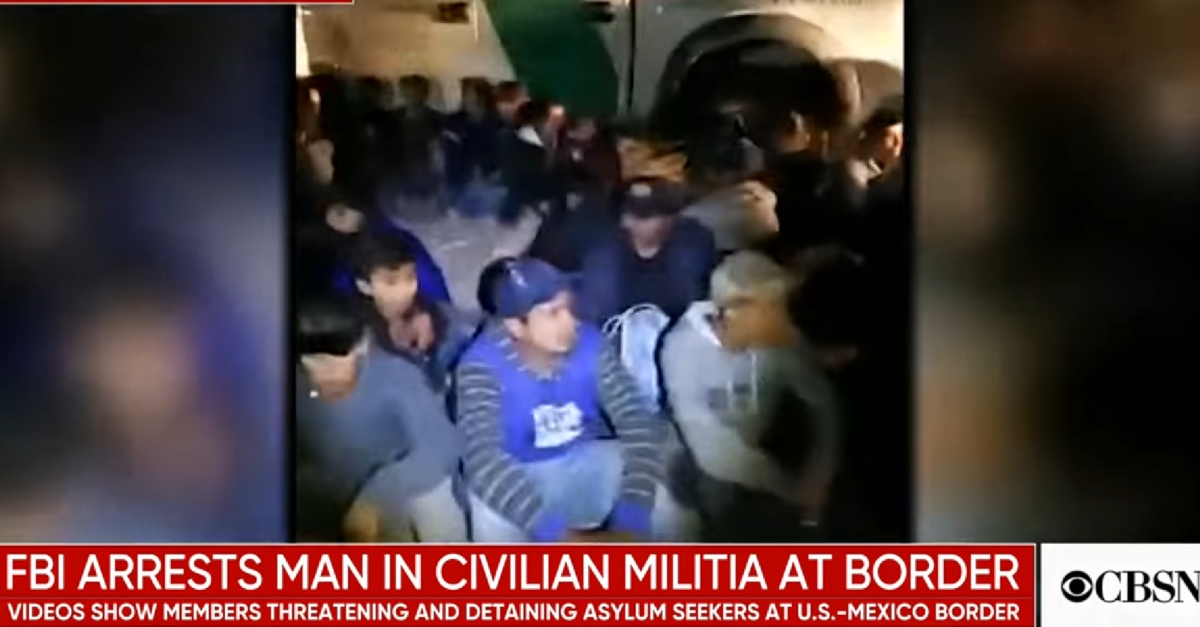 The FBI announced on Saturday the arrest of Larry Mitchell Hopkins, whose armed group has become infamous for detaining migrants to hand over to Border Patrol. The charge ostensibly has nothing to do with that.

Larry Mitchell Hopkins, 69, of Flora Vista, N.M., arrested today on federal complaint charging him with being a felon in possession of firearms& ammunition. #FBI arrested Hopkins in Sunland Park w/help of @sunland_park_nm PD.

Hopkins is known as leader of the United Constitutional Patriots. They’ve been hanging around the U.S.-Mexico border by Sunland Park, New Mexico, and stopping migrants at gunpoint, according to The New York Times profile. A spokesman for the group insisted that members implemented “a verbal citizen’s arrest” and that they’re there to support Border Patrol. He said in a report published Thursday that CBP never asked them to stand down.

“Interference by civilians in law enforcement matters could have public safety and legal consequences for all parties involved,” said an official.

“These individuals should not attempt to exercise authority reserved for law enforcement,” Balderas said in a statement.

Hopkins’ problems with the law dates back some years.

In February, I reported on Hopkins’ unusual arrest record, which appeared to indicate he was prohibited from possessing firearms. He’d pleaded guilty in 2006 to being a felon in possession of a firearm and no contest to impersonating a peace officer. https://t.co/nzJH51kTIg

It’s unclear if Hopkins has an attorney in this matter.