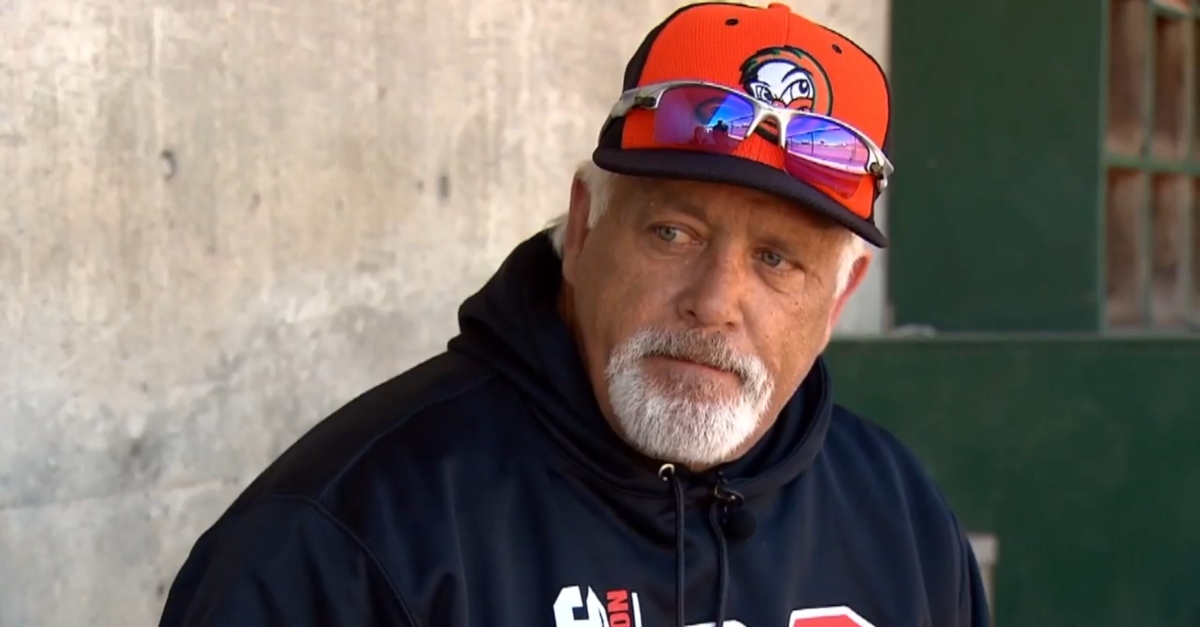 The name Wally Backman, 59, will be familiar to longtime fans of the New York Mets. The former second baseman and longtime baseball manager in the minor leagues was arrested Friday morning in New York for allegedly shoving his girlfriend. He was arrested for harassment and criminal mischief, according to Newsday.

Backman allegedly shoved the woman described as his girlfriend against a wall, twisted her hand, and stopped her from calling the cops by taking her phone. The alleged victim claimed this hurt her wrist, and that she also had a laceration, police said.

New details: Backman reportedly pushed the victim, described as his girlfriend, against a wall, twisted her left hand, and took her phone, stopping her from calling police, according to charging docs. The woman told police her wrist was hurt, and that she suffered a laceration

The defendant currently works as a manager for the Long Island Ducks, a team for the Atlantic League of Professional Baseball, which is unaffiliated with MLB.

“We are aware of the incident involving Wally and are in the process of gathering information,” general manger Michael Pfaff told the outlet.

Backman was arraigned and released from custody.

His attorney of record Stephen Civardi denied the allegation in a brief phone interview with Law&Crime, calling it “completely and patently untrue.” He said public figures like Backman were vulnerable to false claims by members of the public for their own purposes. Civardi said that they believed that the charges would be dropped after a full investigation by the district attorney’s office.

The defendant made a name for himself as second basemen for the World Series-winning 1986 Mets. Things have been a lot more fraught since then.

In 2004, he worked only four days as manager for the Arizona Diamondbacks after it was publicly revealed that he pleaded guilty to a 1999 DUI, and was arrested in 2001 for a domestic violence incident involving his wife. (She downplayed the incident in a 2005 interview with Sports Illustrated.) He pleaded guilty to harassment in that case. Backman had also declared bankruptcy in 2003. The team said it didn’t know about his personal problems.

He later got a second chance in 2009 as a minor league manager in the Mets organization. That ended in 2016 after the team reportedly fired him for ignoring the organization’s demands for how to use a certain player. Backman later had working stints in Mexico before coming back to baseball in America last year.