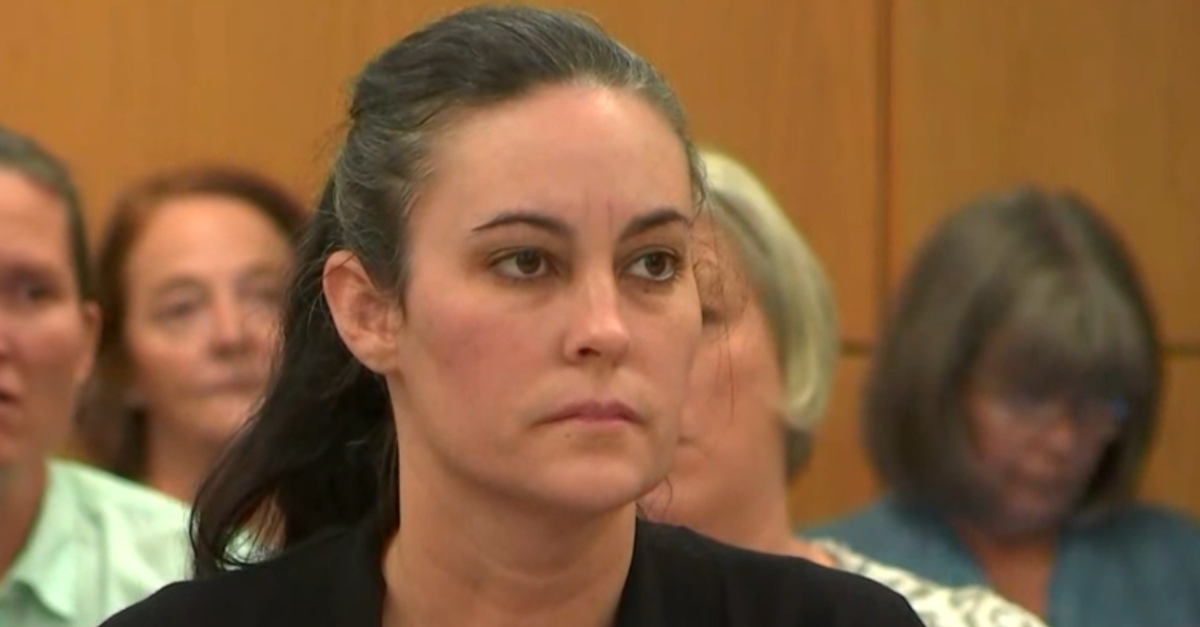 She fatally shot the victim, and buried the body in concrete and potting soil, prosecutors said.

Wright, a former police officer about of North Carolina, was in the middle of a divorce, and put $34,000 in the defendant’s safe deposit box, authorities said. She tried to take it back to no avail, and finally met with McArthur for a meeting on September 8, 2017. This was the last that anyone had heard from her.

The day after, McArthur was seen at a Home Depot purchasing concrete and potting soil.

#McArthurTrial – At 1:07pm on Sept. 9. 2017. the day after Taylor Wright was last heard from, McArthur is seen at the Home Depot buying bags of fast-setting concrete and potting soil. Wright’s remains were found on McArthur’s family’s property under potting soil and cement. pic.twitter.com/okuFR8TNJN

The defendant told police that she didn’t know what happened to Wright. Her defense pointed out during cross-examination of a witness that McArthur’s family was having construction done in a bathroom. Photos showed concrete bags in a trailer.

The defendant told detectives in an interview after the victim’s disappearance that she didn’t think Wright got hurt.

“I don’t believe Taylor’s been harmed,” she said. “I think Taylor is doing what Taylor does, but I don’t know, you know.” She said the then-missing woman was tough. “She’s always come across as being tough, and never made it anything other than–She’s always carrying weapons whether it’s knives, or guns, or whatever. She’s not an easy target.”