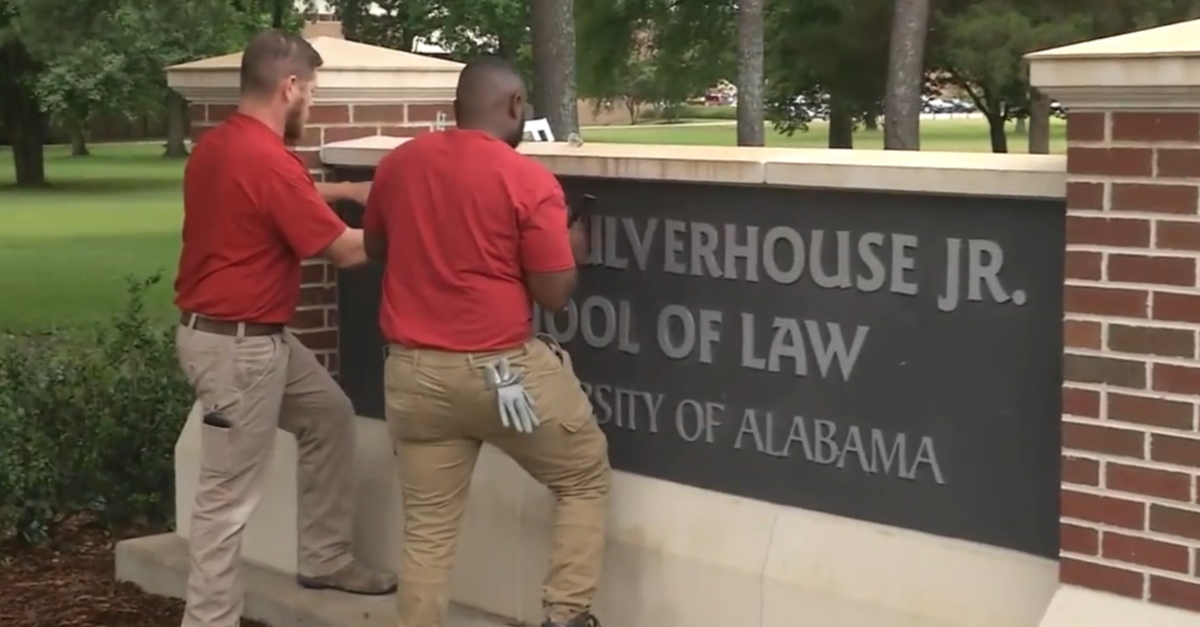 Philanthropist Hugh F. Culverhouse Jr. claimed the University of Alabama refunded a $21.5 million donation and took his name off the law school after he called for people to boycott the school over the state’s near-ban of abortion. The thing is, the school released a statement and emails on Sunday purportedly showing that Chancellor Finis “Fess” St. John recommended on May 25 to return the funds and rename the law school–four days before “any public comment by the donor about abortion.”

“Our decision was never about the issue of abortion,” they said. “It was always about ending the continued outside interference by the donor in the operations of The University of Alabama School of Law.”

They said he butted in on issues like student admissions, and hiring decisions.

“I really don’t care if the faculty likes, dislikes me,” said a Culverhouse email dated May 17. “There are too many and you analyze the 60% grant scholarship numbers and your instate students pay effectively $1,980. The school could drop 210 students and would have the same revenue as now.”

The correspondence apparently shows he demanded money back.

“This year I paid the University $10,000,000 well in advance of the scheduled payment date,” said a Culverhouse email dated May 24. “I would like those funds returned. You can send a check or wire transfer.”

Culverhouse did not immediately respond to a Law&Crime request for comment.

His story reached national attention on Friday, when The Washington Post published an op-ed in which he called out the university for refunding his donation and taking his name from the law school. He framed this as an attack on abortion rights, with students as collateral damage.

“It has been painful to witness administrators at the university choose zealotry over the well-being of its own students, but it’s another example of the damage this attack on abortion rights will do to Alabama,” he wrote.

This was the same day that the school trustees voted to refund the $21.5 million.

University officials said on Friday that they refunded the money over his interference in operations, but they didn’t elaborate as much as they’re doing now. At the time, Culverhouse doubled-down on his stance.

“I want to make clear that I never demanded that $21.5 million be refunded and wonder if the University is attempting to silence my opinions by their quick response,” he said, according to AL.com. “I will not be silenced.”