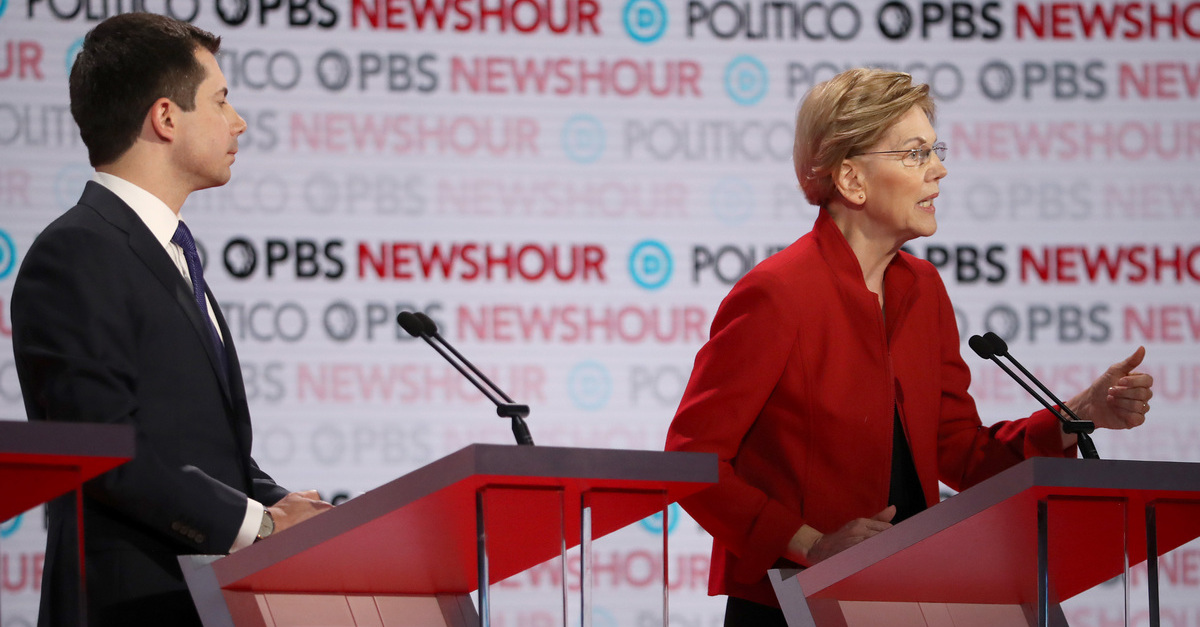 Pete’s military experience and closing message from Iowa work everywhere especially in Nevada where it’s critical they see this on the air through the caucus.

The issue with the tweet appears to be who, exactly, the message was intended for–many people speculated that it was formulated like a Twitter direct message (DM) due to the phraseology evident in the tweet’s syntax.

“Was this meant to be a DM or did you mean to tweet out this instruction to your super PAC?” tweeted Warren campaign manager Roger Lau.

“Are you instructing a PAC via vague tweeting?” asked high-profile Warren campaign surrogate and Working Families Party Strategy Director Nelini Stamp. “Also are you predicting the future bruh cuz last I checked Nevada was in a few weeks.”

“Fun fact about how some campaigns exploit our broken campaign finance laws: if it was a DM it would be illegal,” Lau added parenthetically.

In fact, coordinated communications between a campaign and a super PAC are generally illegal under federal campaign finance law as administered by the Federal Election Commission (FEC)–no DMs are actually necessary.

What Lau likely meant was that Halle’s message on behalf of Buttigieg, if sent via DM, would be manifestly illegal and direct evidence of coordination between the former mayor’s campaign and his affiliated super PAC.

The federal election code notes that “regulations shall not require agreement or formal collaboration to establish coordination.”

FEC regulations offer a broad swathe of behaviors which qualify as prohibited coordination between candidates for federal office and outside spending groups–including a communication that is “paid for, in whole or in part, by a person other than that candidate, authorized committee, or political party committee,” so long as said communication is in service of “electioneering” and “is created, produced, or distributed at the request or suggestion of a candidate, authorized committee, or political party committee.”

The VoteVets super PAC–established and run by centrist Democrat military veterans–has already dedicated nearly $200,000 to supporting Buttigieg in New Hampshire and the message suggested by Halle would appear to be in line with the pro-military-service message the organization typically promotes. And, according to an email from the presidential campaign of Sen. Bernie Sanders (I-Vermont), Buttigieg is being supported to the tune of nearly $800,000 by outside spending groups in the Granite State.

The message by Halle was widely interpreted as such a prohibited direction.

”Pete entered the race as a Boy Scout but has corrupted his brand by becoming the candidate of big-money corporate donors,” tweeted Progressive Change Campaign Committee founder Adam Green. “It’s a slap in the face of campaign finance law to so brazenly and unethically direct a Super PAC how to spend on his behalf—all while leaving New Hampshire to do big money New York fundraisers.”

“Donald Trump would call him part of the corrupt swamp if he were ever the nominee.”

The Buttigieg campaign’s Deputy Director of Rapid Response Matt Corridoni responded after this article was initially published with the following denial:

Our campaign has not, nor would it ever, coordinate with a Super PAC or violate any FEC rules.

Editor’s note: this article has been amended post-publication to include a response from the Buttigieg campaign.