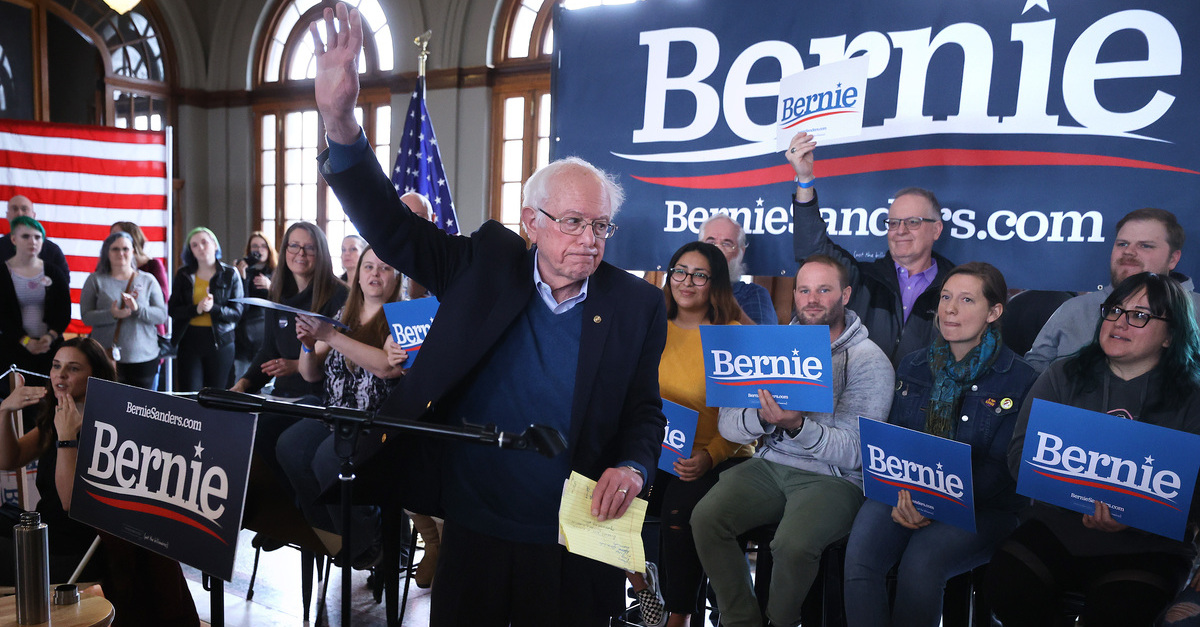 A college professor supporter of Sen. Elizabeth Warren (D-Mass.) laid into Sen. Bernie Sanders on Thursday morning—in a series of since-deleted tweets—over his religious faith and affiliation in an episode that many interpreted as an anti-Semitic attack.

“My question this morning is: ‘how is Bernie being an atheist gonna play with rank and file Black voters?’“ asked Rutgers University Associate Professor Brittney Cooper. “My sense of Black folks is that you got to believe in *something*: Jesus, Allah, Jehovah, Creator, Higher Power. Something. I’m very curious about this.”

Cooper identified herself as a Warren supporter in a subsequent tweet which played up the Massachusetts senator’s former role as a Sunday school teacher.

The Rutgers professor bragged about her bias:

And cuz I’m petty and a church girl, Elizabeth Warren used to teach Sunday School, got a Black pastor and attends a Black church. And she been a member long before this presidential run. Black voters should know that. That is all. 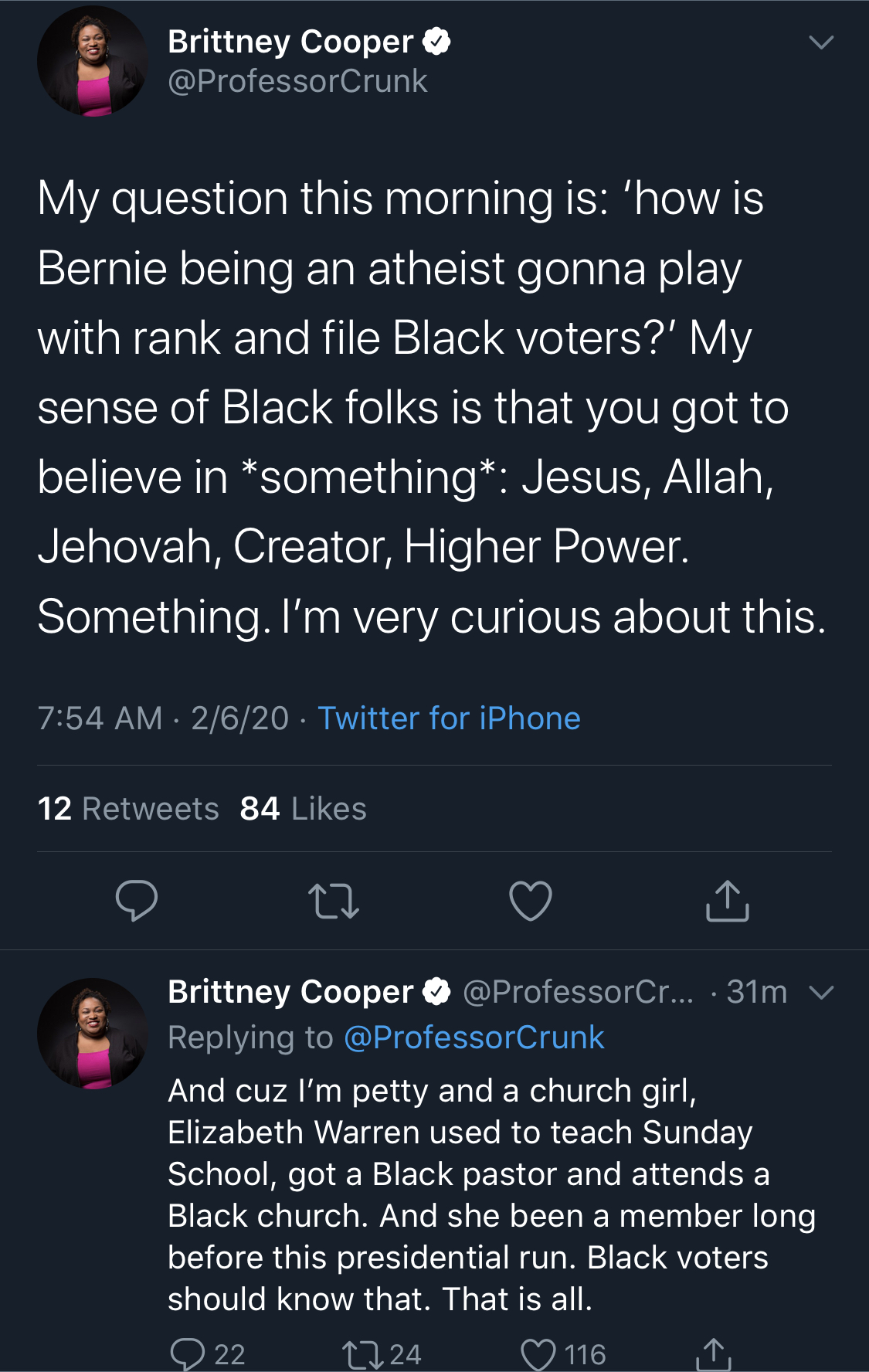 Numerous Twitter users quickly pointed out that Sanders is, in fact, Jewish and avowedly not an atheist.

This is absolutely anti-Semitic and I’m appalled you thought it was okay to say.

He is Jewish. This is really anti-Semitic!

Cooper, however, dug in:

Fairly sure that he is. He doesn’t claim to believe in God.

“No. It isn’t [anti-Semitic],” Cooper said. “He actually doesn’t believe in God. He is culturally and ethnically Jewish. He’s not religiously Jewish in the sense of being devout.”

You probably wont believe me or any other Jew who tells you this is an anti-Semitic thing to say, but I urge you to listen to people with lived experience. You do not have the power to decide who is and who is not Jewish

People also pointed out that Sanders has directly addressed the issue before—and explicitly said he’s not an atheist.

Luckily, he has answered this question. https://t.co/zQRDZ5iBIe

“Okay, so here, Sanders says ‘I am not an atheist.’ But literally that is the end of the sentence,” Cooper said in a later tweet which appeared to question Sanders’ truthfulness. “Lol. So okay. We will see how this plays. We will see.”

The tide apparently turned, however, after several users shared Sanders’s own words about his belief in God—and after Sanders’ national press secretary Briahna Joy Gray intervened to correct the mistaken Rutgers professor.

“Alright alright,” Cooper conceded. “I had some misinformation around Bernie and atheism. He has publicly said he isn’t an atheist. I am sorry for spreading misinformation. Posting this new podcast here for those who care about these matters. Deleting the original thread.”

The original tweets were deleted after withstanding a barrage of criticism for less than an hour. But some weren’t satisfied with the professor’s begrudging mea culpa and asked Cooper when she would apologize for her alleged antisemitism.

Ok apologize for being anti-Semitic next

Law&Crime reached out to Rutgers University and Prof. Cooper for comment.

“The views expressed by Rutgers faculty are their own and do not represent those of the University,” Neal Buccino, Associate Director of Public and Media Relations at Rutgers, said in a statement. “Rutgers is committed to diversity, inclusion and fostering a campus community in which people of all backgrounds are treated with respect.”