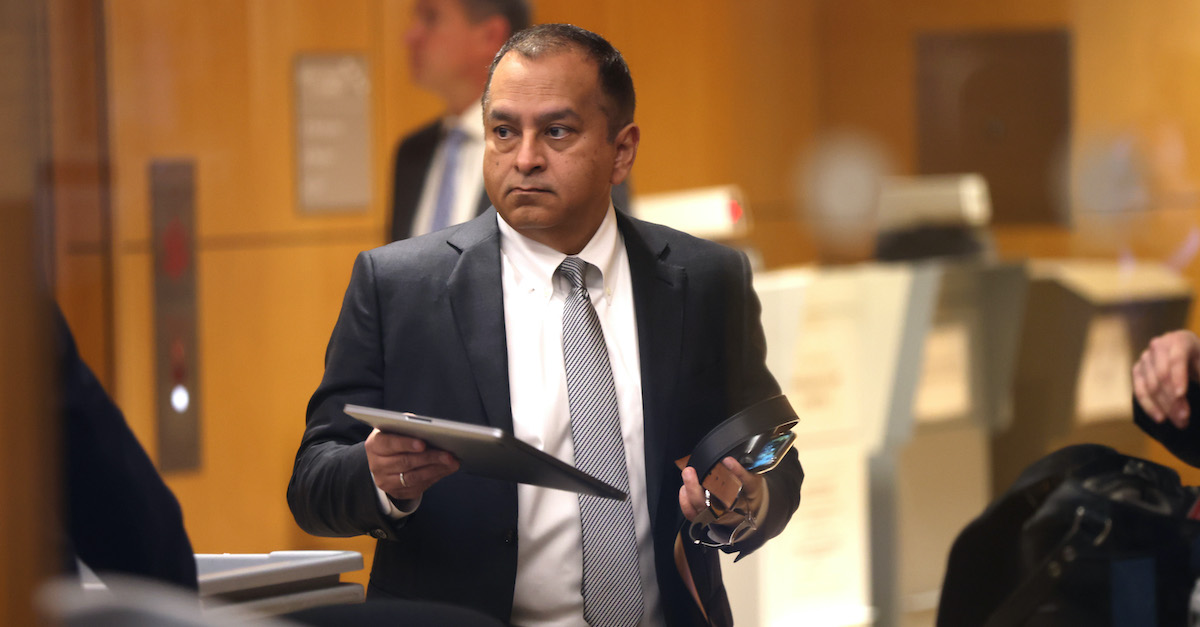 Balwani was in a romantic relationship with Holmes when they were promoting Theranos as a company with revolutionary technology capable of conducting any conventional lab blood test using one device and a small blood sample.

His trial didn’t garner the international media frenzy that Holmes’ trial drew to the federal courthouse in San Jose, California, but his ended in convictions on 10 counts of wire fraud and two counts of conspiracy.

Prosectors had asked U.S. District Judge Edward J. Davila to sentence Balwani to 180 months, which is 15 years, while Balwani’s lawyer asked the judge for probation. Holmes has accused Balwani of abuse, testifying: “He would get very angry with me and then he would sometimes come upstairs to our bedroom and force me to have sex with him when I didn’t want to because he wanted me to know that he still loved me.”

But Balwani’s lawyers told Davila the accusations “can play no role in sentencing him.” The probation officer who interviewed Balwani did not mention the allegations in the pre-sentencing report, which is not public, and Balwani’s lawyers said “those explosive claims are hearsay.”

“That Ms. Holmes testified about aspects of them in her own trial does not cure the hearsay as applied to Mr. Balwani since he had no opportunity to cross- examine her,” according to a footnote in the Nov. 30 sentencing memorandum from Jeffrey B. Coopersmith of Orrick Herrington & Sutcliffe LLP.

The memo said Balwani “did not start Theranos” and was never its “most significant shareholder.”

“He did not conceive the blood-testing technology that drove the company’s promise,” the memo reads. “And he did not have the final say on Theranos’ strategy. When he arrived in 2009, the company had been operating for six years and had already attracted a prominent Board of Directors.”

But prosecutors said Balwani’s family upbringing “and characteristics militate in favor of a significant custodial sentence.”

“Balwani, with strong family support, exceptional educational opportunities, and financial stability, chose to commit fraud, repeatedly,” according to the memo. “Balwani’s history and characteristics are aggravating factors that should lead this Court to impose a significant custodial sentence.”

Balwani worked at Theranos from September 2009 through July 2016, approving false and misleading statements about the company that duped investors into thinking Theranos had viable and revolutionary blood-testing technology.

Text messages shown in trial include one in which Holmes tells him, “You are the breeze in desert for me” and calls him “my water” “and ocean” and adds, “Meant to be only together tiger.”

Davila sentenced Holmes on Nov. 18 to 135 months in prison, which is 11 years and three months. He ordered her to report by April 27, though her lawyers have asked the judge to allow her to stay out of prison as she appeals her convictions to the 9th Circuit U.S. Court of Appeals. They argue she isn’t a danger to public safety, nor is she a fight risk, and they cite her “strong ties to her partner and family, including her son and soon-to-be-born child.”

Davila has not yet ruled on the motion.

Balwani, meanwhile, is to report to prison on March 15.