Dominican Republic Congressman Indicted for Conspiring to Import Cocaine into the U.S. 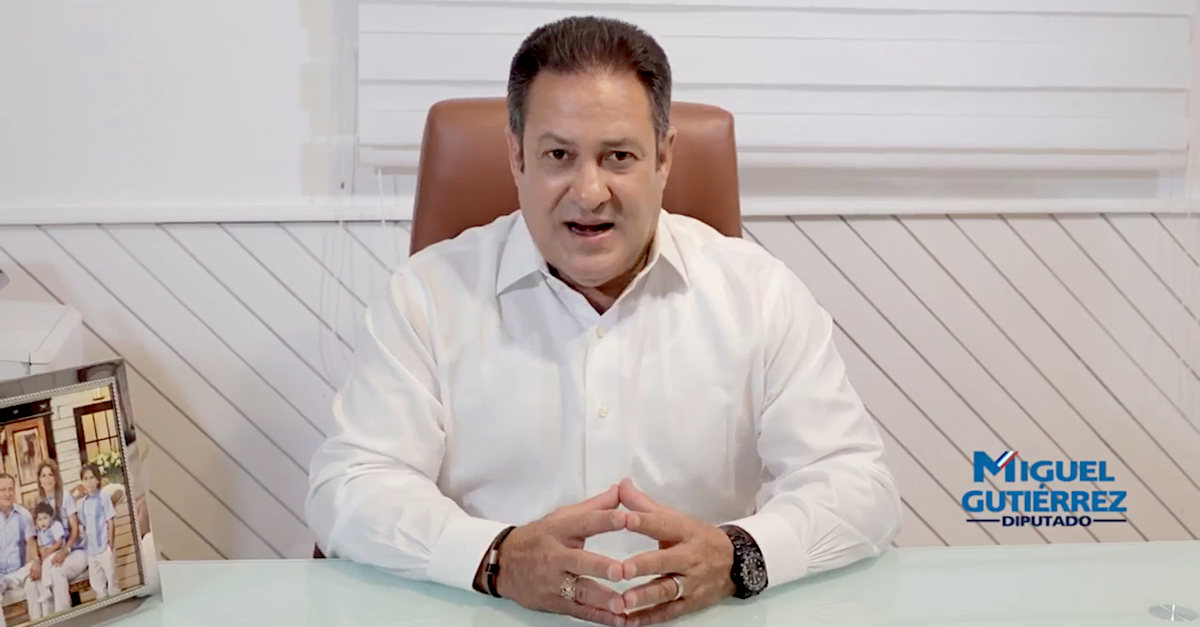 Miguel Andres Gutierrez Diaz is seen in a screen grab taken from a Facebook campaign video.

U.S. federal agents have arrested a politician from the Dominican Republic on suspicion of drug trafficking. The politician, Miguel Andres Gutierrez Diaz, 58, of Santiago, is scheduled to appear before a judge at 2:00 p.m. in U.S. Federal Court for the Southern District of Florida. He was arrested there last night after taking an international flight to Miami, the U.S. Department of Justice said in a Tuesday announcement.

The indictment alleges that “from about 2014 to 2017, Congressman Gutierrez Diaz was part of a transnational drug ring that operated in the Dominican Republic, Colombia, and the United States,” the DOJ said in a press release.

Campaign videos available on Facebook indicate that Gutierrez is a member of the Dominican Republic’s Modern Revolutionary Party, which is described as a liberal/progressive party. The country’s president, Luis Abinader, is also a member of the same party.

Gutierrez was elected to the Chamber of Deputies, the lower house in the Dominican Republic’s bicameral legislature.

Prosecutors from the Southern District of Florida’s International Narcotics and Money Laundering Section are handling the case.

The U.S. Attorney’s Office thanked the usual contingent of agencies, including the Drug Enforcement Administration, the Internal Revenue Service, Immigration and Customs Enforcement, the Department of Homeland Security, and U.S. Customs and Border Protection. Those U.S. government agencies said they wished to “commend the Office of the Presidency of the Dominican Republic and the Dirección Nacional de Control de Drogas (DNCD) for their cooperation in this investigation.” The DNCD is the Dominican Republic’s National Directorate of Drug Control.

Though the DOJ’s press release references documents said to be available in an online court database, no relevant documents appeared to have been made public by the time of this report. They will presumably be unsealed at Gutierrez’s court hearing Tuesday.

The DOJ also said the following:

This prosecution is the result of the ongoing efforts by the Organized Crime Drug Enforcement Task Force (OCDETF), a partnership between federal, state and local law enforcement agencies.  The principal mission of the OCDETF program is to identify, disrupt, and dismantle the highest-level drug traffickers, money launderers, and other priority transnational criminal organizations that threaten the citizens of the United States using a prosecutor-led, intelligence driven, multi-agency approach to combat transnational organized crime. The OCDETF program facilitates complex, joint operations by focusing its partner agencies on priority targets, by managing and coordinating multi-agency efforts, and by leveraging intelligence across multiple investigative platforms.