‘There Was Blood All Over the Walls’: Man Accused of Driving Jeep at Children Slit His Throat in Federal Courtroom After Being Found Guilty 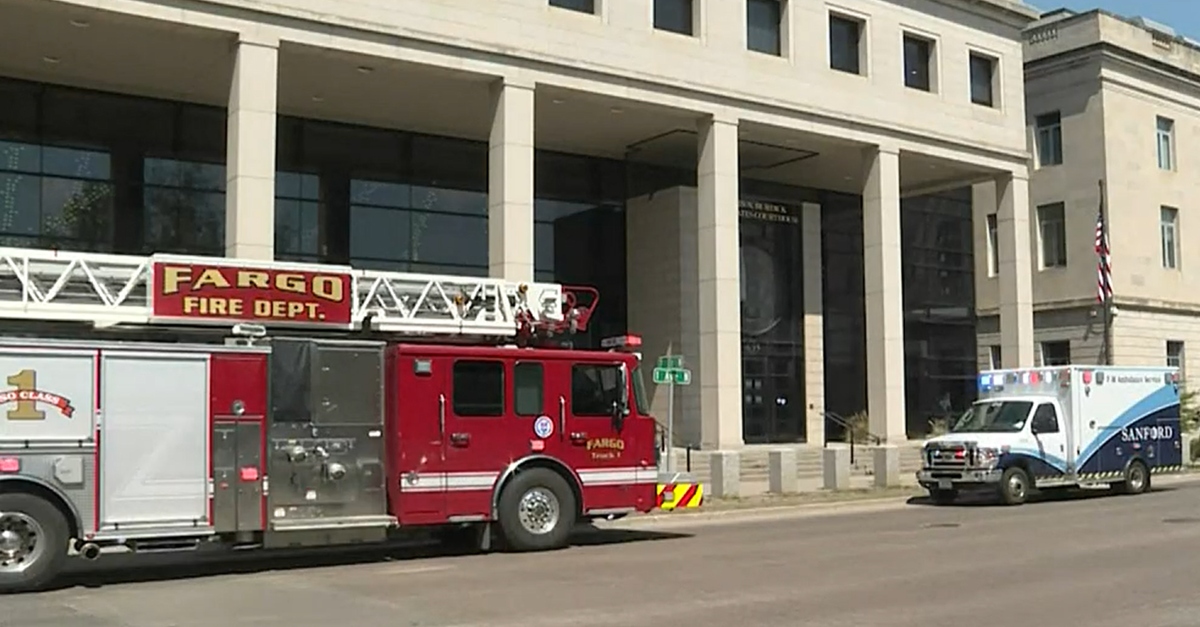 A defendant died by suicide in federal court after being found guilty. Authorities did not identify him, but the only trial scheduled at the federal courthouse in Fargo, North Dakota was that of Jeffrey Sahl Ferris, 55, according to local newspaper The Forum.

A witness who requested anonymity told the outlet that a man was found guilty and it was clear he would face several years in prison. He asked to be let go until sentencing. The judge said no. The defendant asked for 24 hours to handle a child-care matter. The judge said no again.

The defendant then began “fidgeting” with his neck, the witness said.

“His attorney asked him, ‘What the hell are you doing?'” she said. “And the guy turned around, and you could see the inside of his neck. He had slit his neck with some object. There was blood all over the walls in the courtroom, and the Marshals had wrestled him to the floor. You could hear him screaming, ‘I can’t breathe.'”

Law&Crime reached out to Ferris’ attorney Ward K. Johnson. A staffer told us the office had no comment.

“I can’t remember the last time an event like this happened where somebody was able to smuggle in some contraband into a federal courtroom and die of a self-inflicted wound,” FBI spokesman Kevin Smith told the Forum. “Very, very, very odd. Very unusual. We will take our time to get to the bottom of it.”

BREAKING: The U.S. Marshals confirm one person is dead after an incident at the Federal Courthouse in downtown Fargo this afternoon. A witness tells VNL during his sentencing hearing, the male defendant stood up & slit his throat w/ what looked like a pen or a plastic shank. pic.twitter.com/azj0C3BLPU

Ferris faced a case for assault with a dangerous weapon.

Seven boys were hanging out with their dirt bikes and four-wheelers on a field with abandoned buildings on April 24, 2020, according to the FBI affidavit. Without saying anything to them, Ferris sped his Jeep at them, causing them to flee, according to victim statements. One of the boys fell from his dirt bike after hitting a fence. Ferris got out of his vehicle, pulled a gun on him, and began to chew him out. The defendant said he was going to call the police.

The boys said they had never had trouble before on the long-abandoned property, and were never before told they could not ride there. Contrary to victim statements, Ferris said the boys had been vandalizing it, and that they were on the roof. He denied pointing his gun at anyone.