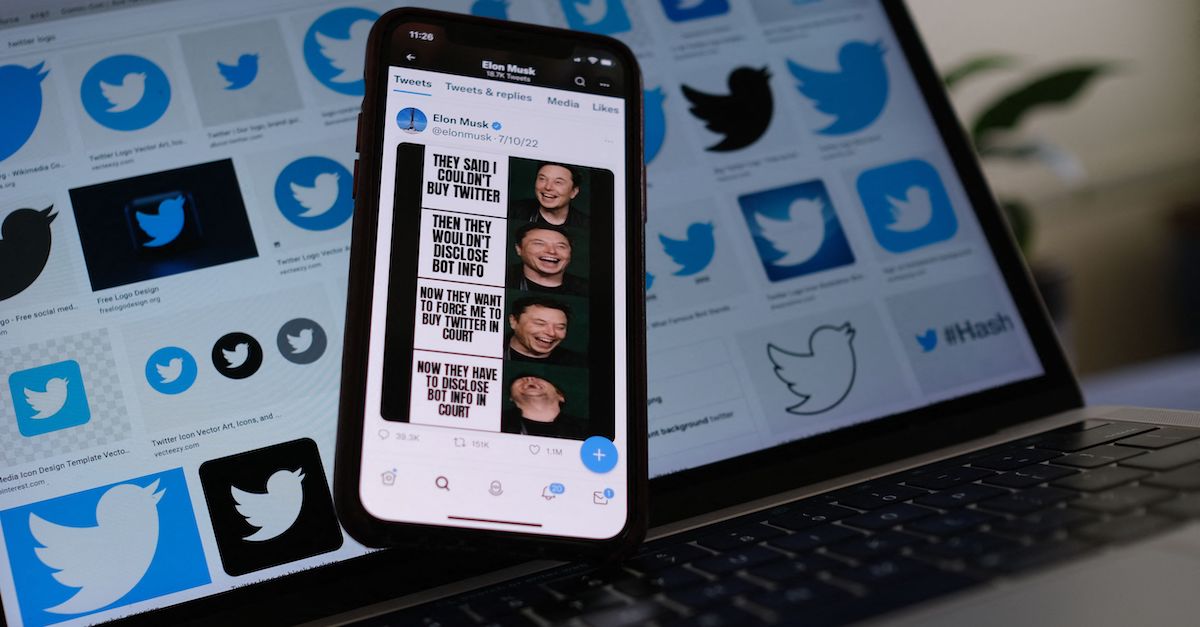 In this illustration photo taken on July 18, 2022, Elon Musk’s Twitter page is displayed on the screen of a smartphone with Twitter logos in the background in Los Angeles.

A Delaware chancellor agreed on Tuesday to fast-track Twitter’s lawsuit seeking to force Elon Musk to follow through on his contract to buy the company for $44 billion.

McCormick said that Twitter’s allegations meet that standard, adding that “our court has been highly amenable to expedition.”

“Suffice it to say, the defendants underestimate the ability of this court and counsel to quickly process this litigation,” McCormick said, adding that the attorneys will “rise to the challenge” of an expedited schedule.

She set a trial date for October 2022, only slightly later than Twitter requested and far sooner than Musk wanted.

Earlier this month, Twitter followed through on threats to sue Musk, after the Tesla co-founder announced plans to pull out of the merger agreement. The billionaire had spent the preceding weeks publicly complaining about bots on the platform, which Twitter claims violated the non-disparagement clause of Musk’s agreement.

During a hearing on Tuesday, Twitter’s attorney William Savitt of the Wachtell law firm called for “expedition,” seeking a trial in the second half of September.

“We urge the court to enter a prompt schedule,” Savitt said, saying that the “uncertainty” inflicted by Musk’s “purported termination” harms Twitter every day.

Taking on Musk’s claims about Twitter bots, Savitt said: “Mr. Musk waived all due diligence on the issue.”

Though Twitter did not have to provide the data the billionaire requested under its agreement, Savitt agreed to turn the information: “Twitter wasn’t looking for a fight; quite the contrary.”

Twitter argues that Musk’s change of heart had to do with changing market conditions, not spam bots.

“In retrospect, it’s crystal clear that Musk was never going to take ‘yes’ for an answer,” Savitt said, describing the bots talking point as an issue “invented” by the billionaire to “conjure an exit ramp” for a “deal that doesn’t have one.”

Twitter’s scathing lawsuit said that Musk is not entitled to “free to change his mind, trash the company, disrupt its operations, destroy stockholder value, and walk away.” Its complaint embeds several of Musk’s tweets criticizing the company, and Savitt added that Musk invited federal regulators to investigate Twitter.

Musk claims that the company was being misleading in claiming that fewer than 5 percent of monetizable daily active users, or mDAU, were inauthentic accounts. His attorney Andrew Rossman, from the firm Quinn Emanuel, says that the actual drop-dead date is in April 2023.

Rossman said that Twitter never gave notice of any alleged breach of the non-disparagement clause, but he added that the sniping went both ways.

“The media does everything it can to sling mud at Mr. Musk,” Rossman told the judge. “It seems the New York Times got a copy of their complaint before I did.”

Despite the company’s harsh criticism, and its depiction of him as a saboteur, Twitter demands specific performance of its contract with Musk, which would force him to become the company’s owner.

Musk requested a trial date in February 2023, suggesting that complex technical discovery would be necessary to scrutinize that issue.

Some legal experts have speculated that Musk might defy the court’s ruling, but David Lurie — a trial lawyer and frequent legal commentator — rejected that thought experiment.