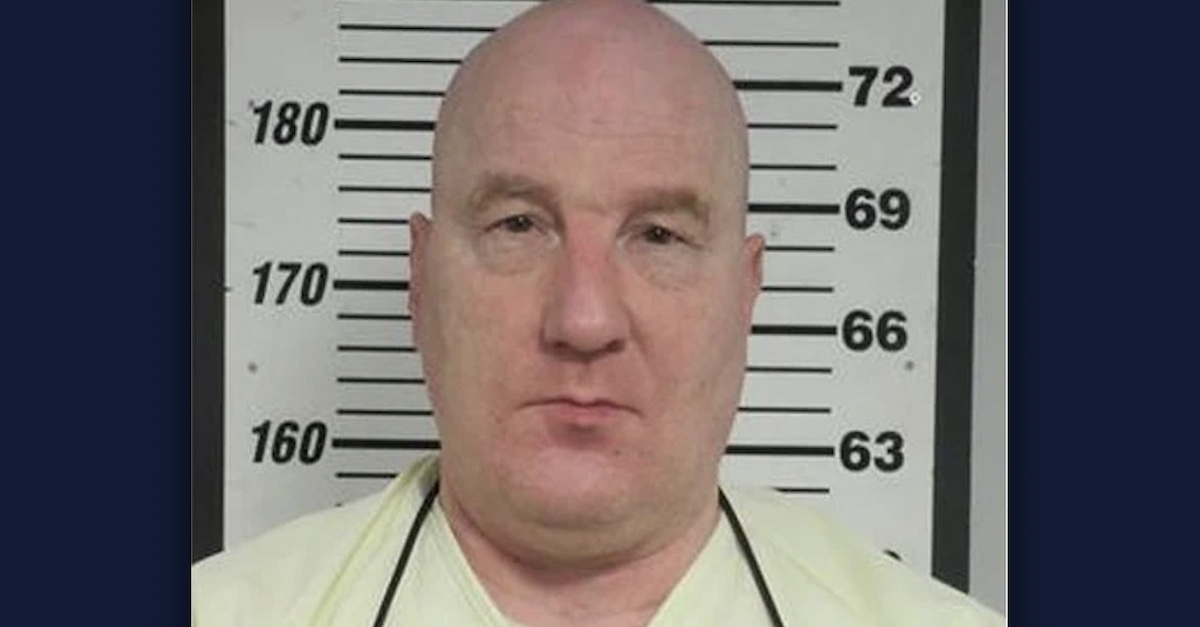 A death row inmate in Tennessee who had asked to be put on suicide watch used a hidden razor blade to cut off his own penis, his attorney said.

Henry Eugene Hodges, who is on death row for the 1990 murder of a telephone repairman, earlier this month severed his penis shortly after slitting his own wrists at the Riverbend Maximum Security Institution in Nashville, federal public defender Kelley J. Henry reportedly told the Associated Press.

Henry said Thursday that she is planning to file a complaint in state court before the end of the week alleging that the correctional facility violated Hodges’ constitutional rights, saying her client is entitled to “competent mental health care.”

“Surely the prison can find a place to put him where he is not a danger to himself or others and does not have to be tied down like an animal,” the lawyer said.

The graphic incident reportedly began earlier this month when Hodges grew angry at prison officials who would not allow him to have a “special food package” because he had only banked five months of “clear conduct” instead of the required six months. An upset Hodges then reportedly started smearing his own feces on the walls of his prison cell.

The lawyer told the AP that in response to his fecal outburst, one of the prison guards made the decision to stop giving Hodges food. Sometime after the incident with the feces, Hodges on Oct. 7 used a razor hidden in his cell to slit his wrists, according to the report.

“He used that to completely sever his penis,” Henry reportedly told the AP, presumably speaking about one of the razor blades. “He is enduring ongoing psychiatric harm as a result of these conditions,” she added, noting that Hodges was also on a hunger strike.

Prison and medical officials transported Hodges to Vanderbilt University Medical Center where doctors were reportedly able to surgically reattach his penis. But the attorney painted a bleak picture of what happened next.

“Hodges was first put in 4-point restraints but was able to remove a hand and rip out his catheter, Henry said,” according to the report. “Then he was placed in 6-point restraints, that included restraints at his biceps. When he agreed to take medication, he was returned to the 4-point restraints. However, he has not been allowed to walk or leave the bed at all.”

Henry did not immediately respond to a message from Law&Crime seeking additional details on the incident.

Hodges pleaded guilty to the brutal murder of Ronald Bassett inside the victim’s home and was sentenced to death in 1992.

According to court documents, Hodges “on occasion engaged in homosexual prostitution,” and propositioned Bassett as part of a plan to rob and kill him. A then-24-year-old Hodges then had his 15-year-old girlfriend, Trina Brown, follow him back to Bassett’s house on the evening of May 14, 1990.

The following is from a 2000 criminal appeals court ruling:

Upon entering the residence, Miss Brown observed the victim, alive, laying face down on the bed in his bedroom with a pillow over his head. The appellant had bound the victim’s feet together with duct tape and had handcuffed his hands. While the victim lay helplessly, the appellant and his girlfriend ransacked the house. After obtaining the “person identification number” of the victim’s automated teller card, the couple took a break, drank a Coke, and discussed whether to kill the victim. The appellant’s girlfriend told him to kill Bassett so they could not be identified. The appellant then went into the bedroom and, ignoring the victim’s pleas not to kill him, strangled Bassett to death with a nylon rope. Miss Brown testified that she heard Bassett moan and make a choking sound. She stated that it took about five minutes for the victim to die.

Hodges was also convicted of killing another man in an Atlanta hotel shortly after killing Bassett.

[Image via Tennessee Department of Corrections]