He Wanted His Ex-Girlfriends’ New Lovers Dead and Used the Mail to Find an Assassin. Now He’s Going to Prison. 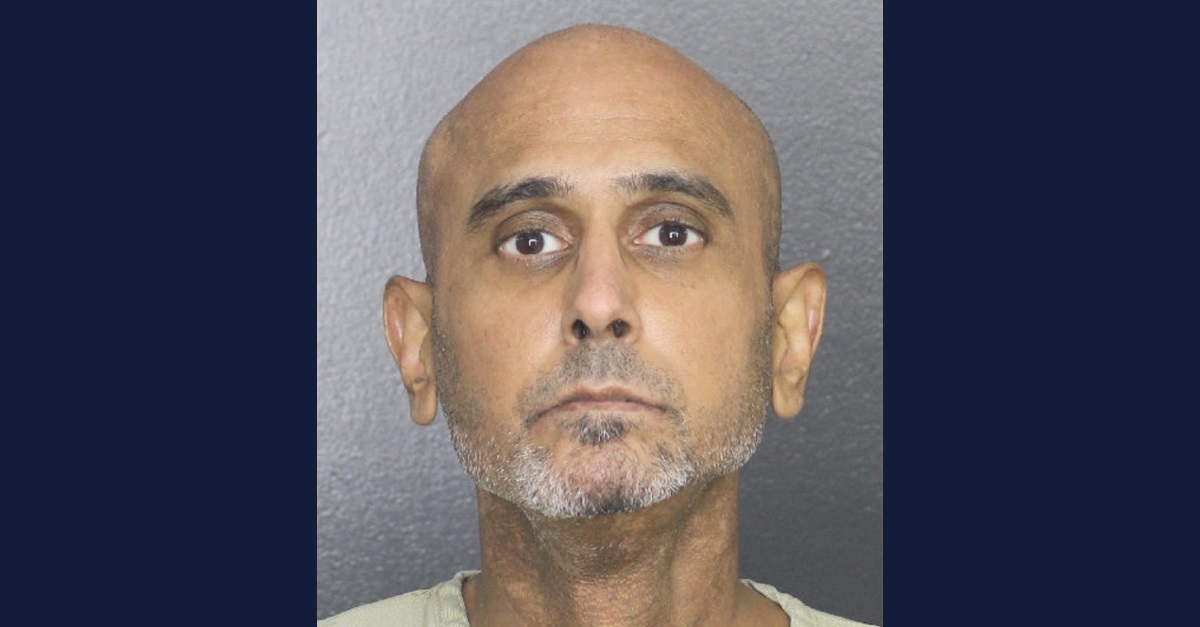 A man was sentenced on Wednesday to seven years in prison for targeting the new beaus of his former girlfriends.

“The Defendant’s actions in this case were meticulously planned and executed,” prosecutors wrote in a sentencing memorandum. They requested a sentence of nine years in prison.

Law enforcement said the case landed on their radar after a business owner in Broward County, Florida, told them about receiving a suspicious letter in the mail. According to the prosecution’s sentencing memorandum, the author asked this businessperson to kill someone for $10,000. From documents:

I need someone eliminated. I’ve been told you can arrange that. $10,000 All in cash and upfront.

Person located in Tampa. You can be there and back in a day. You get their photo, first name, work address and home address.

If you agree on Monday 11 October at 11am go to: The Little Coffee Shoppe

Paste a black [sic] sheet of white paper on your storefront window from Monday 11 to Wednesday 13.

Information and payment will be sent once you accept. If not you will not be contacted again.

Name and return address are fake.

The author went by the name Alan Smithee, a popular way for directors to distance themselves from a project.

The big hitch in the plan, however, was that the recipient of the letter wanted nothing to do with this plot and therefore went to law enforcement. The source posted the paper on a storefront window on Oct. 11, 2021, but did not go to the coffee shop. Investigators conducted surveillance and spotted a gray Honda Accord driving through the parking lot. Hadeed was the only insured driver for the vehicle, though it was registered to his brother, authorities said.

The source contacted authorities again on Oct. 15, 2021, and described receiving another letter. Smithee — in reality, Hadeed — noted the “white paper outside your storefront,” but also the source’s failure to show up at the coffee shop.

I’m not dragging this out.

If your [sic] still interested in the job mark a large X on a white sheet of paper an [sic] hang it outside the storefront from October 20th and for a full week.

Once confirmed, you will get the money in full and the details on the person to be eliminated.

This is important. You could take the money and do nothing. I would be out 10 gs and have to find someone else.

If this works out, theres [sic] another job that will pay double or you name your [sic] price In a small town in Georgia. Or no more.

The source followed the order this time, putting up a white sheet with a black “X” in his storefront window. Local police in Coral Springs set up a speed radar trailer that captured the license plate of the defendant’s vehicle, authorities said.

In a follow-up letter, the letter author noted the target lived in a gated community, but he included a map. The source followed instructions on Nov. 4, 2021, to put up a black “X” in the storefront window.

The person received $10,000 in cash on Nov. 8 through the mail. The package included a letter featuring the target’s address, pictures of him, and notes on when he might be home.

“You have the money so your holding all the cards,” the author wrote. “Will know when the subject is taken out. Need to be done before the end of 2021.”

Investigators contacted the target and his fiancée on Nov. 12, 2021, telling him about the letters. He said he received a letter by mail in May 2020, which he “believed was intended to break up his relationship with” his fiancée. This included intimate photos of the woman and disrespectful statements about her “character and infidelity.”

The fiancée told authorities on two days later that she believed Hadeed, her ex-boyfriend, could be behind the murder-for-hire plot.

She “told law enforcement that the Defendant was infatuated with her to an unhealthy degree and had informed her many times of his desire that [she] leave VICTIM 1 and be with the Defendant,” authorities wrote.

Investigators looked up Hadeed in the source’s store records and found out he once made a purchase there in September 2018.

Hadeed purchased a flight out to Trinidad and Tobago on Oct. 22, 2021, and flew out the following Nov. 10, the same day the source got the cash and pictures of the target. He bought a return flight on Dec. 15 and came back the same day at Miami International Airport.

“During the secondary inspection, a border search was conducted on two smartphones in Defendant’s possession, a blue, AT&T Calypso phone and a black Samsung S8 phone,” authorities wrote. “The black Samsung S8 phone contained the three intimate images of R.R. that were sent in the May 2020 letter to VICTIM 1. The images showed Defendant’s face inside a square in the upper right corner of the image (resembling FaceTime messaging). The metadata of these images established they were captured in May 2020. The Defendant’s face in the upper right corner were cropped out of the images in the May 2020 Letter.”

Authorities said they found a debit card in his wallet. The bank account associated with the card was the one he used to make a $10,000 withdrawal in cash three days before the source was mailed money.

Hadeed admitted mailing from a Coral Springs post office the letter, the money, and also being at the coffee shop, authorities said.

It also turned out that he also carried a flame for another ex-girlfriend who lived in Rome, Georgia. He wrote her in an email in August 2020 that said she knew she was happy with her new boyfriend, but he wanted her to still be with him, authorities said. Hadeed asked her to marry him.

Authorities said this new boyfriend in Georgia was the second target of the murder-for-hire plot. According to the sentencing memorandum, the ex-girlfriend in Georgia told investigators did not get any suspicious letters and she did not believe her boyfriend received any as well.

Hadeed must also serve three years on supervised release once he gets out of prison, records show. He pleaded guilty back on July 27.