Dayton Mayor on Trump Visit: ‘He’s Made This Bed and He’s Gotta Lie in it’ 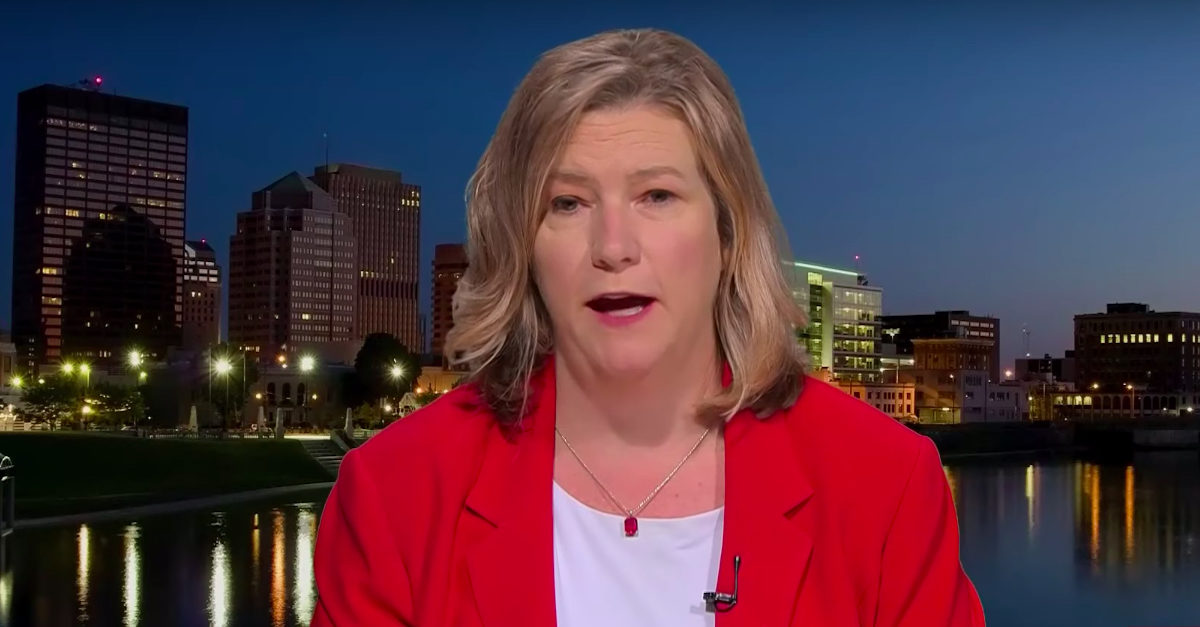 The Mayor of Dayton, Ohio on Tuesday said that while she would greet President Donald Trump upon his arrival in the city, she also welcomed protesters to exercise their First Amendment right to let the President know their objections to his conduct.

Mayor Nan Whaley addressed a pool of reporters Monday in the wake of Saturday night’s mass shooting in Dayton’s Oregon District that killed nine and injured 37.

R: Your reaction to Trump coming?

DAYTON MAYOR WHALEY: He's POTUS & as he has an official capacity as POTUS – I have a capacity as mayor – I will greet him

R: What about protesters?

WHALEY: He's made this bed & he's gotta lie in it … his rhetoric has been painful for many pic.twitter.com/GkKWh0SyY8

However, Whaley, an outspoken Democrat, did not seem particularly enthralled at the idea of President Trump visiting the city, noting that she believes his rhetoric has contributed to the rise in political animus throughout the nation.

When asked by a local reporter about the protesters that were expected to be at City Hall for the President’s appearance, Whaley cracked a brief smile before welcoming such demonstrations.

“Well Mike, as you’ve covered me for a long time, you know I have lots of protesters all the time and even my friends protest me from time to time. So, I’m glad that they’re using their right to free speech. And look, I know he’s made this bed and he’s gotta lie in it. His rhetoric has been painful for many in our community and I think the people should stand up and say they’re not happy if they’re not happy that he’s coming.”

President Trump likely didn’t help his standing with the locals when he named the wrong Ohio city during his speech Monday addressing the shootings in Dayton and El Paso. During Monday’s remarks the President incorrectly identified the location of the tragic shooting as Toledo, Ohio, which is located about 150 miles north of Dayton.

This is not the first time Mayor Whaley’s public comments have given the impression that she is less than thrilled at the prospect of a presidential visit. Speaking to reporters on Monday she took a dig at the President for his “Toledo” gaffe when asked if she knew whether Trump would be visiting the city.

“He didn’t tell me [when he would be coming], he said some time this week. I mean, I’ve heard that he’s coming Wednesday, but I’ve not gotten a call,” she said, adding, “But you know, he might be going to Toledo. I don’t know.”

"I've heard that he's coming Wednesday, but I've not gotten a call," Dayton, Ohio Mayor Nan Whaley said of reports that President Trump may be visiting communities affected by this weekend's mass shootings.

"He might be going to Toledo. I don't know" https://t.co/V58mk8FsFU pic.twitter.com/TJXjk9RjDD