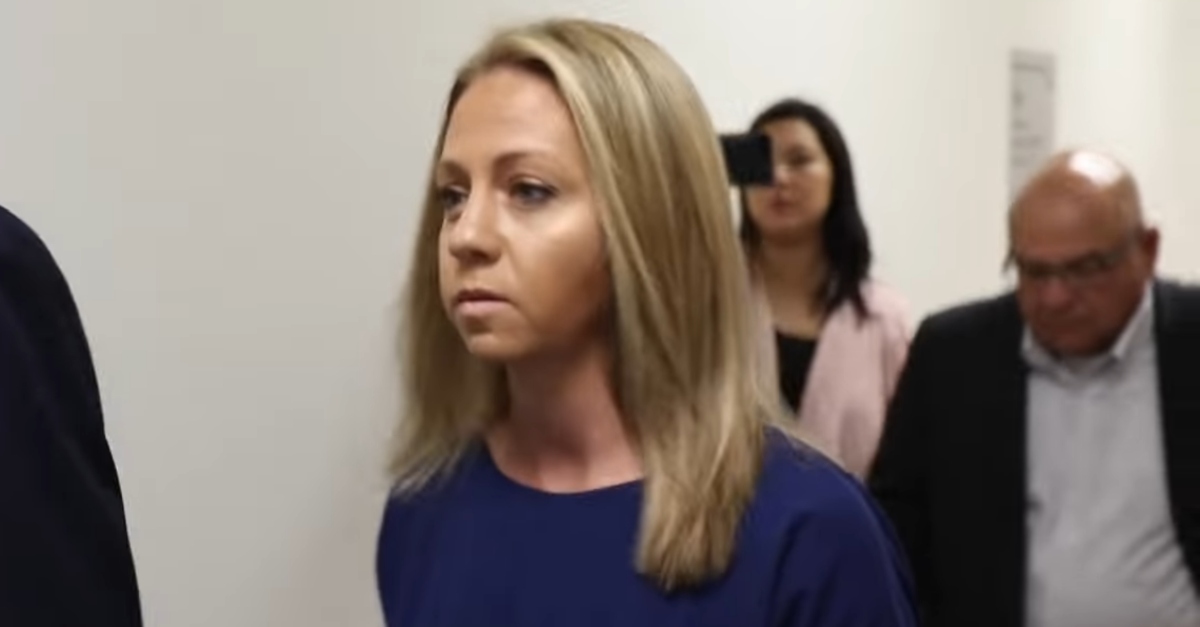 According to the Dallas Morning News, Creuzot was served a judicial order to appear before Judge Tammy Kemp. Judge Kemp reportedly signed the order on Thursday and Creuzot was presented with the summons on Friday afternoon.

As Law&Crime previously reported, Judge Kemp was not exactly pleased with Creuzot after he spoke with local Fox affiliate KDFW on the eve of Guyger’s high-profile trial over her admitted killing of Botham Jean–an innocent man who Guyger shot and killed after apparently mistaking his apartment for her own.

During the interview in question–and despite a gag order issued by Judge Kemp–Creuzot said he felt murder was the appropriate charge.

“And so this issue of manslaughter that it was manslaughter — I wrote no, this is more appropriately a murder case based on the facts as reported,” Creuzot told the outlet. “I’ve studied what we have, and I feel comfortable going forward on it, but I don’t have any idea as to how it will end up.” A jury found Guyger guilty of murder last week.

The next day in court, Judge Kemp rolled her eyes, stood up and faced the gallery. She then proceeded to unload on Creuzot for breaking the judicial seal against speaking to the media:

So let me be clear. On last night, the evening prior to the start of this trial, our elected DA did an interview about this trial?

Creuzot’s alleged “direct violation” of that order prompted Guyger’s defense attorneys to move for a mistrial and request a change of venue–two motions which Kemp quickly dismissed.

But getting on the court’s bad side can put the lie to the adage of “no harm, no foul.” Creuzot must appear before Kemp on October 31 to make his own case for why he should not be held in contempt.

As the Morning News notes, it wouldn’t be unheard of if Creuzot failed in his attempt to save his own skin here.

Former Dallas DA Craig Watkins was held in contempt in 2013 after stonewalling inquiries into allegations of prosecutorial misconduct.

Law&Crime reached out to Creuzot for comment on this story but no response was forthcoming at the time of publication.

Creuzot, for his part, previously told Law&Crime’s Aaron Keller he didn’t actually do anything wrong (relevant portion begins at 2:46):

“No one has actually looked at the gag order,” Creuzot said, “I did not violate the gag order. In fact, I think, probably, for the sake of the public, maybe we ought to have a hearing on this and get it all out.”

And, notably, Judge Kemp is facing some formal scrutiny of her own after presenting the convicted murderess with a Christian bible and reading to her from the book of John chapter 3 verse 16. Arguably blurring the constitutionally-mandated separation between church and state, Judge Kemp’s “proselytizing” earned her an ethics complaint filed by the Freedom From Religion Foundation.