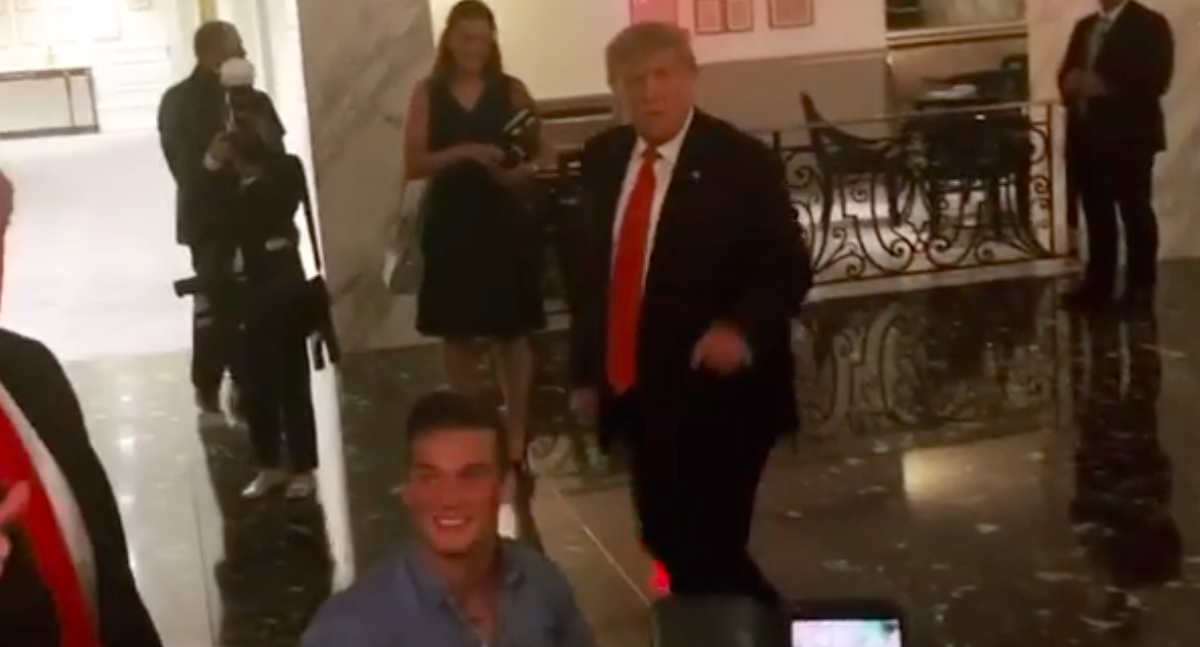 Authorities in the U.S. capital say they plan to investigate President Donald Trump and the Trump International Hotel in Washington, D.C. for intentionally violating the city’s pandemic regulation which requires people in public areas to wear some form of face covering, the Washington Post reported Wednesday.

The report stems from a video recorded during a Monday evening fundraiser for Republican congressional Candidate Madison Cawthorne which was hosted at the President’s hotel. The video, which Cawthorne later posted to Instagram, showed the president and several other attendees socializing in the hotel lobby without wearing masks or other face coverings. Cawthorne, who recently defeated Trump-backed candidate Lynda Bennet in a run-off election for the seat vacated when Mark Meadows became the president’s chief of staff, is also shown without a mask.

Well this was cool.

The problem is that under D.C. Mayor Muriel E. Bowser’s pandemic order, all persons in lobbies or common areas where social distancing isn’t possible are required to wear masks.

Bowser’s chief of staff John Falcicchio said that the Mayor’s office was aware of the video and told the post that local regulators would be following up on the apparent violations by the politicians and the hotel.

The video of the maskless fundraiser was posted just hours after President Trump finally succumbed to pressure over his resistance to wearing face coverings and tweeted that it was “patriotic” to wear the garb.

“We are United in our effort to defeat the Invisible China Virus, and many people say that it is Patriotic to wear a face mask when you can’t socially distance. There is nobody more Patriotic than me, your favorite President!,” Trump tweeted Monday afternoon.

We are United in our effort to defeat the Invisible China Virus, and many people say that it is Patriotic to wear a face mask when you can’t socially distance. There is nobody more Patriotic than me, your favorite President! pic.twitter.com/iQOd1whktN

‘The president’s always been consistent on this, that masks, according to the CDC, are recommended but not required,’ McEnany said.

Additionally, ABC News on Tuesday reported that the  Trump Hotel is also scheduled to host a “NO MASKS ALLOWED” Birthday party for frequent patron Greg Aselbakian, who is on the board of Veterans for Trump.

According to the report, the Facebook page for the event stated: “We’re all tired of being unconstitutionally locked in like animals, join me as I turn 27. Will spend the afternoon at Harry’s if you’d like to join then, and finishing the night at Trump Hotel, where I’ll be staying too. NO MASKS!”