CrossFit Instructor Who Beat Officer with a Crutch Is ‘Danger to the Community’ and Should Stay Jailed Ahead of Trial, Prosecutors Argue 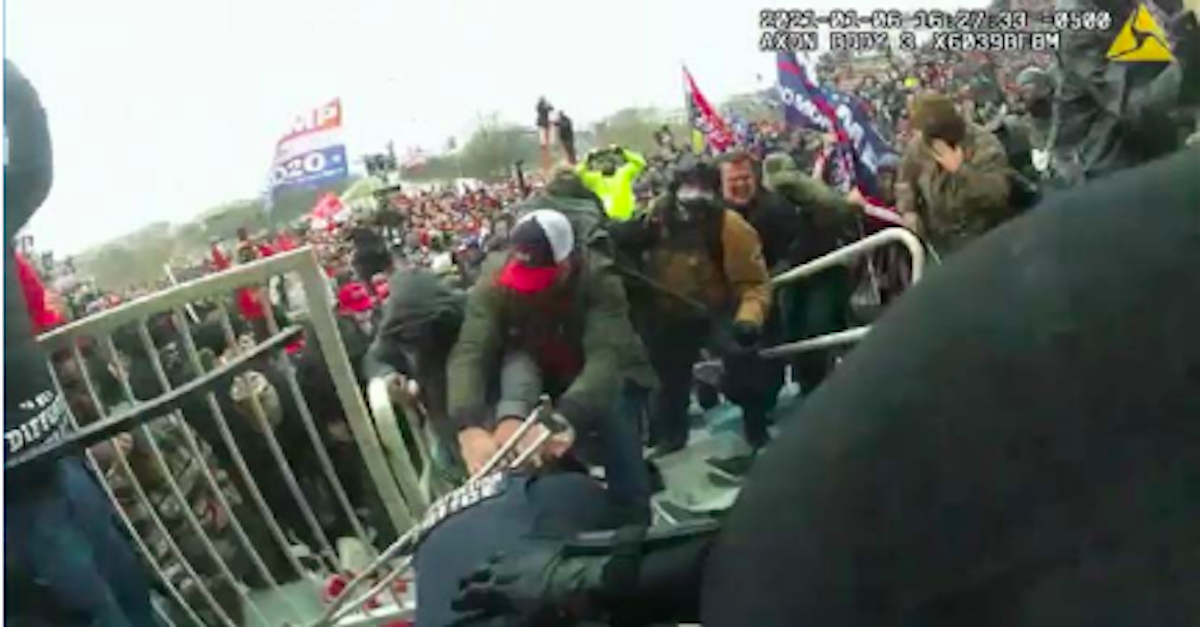 Federal prosecutors in Washington, D.C. on Monday asked a federal judge to reconsider allowing a man accused of assaulting several police officers with a weapon during the Jan. 6 riot at the U.S. Capitol to be released from jail ahead of trial. Prosecutors argue that Jack Wade Whitton poses a serious threat to the safety of the community.

According to the government’s motion, Whitton, a 30-year-old fencing contractor and CrossFit instructor from Georgia, was responsible for some of the most brutal violence that took place during the pro-Donald Trump insurrection. Prosecutors cited Whitton’s role in the assault of two Capitol Police Department officers, referred to in the document as A.W. and B.M. The allegedassault began after A.W. was knocked to the ground by an unknown individual, with video and photograph evidence showing Whitton—wearing a Trump 2020 hat—at the center of the action.

“While A.W. was laying on the ground of the archway, Whitton began striking at B.M. with a crutch. Whitton eventually grabbed B.M. by the head and helmet, pulled him down, overtop A.W., and started to drag him down the steps in a prone position,” prosecutors wrote. “Whitton was then assisted by others, including co-defendant Jeffrey Sabol, and fully dragged B.M. into the crowd, where codefendant Peter Stager began to beat B.M. with an American flag on a pole.”

In interviews following the insurrection, B.M. told investigators that he was “struck in the helmet multiple times with objects” and said he believed rioters were attempting to drag him “as deep into the crowd as possible.”

A.W. said he, too, was dragged into the crowd by rioters where he was “kicked, struck with poles, and stomped on” before his mask was ripped off and he was maced.

Footage from A.W.’s body camera allegedly showed Whitton hitting B.M. with a crutch while simultaneously kicking A.W., who was still on the ground.

Prosecutors were assisted in identifying Whitton by unknown Twitter users who created the hashtag “#Scallops,” to track and compile video and photographs of Whitton assaulting B.M.

A confidential informant also provided the FBI with a screenshot of a text message Whitton sent to a mutual friend of the informant and Whitton. The message contains a picture of Whitton’s bloody right hand with text that read, “This is from a bad cop….Yea I fed him to the people. Idk his status. And don’t care tbh.”

Prosecutors asked the court to reconsider an April 2 decision denying the government’s motion to detain Whitton ahead of trial.

“The defendant assaulted an officer with a weapon – a crutch – and while doing so, kicked another officer who had been forced to the ground by a separate rioter. The defendant then dragged the officer he assaulted with a crutch into the mob, pulling him by the head, in a prone position, down a flight of steps,” prosecutors wrote. “The evidence shows that the defendant is a danger to the community.”

Govt Motion for Emergency Stay by Law&Crime on Scribd

[image U.S. District Court for the District of Columbia]