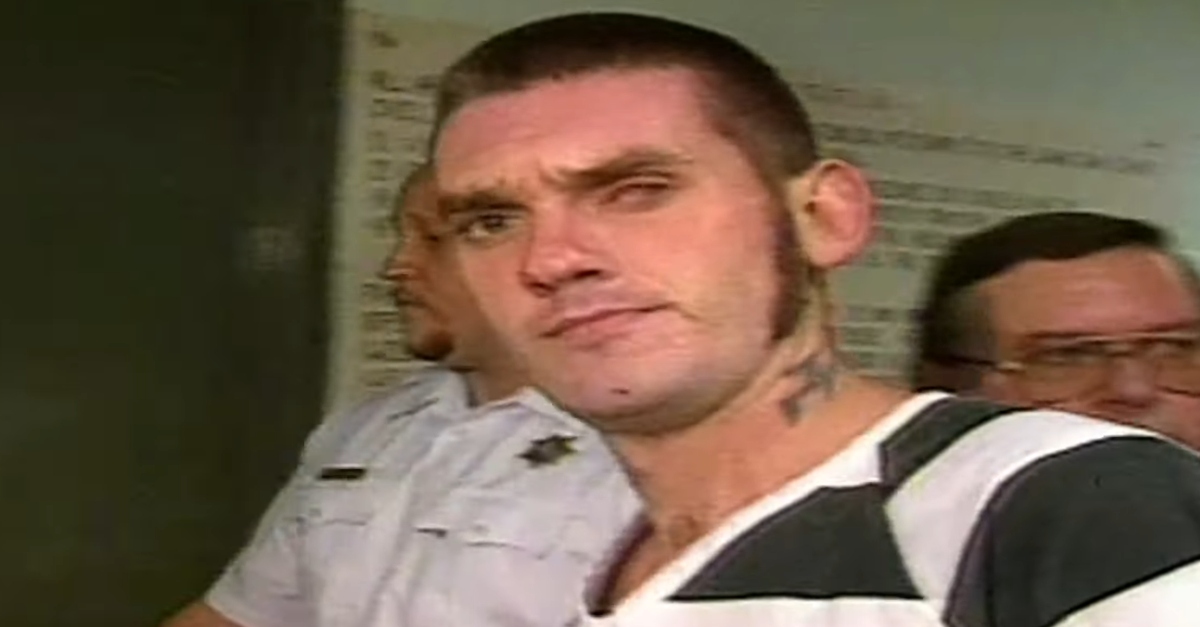 Daniel Lewis Lee isn’t a dead man yet, and he won’t be for at least some time. A federal judge in Indiana, where the inmate remains in prison for a 1996 triple murder, ruled Friday that the execution scheduled for Monday will be postponed. Chief Judge Jane Magnus-Stinson granted a motion from three of the victims’ family members, who had been chosen by the warden to see the convicted killer put to death.

These relatives–Earlene Branch Peterson, Kimma Gurel, and Monica Veillette–voiced concern that the execution was set to occur during the ongoing COVID-19 pandemic. To be sure, Peterson–the mother and grandmother respectively of victims Nancy Mueller, 28, and Sarah Mueller, 8–is in the high-risk group of people in danger from the novel respiratory disease. In an affidavit obtained by Law&Crime, she said the government never asked her about her ability to travel for the execution.

“If I were to go now I would have to violate my doctor’s orders to make the trip,” she wrote. “[Son Paul Branch] and I would have to travel by car across four states to Terre Haute to the prison there. We would have to stop at least every two hours so I could walk because of my congestive heart failure.”

It was a tough decision for Peterson, but she has said she doesn’t want Lee put to death.

“I believe putting Daniel Lee to death is not the answer,” Peterson, who was 80 at the time, told The New York Times in a 2019 profile. “It’s an easy way out. He should have to live through this. Like I did.”

She wanted clemency, namely: for Lee to spend life in prison for the 1996 killings of Nancy, Sarah, and Nancy’s husband William Mueller, 53, in Arkansas. Her other daughter Kimma Gurel and granddaughter Monica Veillette agreed.

Lee and fellow white supremacist Chevie O’Brien Kehoe were charged in the murders. Their motive: to steal guns from gun seller William Mueller in order to fund the founding of an “Aryan peoples republic.” The Muellers were white. But authorities painted Kehoe as the leader, while one prosecutor described Lee as “the faithful dog,” according to the Times.

Kehoe got life in prison. The Department of Justice officials in Washington overruled the prosecutors’ decision to seek the same punishment for Lee. Jurors sentenced this so-called “faithful dog” to death.

“We were shocked,” Veillette said. “Shocked. That he got death. And Chevie didn’t.”

“Chevie has used the system his whole life,” Peterson said.

You can read the preliminary injunction against the execution below. Peterson’s affidavit is under that.

Motion to Postpone Daniel L… by Law&Crime on Scribd