It Looks as Though Appellate Court May Deem Obamacare Unconstitutional 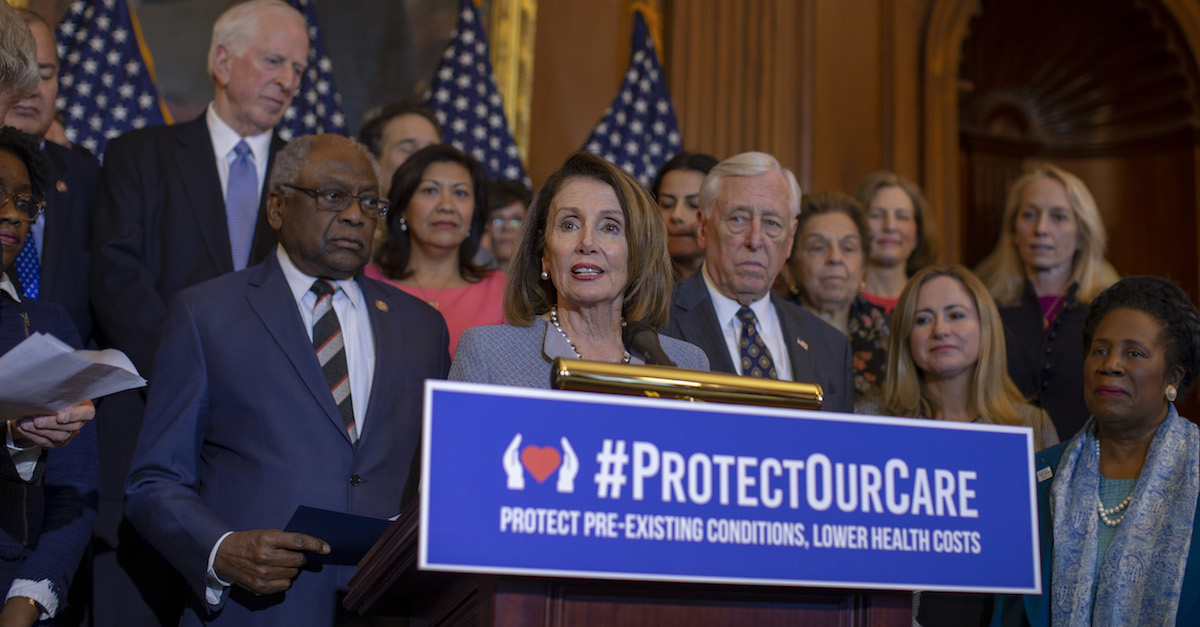 In a move that could affect up to 20 million Americans, a panel of federal appeals judges in New Orleans has been questioning whether or not Obamacare is constitutional. This panel has come together to discuss Judge Reed O’Connor‘s ruling in December–one that took legal experts aback and caused an uproar from House Speaker Nancy Pelosi (D-Calif.) and other leading Democrats.

In O’Connor’s eyes, the Affordable Care Act’s constitutional validity hinges on its penalty for uninsured citizens, which the Supreme Court ruled was a tax during the Obama Administration. President Donald Trump‘s Tax Cuts and Jobs Act of 2017 removed this penalty and with it any claim of taxation.

Now, with this tax removed, Republican appointees on the three-judge panel in New Orleans, have been asking questions regarding whether or not the ACA can stand without it. After a two-hour oral debate in the 5th U.S. Circuit Court of Appeals, it’s unclear if judges were ready to uphold O’Connor’s earlier decision invalidating the law. This lawsuit, once seen as a hail-mary play by a desperate White House, has been receiving serious consideration. Appellate Judge Jennifer Elrod, a George W. Bush appointee, pointed out on Tuesday that lawmakers deliberately removed the penalty because they knew it would cause the law to fall. She went as far as to describe the suit as a “silver bullet.”

On the other side of the aisle, Democratic attorneys for the 20 states that are defending the law insist that Congress clearly intended for the rest of the ACA to survive after implementing the mandate policy.

“All the court has to do is look at the text,” said Samuel Seigal, the attorney representing the Democrat-controlled states.

The three-judge appellate panel is expected to rule on the case in the coming months. It’s not certain which direction they’ll take, but the line of tough questioning may be a clue. There’s a chance that the judges rule that the elimination of the individual mandate only renders part of the ACA unconstitutional, which was the Trump Administration’s original stance before they embraced the stance of O’Connor and the lower court ruling. Still, Judge Kurt Engelhardt, a Trump appointee, pointed out that Congress could settle this dispute by cutting the individual mandate entirely, thereby eliminating the basis for the lawsuit altogether. Engelhardt also wondered why the Republican-controlled Senate hasn’t weighed in yet.

For their part, some Republican Senators seem to be hoping the law survives, as they feel that throwing the ACA out entirely could cause pandemonium within the health care system.

“If the appellate court upholds the lower court’s decision, then I hope they’re able to provide a transition,” said Sen. Kevin Cramer (R-N. Dakota) “If the court decides it’s not [constitutional], then we have our work cut out for us.”

“The stake cannot be higher,” said Senate Minority Leader Chuck Schumer (D-N.Y.). “Millions of Americans will suffer if Republicans succeed. Shame on them.”

There’s a chance that the judges will throw the case out if Republican-led states can’t prove that harm has been done by the individual mandate. Barring this, however, one can expect Democrats or Republicans, whichever side loses the case, to appeal to the Supreme Court. The Trump Administration has said it will continue to enforce the ACA while the legal battle proceeds.