CNN’s Cuomo on 2nd Amendment: ‘No Individual Right . . . Until Scalia’ 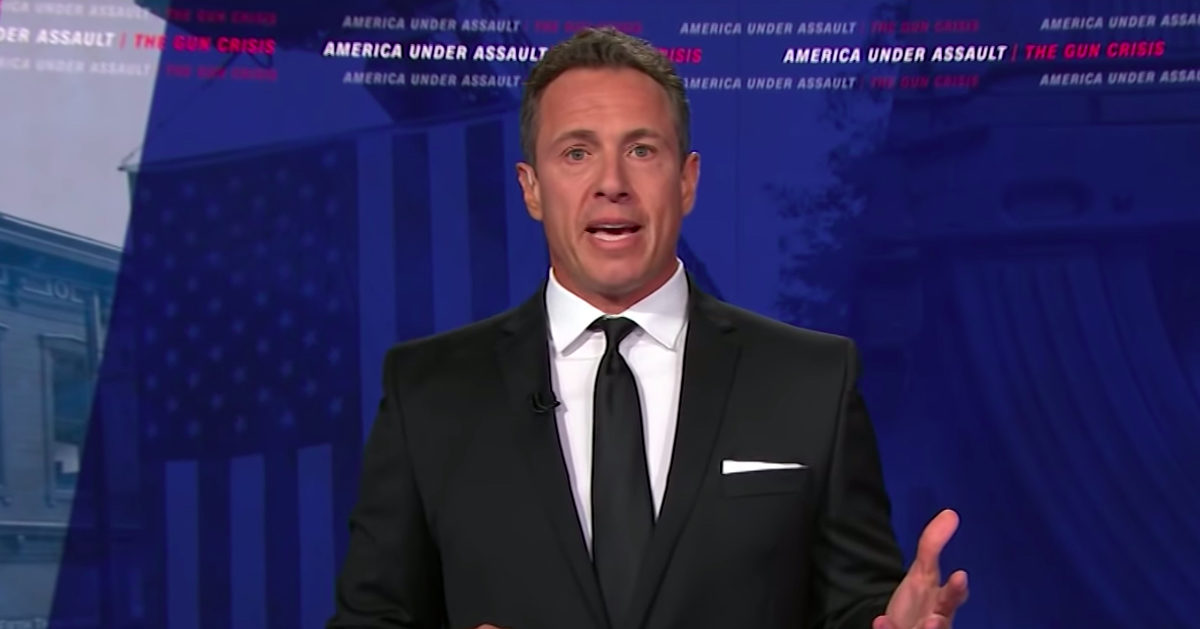 In the wake of two mass shootings in El Paso and Dayton, CNN host Chris Cuomo on Thursday found himself engaged in a debate on the scope of firearm regulation permitted under the Second Amendment of the U.S. Constitution.

In his first tweet of the day, Cuomo, who graduated from Fordham Law School and remains a licensed attorney, addressed those Second Amendment advocates opposed to a so-called assault weapons ban. Cuomo asked how people felt about implementing a more rigorous permit process to purchase the firearm.

“To those against removing AR style weapons, what about requiring the same process as a concealed carry permit to buy one?” Cuomo asked.

Cuomo’s suggestion that the government place additional regulations on assault weapons purchases evoked a strong response from gun rights supporters, many of whom argued that the right to bear arms was enshrined in the Constitution.

Cuomo responded with a historical argument on the evolution of this country’s conception and understanding of the Second Amendment.

“Do you remember what the [Second Amendment] was created for? That there was no individual right contemplated until [Justice Antonin] Scalia read it in? If you are an originalist about the constitution you have no basis for thinking you and not the state controls access,” Cuomo Tweeted.  He added, “even Scalia admitted there must be limits.”

For context, through most of America’s history, the Second Amendment was understood to protect the right to own a firearm in association with militia service. The text of the amendment reads: “A well regulated Militia, being necessary to the security of a free State, the right of the people to keep and bear Arms, shall not be infringed.”

It wasn’t until Scalia’s 2008 opinion in District of Columbia v. Heller that the Supreme Court first recognized that the Amendment’s operative clause should be read to “guarantee an individual right to possess and carry weapons in case of confrontation.”

Cuomo then addressed those concerned that increased regulations on firearm purchases could be used as a “Trojan Horse” to ban all gun ownership. Cuomo pointed to the 1994 Federal Assault Weapons Ban combat those claims.

“But you have to know that is paranoia and fringe right propaganda. The [1994] ban was a joke. Manufacturer went right around it. And we never even tracked shootings to see what impact it had,” Cuomo said.

Again, for context, the 1994 ban was widely panned as ineffectual due to the prevalence of loopholes that allowed manufacturers to produce slightly modified weapons that ultimately circumvented the law on technicalities.

While shooting data wasn’t tracked as closely then as it is now, most experts agree that the law did not have a significant effect on gun violence. The most widely cited study on the law was conducted in 2004 by Professor Christopher Koper, who concluded the following:  “the ban had mixed effects in reducing crimes with the banned weaponry due to various exemptions that were written into the law . . . as a result, the ban did not appear to effect gun violence during the time it was in effect. But there is some evidence to suggest that it may have modestly reduced shootings had it been in effect for a longer period.”

Before allowing the conversation to devolve, Cuomo said the reason he was trying to engage people on the topic was not to cause controversy, but to reach a point where fewer people are killed by firearms.

“Look – the goal should be to have less people shot. Less violence. But this discussion shows just how vicious and ugly we can be. If people were just more invested in decency . . . more in the practice of kindness . . . we would not have so many problems.”