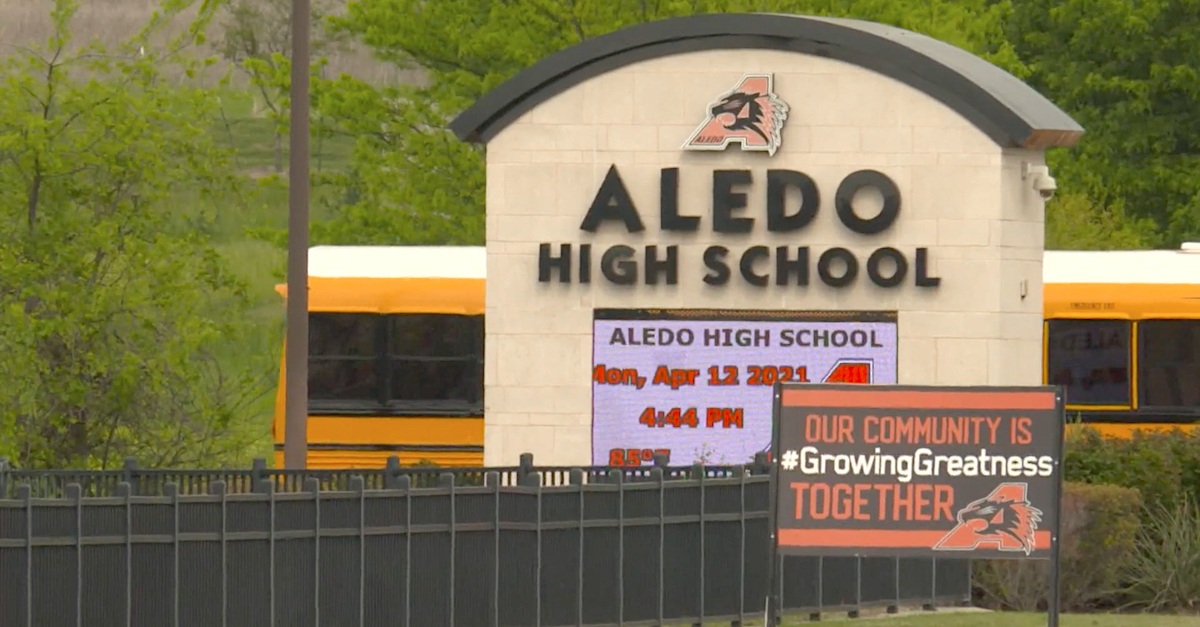 A pretend online slave “auction” at a suburban Texas high school has left advocates outraged at more than just the students involved.

One of the nation’s leading civil rights lawyers is speaking out against the way racist sentiment is cultivated in the United States.

Texas-based attorney Lee Merritt drew attention to the antebellum attitudes on display among numerous white families whose children attend classes in the Aledo Independent School District (ISD) just west of Fort Worth. He did not hold back when referencing the language involved in the fake auction — which included the N-word.

“White students from @AledoISD hosted a slave auction on Snapchat where they sold black classmates for between $1-$100,” Merritt noted via Twitter on Tuesday. “The racism pouring into our politics, our public safety, our national security is being incubated in our schools.”

White students from @AledoISD hosted a slave auction on Snapchat where they sold black classmates for between $1-$100.

The racism pouring into our politics, our public safety, our national security is being incubated in our schools. pic.twitter.com/jkdKXZfHz2

The students in question attend the Daniel Ninth Grade Campus and were eventually caught after creating various social media group chats where they cyberbullied and harassed students based on their race and other physical features. One was called “Slave Trade.” Another was called “[N-word] Farm.”

Some parents were not happy with the district’s response.

“It makes me sick from the standpoint, ‘Who do they think they are? What gives them the right to think they can do that to someone else?'” Mark Grubbs, a parent of three former Aledo ISD students told local NBC affiliate KXAS. “Calling it cyberbullying rather than calling it racism, they’re condoning the behavior, and that is the piece that really gets under my skin.”

Grubbs said he eventually pulled his children from the district because of the unkempt “racism” that Aledo ISD officials allow to flourish in the overwhelmingly white area.

But the district superintendent, Dr. Susan Bohn, said in a Monday email to parents that “[t]here is no room for racism or hatred in the Aledo ISD, period,” ABC affiliate WFAA-TV reported.

“I was not shocked honestly because of the community we live in,” Aledo ISD parent Ella Bullock told KXAS.

According to the Fort Worth Star-Telegram, Bohn said the district opened “an immediate and thorough investigation” that included law enforcement after learning about “an incident that involved students” over two weeks ago.

“We made a formal determination that racial harassment and cyber bullying had occurred and assigned disciplinary consequences in accordance with our policy and the Student Code of Conduct,” the district’s “Important Message” said. “This incident has caused tremendous pain for the victims, their families, and other students of color and their families, and for that we are deeply saddened.”

“After being notified of the incident, the Aledo ISD immediately engaged in conversations and communication with students and the student group that was involved, as well as their parents, and made it clear that statements and conduct that targets a student because of his or her race is not only prohibited but also has a profound impact on the victims,” the message continued. “We also shared this message with staff and parents at the campus.”

That statement, however, was light on specifics; the details were made available by local left-wing activists.

“Can you imagine what it’s like for somebody to put a price on your head?” Parker County Progressives leader Tony Crawford told the Star-Telegram. “I cannot imagine the embarrassment and hurt that people you might be friends with are having that conversation.”

Crawford added that he felt the district’s handling of the issue was “another in a long line of incidents that are swept under the rug.”

Notably, the school district did not release any information about the number of students involved, which student group was involved, or what form of punishment they received.