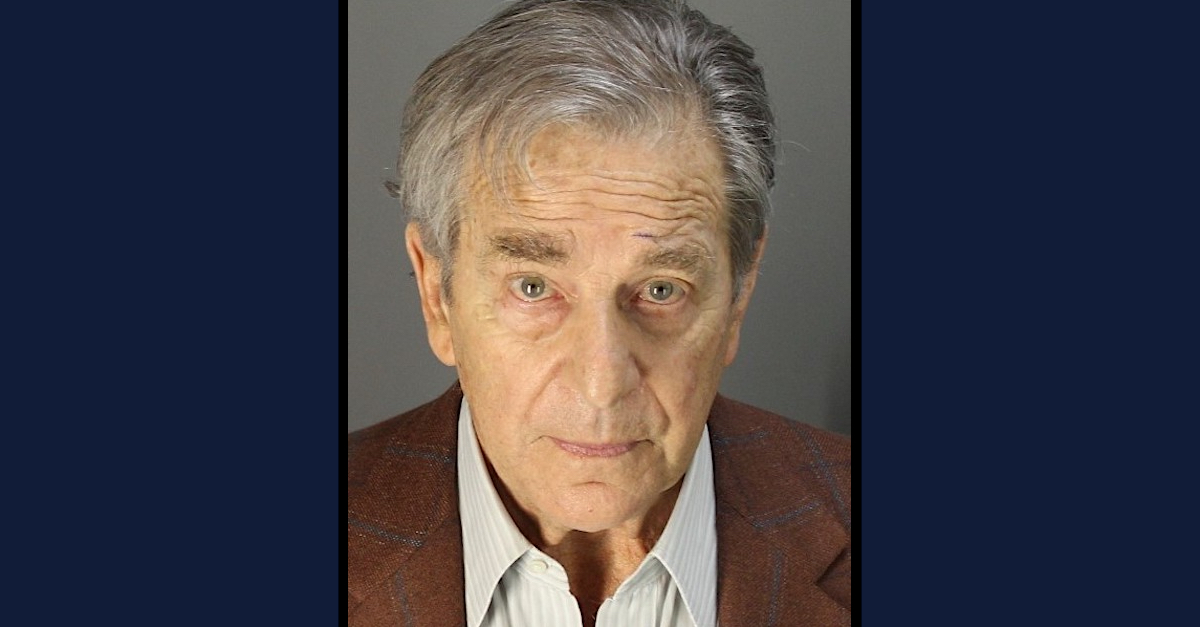 Mr. Pelosi, 82, was arrested late on the night of May 28, for alleged DUI in Napa County, California, according to online records that were available at that time. The accusations levied against him included one misdemeanor count each of driving under the influence and driving with a blood alcohol content of 0.08 or higher.

“The Speaker will not be commenting on this private matter which occurred while she was on the East Coast,” Speaker Pelosi’s office said, according to an Associated Press report.

Nancy Pelosi was scheduled to give a commencement address at Brown University the day after the arrest; she was reportedly not with her husband when the arrest occurred.

Citing a press release from the California Highway Patrol, KRON said that Mr. Pelosi’s car “was struck by a Jeep in a non-injury collision.” That collision reportedly occurred at or near the intersection of State Route 29 and Walnut Lane in Oakville. Mr. Pelosi was reportedly driving a 2021 Porsche, and the other driver, Jesus V. Lopez, 48, of Calistoga, was driving a 2014 Jeep. Officers reportedly arrived at the scene at 10:26 p.m.

It is unclear from the KRON reports who may have been at fault.

The DA’s statement, which was posted on Facebook, continued as follows:

[T]he California Highway Patrol (CHP) arrested Mr. Pelosi (DOB 4/15/40) for Driving Under the Influence of Alcohol and Driving with a .08% Blood Alcohol Content or Higher. He was booked into the Napa County Department of Corrections and cite released.

Mr. Pelosi agreed to a court date of August 3, 2022, at 8:30 am in Napa County Superior Court. If criminal charges are filed, Mr. Pelosi would be arraigned at that time. The case is currently under review to decide what, if any, charges will be filed against Mr. Pelosi. This is standard protocol for any DUI case that is referred by a law enforcement agency in Napa County.

No decision has been made at this time. Any speculation to the contrary is incorrect. When a filing decision is made by the Napa County District Attorney, the media and public will be notified.

The statement may have been a response to a tweet by Rep. Lauren Boebert (R-Colo. 3), who inaccurately claimed on June 8 that the case against Mr. Pelosi had been “dropped.”

Is anyone really surprised?

FOX News reported on June 10 that the California Highway Patrol has thus far refused to release body camera video of the incident because it could “jeopardize” the investigation.

“The Public Records Unit (PRU) has determined the Department possesses records responsive to your request,” the CHP wrote, according to FOX’s report about its own public records request. “However, the Napa County District Attorney’s Office has advised the release of records would jeopardize an ongoing investigation. As such, records are being withheld pursuant to Government Code section 6254 (f).”

That denial resulted in a skewering by FOX’s opinion hosts who demanded to see the entire incident, including any footage of Mr. Pelosi in a so-called “drunk tank” jail cell.