U.S. Capitol Police: Visit by 15 Constituents of GOP Congressman the Day Before Jan. 6 Was Not ‘Suspicious’ 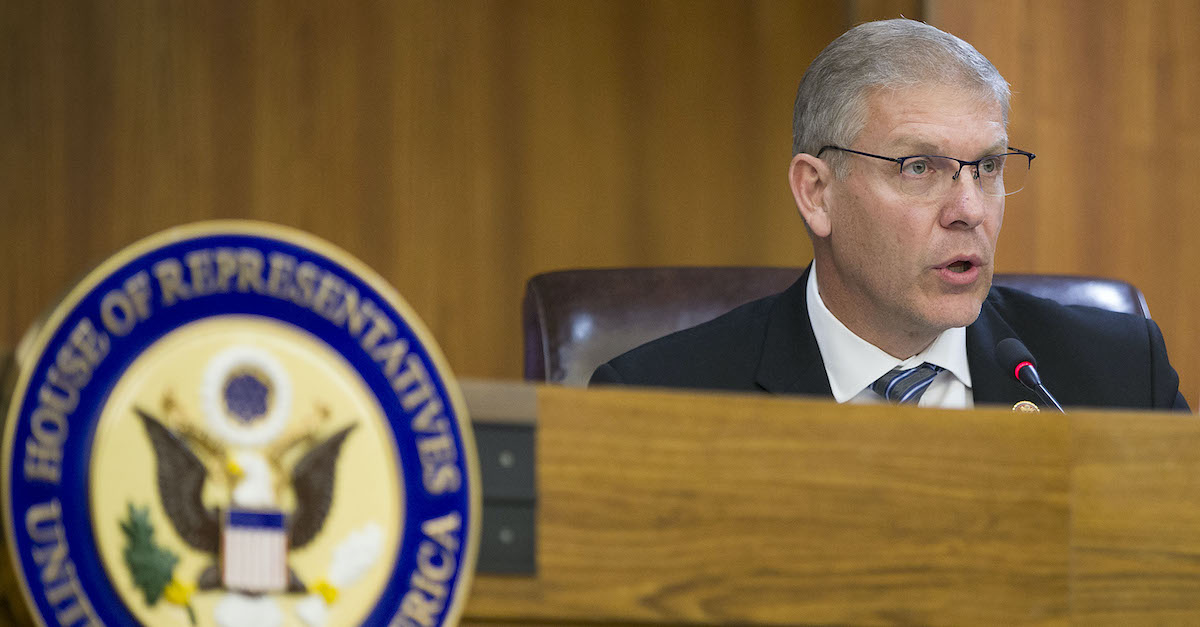 Rep. Barry Loudermilk (R-Ga.) speaks during the Elections Subcommittee field hearing on ‘Voting Rights and Election Administration in Florida’ at the Broward County Governmental Center on May 6, 2019 in Fort Lauderdale, Florida.

After reviewing closed-circuit TV from the day before the Jan. 6 attack on Congress, U.S. Capitol Police reported finding nothing “suspicious” about a visit by some 15 constituents of a Republican congressman to his office building.

The letter, released by the top Republican on the Committee of House Administration on Tuesday, appears to clear Rep. Barry Loudermilk (R-Ga.) of claims that he led reconnaissance tours of the U.S. Capitol on Jan. 5, 2021.

U.S. Capitol Police Chief Thomas Manger said that he found “no evidence” that Loudermilk entered the Capitol with his constituents on that day. He found that he had 12 visitors to the Raymond Building, which later grew to 15.

“Shortly thereafter, the group departed from the building entrance (out of camera range but within the building) in the direction of Rayburn Room 2133 (Representative Loudermilk’s office),” Manger’s two-page letter, which is dated Monday, states.

Some two hours later at 1 p.m., the group reappeared on the CCTV of the basement of the Cannon House Office Building.

“The group entered the basement of the Cannon from the direction of the Longworth House Office Building (Longworth) cafeteria,” the letter states. “The group spent approximately five minutes at the exhibit. During this time, Representative Loudermilk separated from the group and exited the Longworth South Capitol Street Door alone.”

On May 19, 2022, the Jan. 6 Committee scrutinized Loudermilk in a two-page letter seeking his voluntary cooperation with their investigation, citing public reporting and witness accounts about “efforts to gather information about the layout of the U.S. Capitol, as well as the House and Senate office buildings.”

According to a letter by Jan. 6 Committee Chair Bennie Thompson (D-Miss.) and Vice Chair Liz Cheney (R-Wyo.), Committee on House Administration Republicans insisted, “There were no tours, no large groups, no one with MAGA hats on.”

“However, the Select Committee’s review of evidence directly contradicts that denial,” their letter stated.

The Capitol Police chief’s letter appears to undermine that assertion.

“We train our officers on being alert for people conducting surveillance or reconnaissance, and we do not consider any of the activities we observed as suspicious,” Manger wrote.

“This is proof that no Republican, even the one they accused just a few weeks ago—Barry Loudermilk who serves on my Committee—he did not take anyone on a reconnaissance tour and frankly the Democrats need to be ashamed of themselves,” Rep. Rodney Davis (R-Ill.) said.

A representative for Rep. Zoe Lofgren (D-Calif.), who chairs the Committee on House Administration and played a key role in the Jan. 6 Committee’s second hearing, did not immediately respond to Law&Crime’s press inquiry.