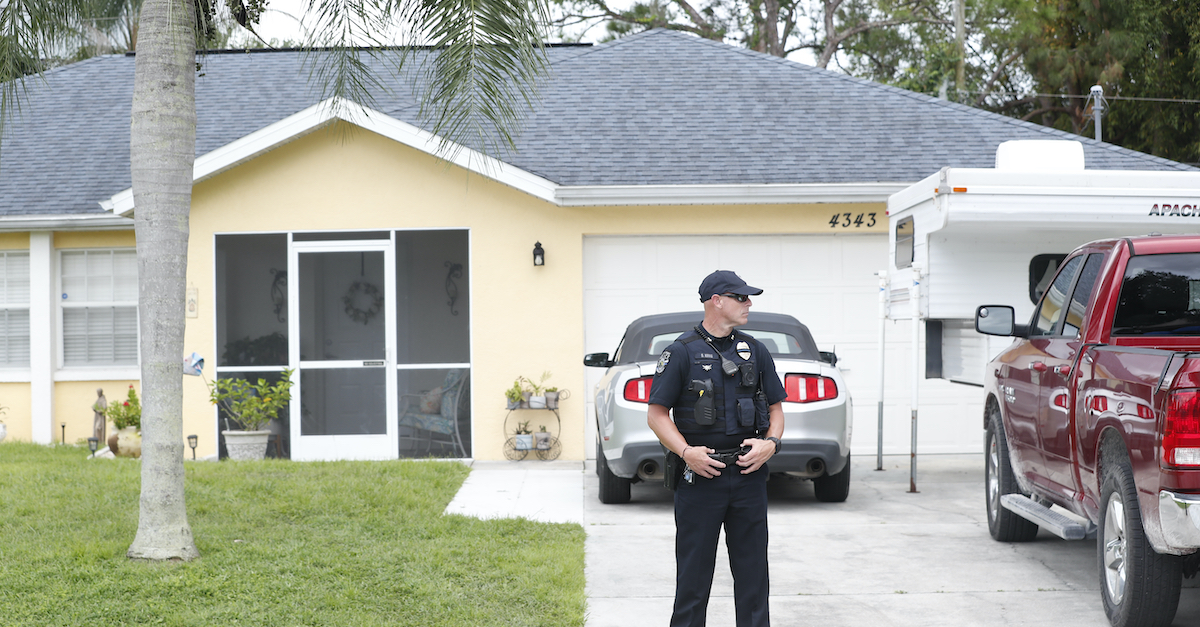 A North Port Police officer stands in the driveway of the family home of Brian Laundrie, who is a person of interest after his fiancé Gabby Petito went missing in North Port, Florida.

Brian Laundrie‘s parents now believe their son disappeared from their home one day earlier than they originally told authorities, their family lawyer told a television station in Florida.

The Laundrie parents initially reported their son missing on Sept. 17, telling authorities then that the last time saw him home was Sept. 14.

“The Laundries were basing the date Brian left on their recollection of certain events,” the Laundrie family’s attorney Steve Bertolino told local NBC affiliate WFLA. “Upon further communication with the FBI and confirmation of the Mustang being at the Laundrie residence on Wednesday, Sept. 15, we now believe the day Brian left to hike in the preserve was Monday, Sept. 13.”

Exactly one week after obtaining a warrant for the 23-year-old’s arrest, the FBI reportedly revisited his family home this past Thursday. The bureau’s Denver field office, taking the lead on the investigation, provided no public comment as to why agents returned.

Laundrie has been on the lam for more than a week and missing for far longer, as authorities still search for answers in the death of his fiancée Gabby Petito.

Though a medical examiner ruled Petito’s death a homicide, authorities have not accused Laundrie of killing her. Prosecutors do allege, however, that Laundrie racked up more than $1,000 in unauthorized charges on a Capital One debit card between Aug. 30 and Sept. 1. Authorities have not directly said that the card was Petito’s, but the dates fell well after Laundrie returned from their road trip to Utah alone.

Petito’s family attorney Richard Stafford has alleged in a Fox News interview that Laundrie stole the 22-year-old’s credit card and then ran from police.

At the time, Bertolino downplayed reports of the visit.

“The FBI is at the Laundrie home today to collect some personal items belonging to Brian that will assist the canines in their search for Brian,” Bertolino told Law&Crime at the time. “There is nothing more to this.”

On Sept. 23, a federal judge in Wyoming issued an arrest warrant for Laundrie, and prosecutors revealed his indictment under 18 U.S.C. § 1029(a)(2). The federal criminal statute broadly seeks to punish “fraud and related activity in connection with access devices.”  The charge carries a maximum 10-year sentence and a fine.

Since Laundrie’s disappearance, federal and Florida authorities launched a search of the nearby Carlton Reserve, the destination where authorities say the 23-year-old left home a week ago to go on a hike. Police issued a lengthy statement on Facebook about their search across “vast and unforgiving” terrain.

“This is dangerous work for the search crews as they are wading through gator and snake infested swamps and flooded hiking and biking trails,” the statement read. 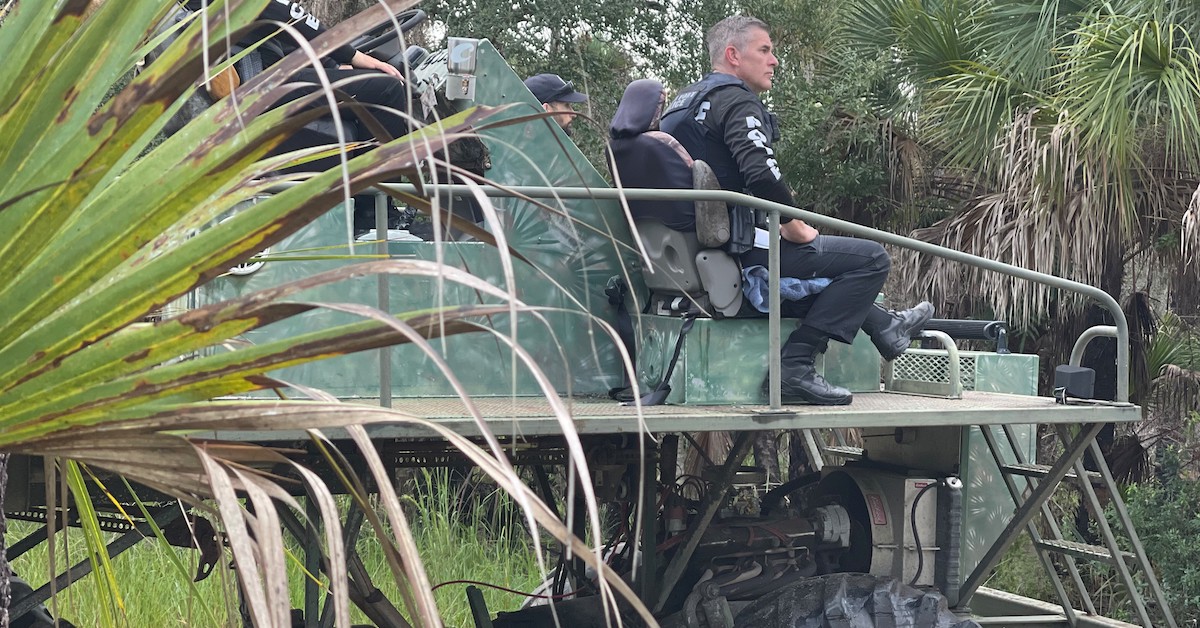 Authorities in North Port, Fl. released this photograph of a swamp buggy used in the search of Brian Laundrie. (Image courtesy of the City of North Port, Fla.)

For several days, police in North Port, Fla. posted updates of their excursions daily on YouTube, describing to reporters about how they used dogs, swamp buggies, drones, and other tools in an attempt to find Laundrie. Those press updates appear to have stopped as the search efforts failed to locate the target of the police efforts.

Earlier this week, Petito family attorney Richard B. Stafford held a press conference where he rebuked the Laundrie family over its alleged “silence.”

“The Laundries did not help us find Gabby,” Stafford told reporters. “They sure [are] not going to help us find Brian. For Brian: We’re asking you to turn yourself in to the FBI or the nearest law enforcement agency.”

The grisly and tragic discovery of Petito’s body in Wyoming has called nationwide attention to the cases of other missing persons in Teton County. A search-dog-equipped team found a body on Tuesday fitting the description of 46-year-old Texas hiker Robert “Bob” Lowery, a development investigators credited to nationwide coverage of the slain Instagram influencer.

Update—Oct. 5 at 7 p.m. Eastern Time: This story has been updated to clarify the timeline of when Laundrie’s parents reported their son’s disappearance to authorities. The WFLA report cited in the original report stated that parents made their initial report on Sept. 14. The parents actually reported the disappearance on Sept. 17, telling authorities they last saw their son on Sept. 14.