UPDATE: Police Say They Found No Evidence of Gunfire at Florida Mall 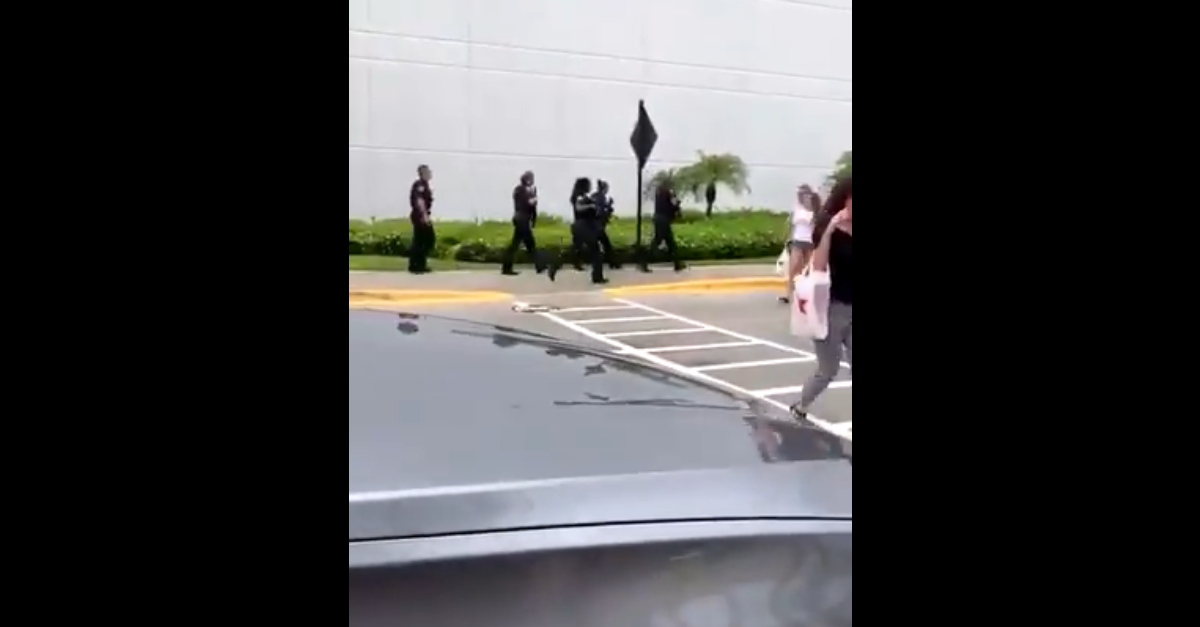 There was a reported shooting at a mall in Boca Raton, Florida, but as of Sunday night, cops said there’s no evidence of gunfire. There’s a report of one person being injured during the evacuation.

The situation developed Sunday at Town Center Mall in Boca Raton. Local cops asked that people in the mall shelter in place while police and SWAT search the grounds.

“There is no active shooter at this time at Town Center Mall,” authorities said in an update. Police said they had responded to reports of shots fired, and were still searching the mall.

As of Sunday afternoon, there were local reports of one victim.

From a Christine Stapleton, a reporter with The Palm Beach Post:

My roommate was inside the Boca Mall when shooting occurred about 3 pm near Lululemon and Art of Shaving. Sounded like pops, not automatic gunfire. One person shot. Condition unknown. People inside have been taken to nearby restaurant to speak w/ police.

Police released an update Sunday afternoon saying that one person with a possible gunshot wound was taken the Delray Medical Center.

Evacuation procedures were ongoing as of about 6 p.m. ET. Officers later said that this person was not shot, but sustained an injury while evacuating. As of Sunday night, authorities said there was no evidence of gunfire, shells, or rounds.

Update: The victim transported to Delray Medical Center sustained a trauma injury from a door while evacuating. The victim did not sustain a gunshot wound. At this point, we are investigating a suspicious incident as the source of loud bangs remains unknown. @BocaPolice

3. People Taking Shelter in the Mall

As seen on video, some people at the mall remained in the stores as officers searched the grounds on Sunday afternoon.

MORE: @BocaPolice are searching through the mall after reports of an active shooter. Many employees locked in place. We’re expecting an update from police shortly @WPLGLocal10
VIDEO: from @RpSoles pic.twitter.com/HMTZOVUhXr

Others can be seen leaving as cops arrive at the scene.

Note: Updated to reflect that according to police, there was no evidence of gunfire. A person sustained an injury during the evacuation, they said.