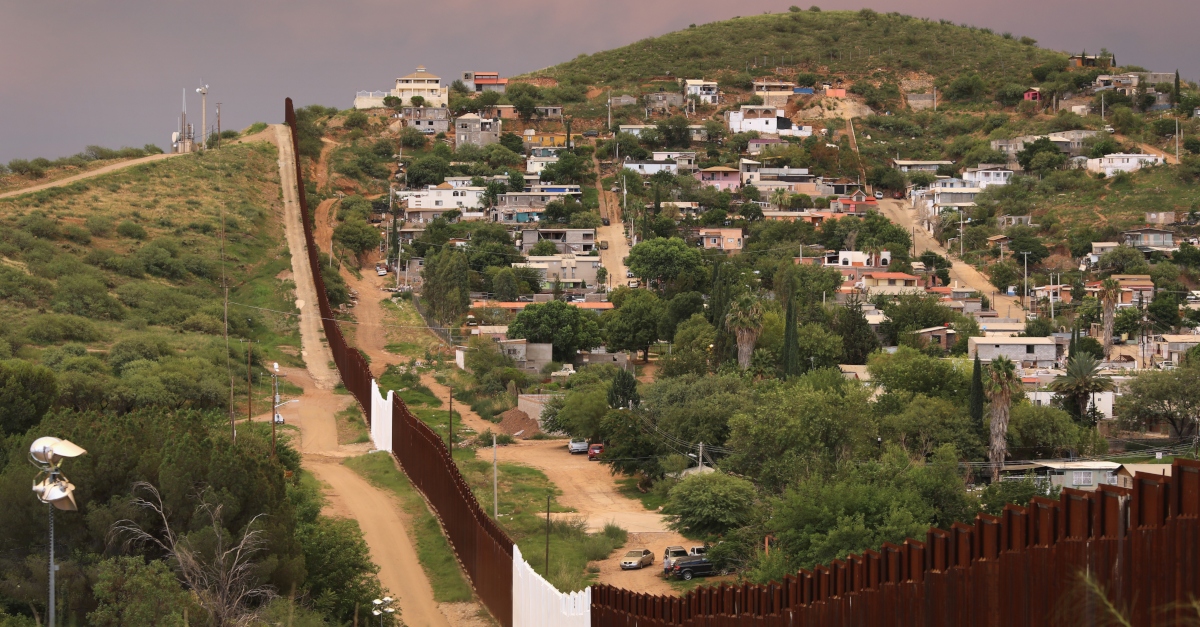 A Border Patrol agent charged with allegedly hitting a migrant with a truck had a long history of overaggressive takedowns and hostile statements against border-crossing immigrants, say prosecutors.

“This is a failed agency,” Matthew Bowen once wrote in a text message, according to court documents obtained by The Arizona Daily Star. “Its sad bc BP does really important work but we are treated like s—, prosecuted for doing what it takes to arrest these savages and not given appropriate resources to fully do our job.”

Prosecutors plan on using his text messages against him in a federal trial scheduled to begin August 13. Bowen is charged with using a Border Patrol vehicle to hit a fleeing Guatemalan man in Nogales, Arizona on December 3, 2017, and lying about it in a report.

The defendant allegedly wrote in text messages it was “just a little push with a ford bumper,” and complained, “I wonder how they expect us to apprehend wild ass runners who don’t want to be apprehended.”

In other texts, Bowen allegedly used derogatory terms to describe the people he captured for his job. This included stuff like, “disgusting subhuman s— unworthy of being kindling for a fire.” In another text, he allegedly wrote, “Guats are best made crispy with an olive oil from their native pais.” He allegedly called for more aggressive tactics to be used, writing, “PLEASE let us take the gloves off trump!”

Prosecutors also gave a preview of the kinds of questions they’d ask Bowen if he testified. They’d press him about incidents in which he allegedly stepped over the line in doing his job. For example, there’s a 2012 incident in which Bowen allegedly searched a car without probable cause and roughed up the driver; and a March 2015 incident in which he allegedly tackled an undocumented immigrant who had already stopped running.

Defense lawyer Sean Chapman told the court he would argue that the texts wouldn’t show Bowen’s mind-set because specific terms are “commonplace throughout the Border Patrol’s Tucson Sector,” and are part of agency culture. While the language could be seen as “racist or offensive,” a jury wouldn’t be able to use it to figure out if Bowen planned on using excessive force in that incident. He said that the driver in the 2012 incident had refused to step out of the car. The migrant in the 2015 incident was tackled after the person’s group scattered.

Records obtained by Law&Crime show that Bowen pleaded not guilty to deprivation of rights under color of law, and falsification of records in federal investigations.