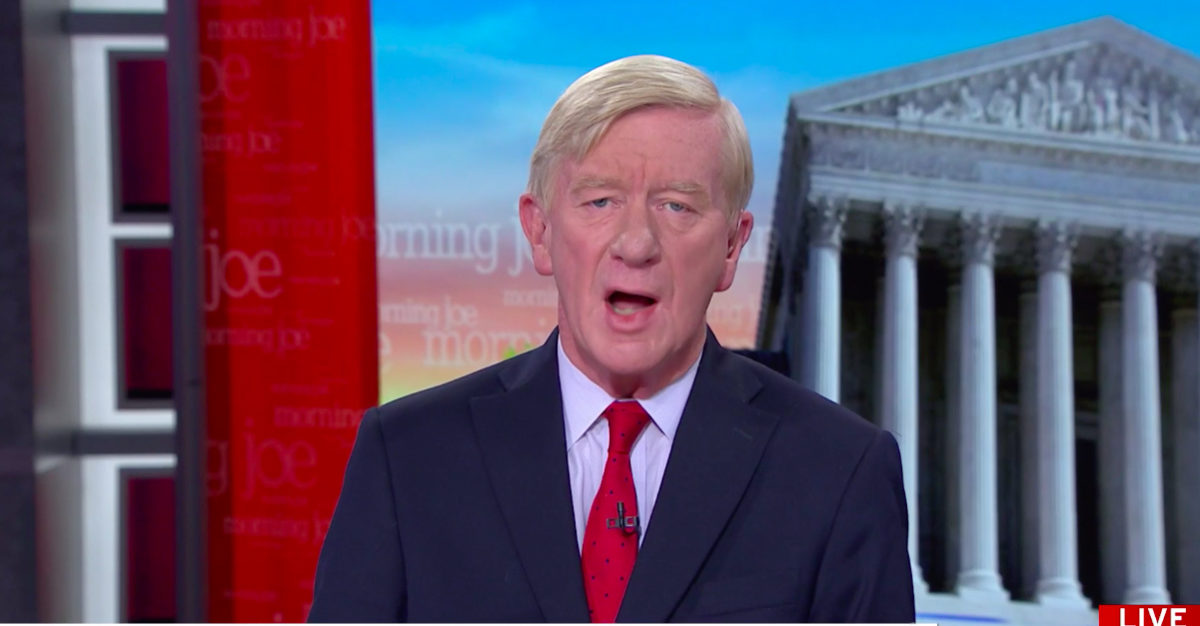 Appearing on MSNBC’s “Morning Joe,” Weld suggested that Trump’s crime and the prescribed punishment were both clear-cut.

“Talk about pressuring a foreign country to interfere with and control a U.S. election. It couldn’t be clearer. That’s not just undermining Democratic institutions. That is treason – it’s treason pure and simple – and the penalty for treason under the U.S. Code is death. That’s the only penalty,” Weld said, adding that Trump’s removal from office could be an alternative “if he could work out a plea deal.”

However, regardless of how egregious one may find Trump’s reported actions, Weld’s claim that his conduct constitutes treason under the U.S. Code is incorrect as a matter of law.

The statute for treason, 18 U.S. Code § 2381, was deliberately drawn to include a very narrow set of circumstances and reads as follows:

According to the statutory language, mere disloyalty or undermining America’s election process does not constitute treason.

University of Texas School of Law professor Steve Vladeck, who has written extensively on the topic of treason, explained the common misconception in an NBC News op-ed last year.

“Because of this history, a lot of things that might seem or feel like treason to casual observers do not, in fact, come close. In this context ‘enemies,’ for example, must be countries against which Congress has formally declared war or otherwise authorized the use of force. (So contemporary Russia is out, whatever role it may have played in the 2016 election),” Vladeck wrote. “Even during the height of the Cold War, when Julius and Ethel Rosenberg were tried, convicted and executed for conveying nuclear secrets to the Soviet Union, the charge against them was espionage, not treason.”

“And ‘levying war’ against the United States requires active and direct participation in an armed conflict, not just ‘un-American’ speech or insufficient patriotism,” he added.

Weld’s misinterpretation of the law was not lost upon legal experts and political commentators, who moved quickly to correct his error.

“This is not helpful,” former federal prosecutor Mimi Rocah tweeted in response to Weld’s statement. Noting that treason is “very narrowly defined,” Rocah said, “Trump’s conduct is many things but not actually treason,” adding, “Let’s not raise the bar with unnecessary hyperbole.”

I love Bill Weld and appreciate his outrage (wish there was more of it among Republicans) but I don’t think that talking about treason and execution is helpful. Let’s stick to impeachment. https://t.co/R5spZKiRoy