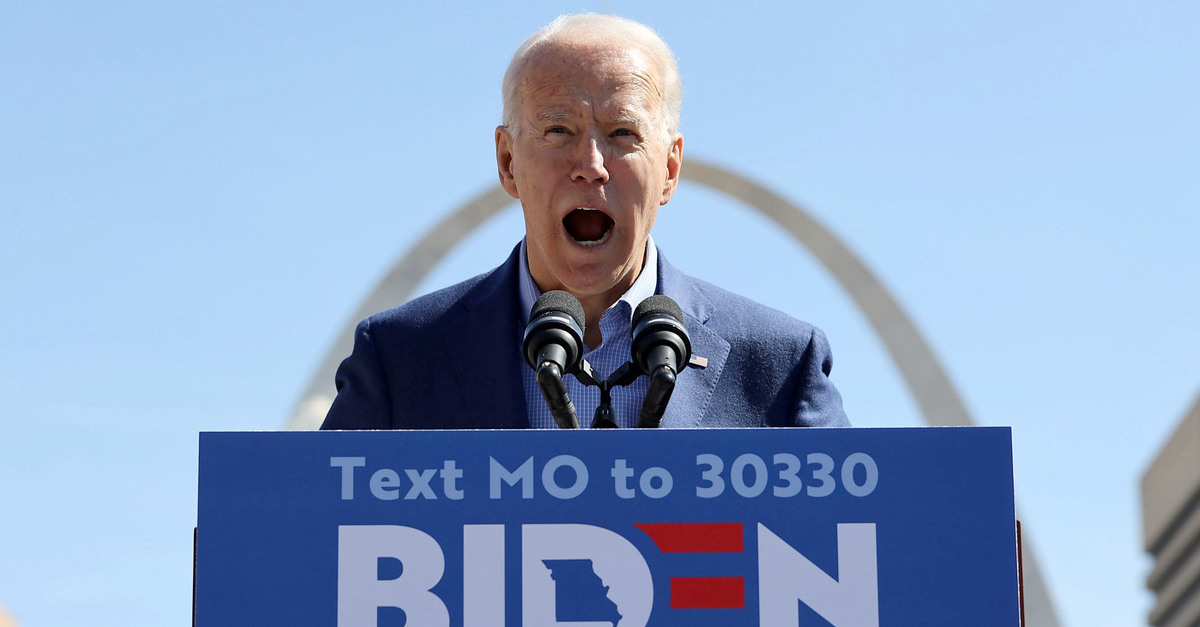 The campaign of Democratic presidential frontrunner Joe Biden on Wednesday called out the Trump administration’s “inaction” on responding to the new COVID-19 coronavirus, outlining a number of steps President Donald Trump should be taking–including the invocation of the Defense Production Act (DPA) to meet the increasing demand for life-saving hospital equipment. As political commentators and journalists noted, this Biden demand was released after President Trump had already announced that he was invoking the DPA.

Biden said the Trump administration must: “Prioritize and immediately increase domestic production of any critical medical equipment required to respond to this crisis – such as the production of ventilators and associated training to operate – by invoking the Defense Production Act, delegating authority to HHS and FEMA.”

“This action must be built on forecasted demand, using the best modeling currently available for negative scenarios,” Biden said in a lengthy statement that also partially blamed the Trump’s “misguided trade war with China” for the nation’s lack of necessary devices.

Unfortunately, just a few minutes prior to the Biden campaign releasing the former vice president’s statement, President Trump had already declared his intention to invoke the DPA as part of the United States “war” against novel and deadly coronavirus.

As previously reported by Law&Crime, the DPA imbues the president with broad authority to mobilize – or even coerce – the private sector to manufacture emergency materials for the purposes of America’s national defense and national security, including in cases of natural or man-caused disasters.

“Right after we finish this conference, I’ll be signing it and it’s prepared to go,” Trump said of the statute originally passed in 1950. “There’s never been an instance like this where no matter what you have it’s not enough. If we need to use it, we’ll be using it at full speed ahead.”

The shortage of medical equipment has become an issue of increased focus as the pandemic continues to spread across the country. More than 50 House Democrats last week also urged the president to invoke the DPA in a letter, saying it would “ensure we have the materials we need at the ready, rather than wait for disruptions in the global supply chain to subside.”