Attorneys for Christopher Steele: There Were ‘Serious Errors and Misstatements’ in OIG Report 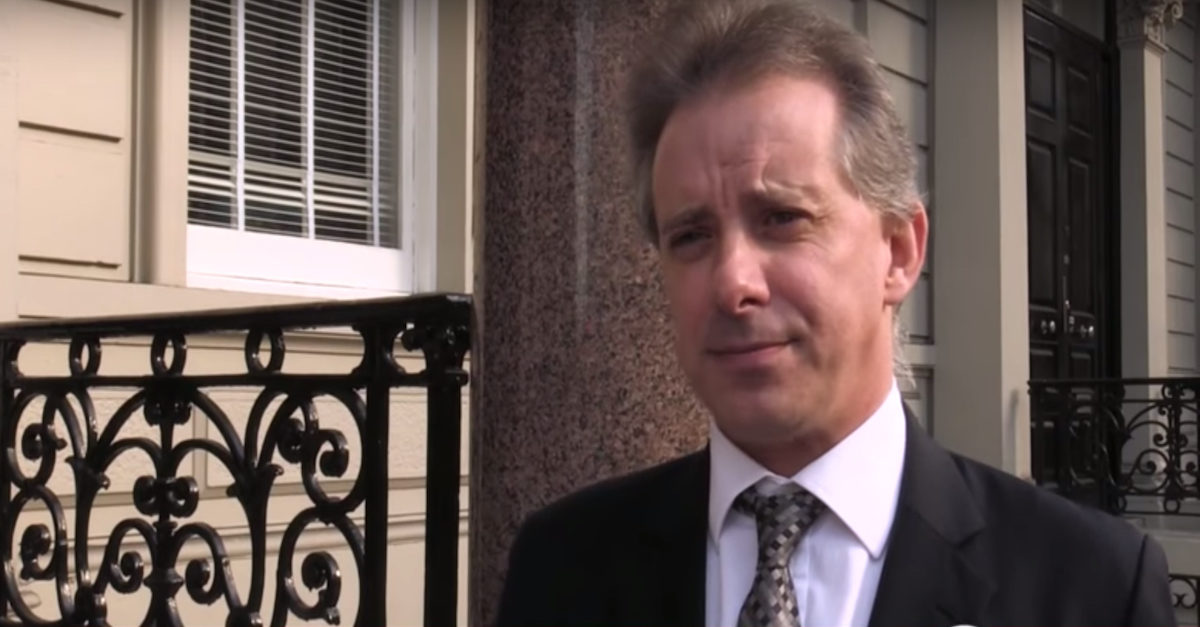 In the opening lines of the letter, Steele’s lawyers claimed the report contained “serious errors and misstatements.”

The most prominent point of contention appears to be the FBI’s classification of Steele as a “confidential human source” (CHS) throughout the report, despite Steele and his company, Orbis Business Intelligence, having informed the bureau that his previous work for MI6 forbid him from acting as a CHS. Steele and Orbis claim to have explicitly told the FBI that the “only acceptable arrangement” was for the bureau to enter into a contractual relationship with Orbis.

“That label flies in the face of considerable evidence and of reality. Before doing work for the FBI, Orbis wrote a letter seeking permission to do that work from the UK government. That letter describes a ‘commercial relationship’ between Orbis and the FBI and states that the information provided to the FBI would come from the firm,” the letter stated.

Steele had also previously released a letter written to MI6 informing the service about his “commercial” relationship with the FBI.

Steele Was “Never Asked” Not to Disclose Information to the Media

Despite conflicting reports from the FBI agents interviewed for the OIG report, Steele maintained that he was never asked to refrain from disclosing information to the media, as such a request would directly conflict with his ability to perform the work for his private client. Steele’s account appears far more credible than those given by the agents, all of which differed in some way.

“There were two meetings between Christopher Steele and FBI agents that addressed Orbis’s investigation,” Steele’s attorneys wrote “At neither meeting, and at no other time, did the FBI ask Christopher Steele not to disclose information from Orbis reports to the media—a request he would have, in any event, had to reject given the requirements of his private client. The FBI’s records and statements recounted in the OIG Report on this point are unreliable and inaccurate.”

Steele’s attorneys also claim that the FBI may have endangered one of Steele’s sources by discussing their interactions with them in the report. Steele was also deprived of the opportunity to respond to claims his source made to the FBI, the letter said.

You can read the full statement from Steele’s attorneys below:

Steele Statement by Law&Crime on Scribd