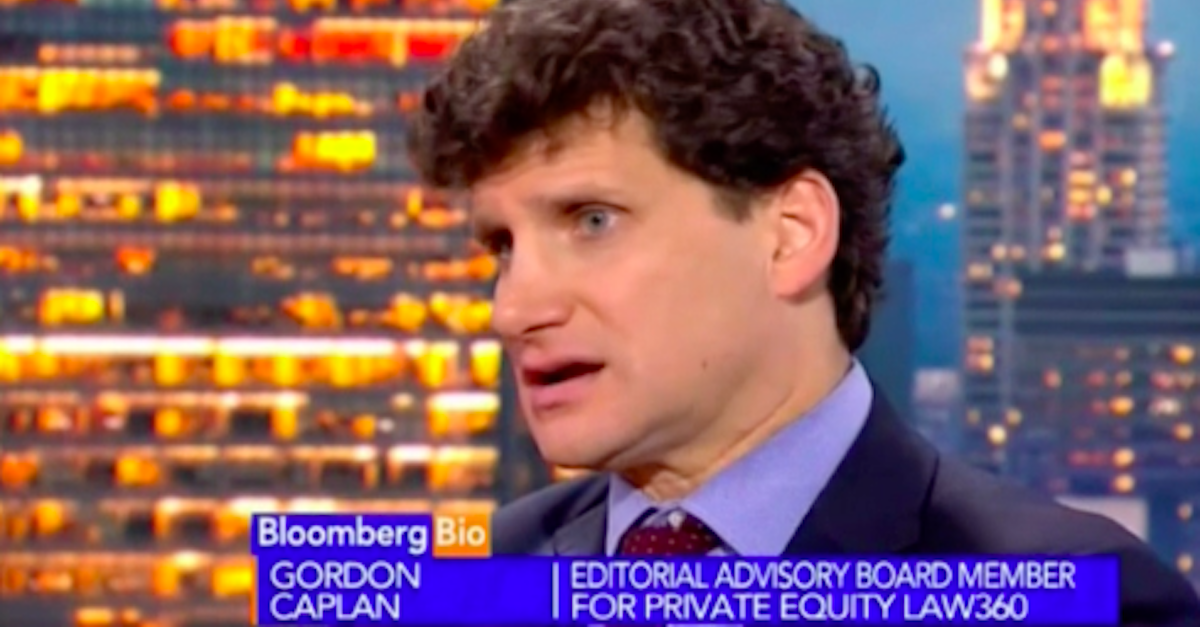 Gordon Caplan went from high-powered lawyer who was certain he’d hit a “home run” to a disgraced man without a law partnership seemingly overnight. Caplan has officially pleaded guilty in the nationwide college bribery scam after indicating a month ago that this would be the case, meaning he now faces a $40,000 fine and moderate prison time.

Caplan pleaded guilty on Tuesday to conspiracy to commit mail fraud and honest services mail fraud in a Boston federal courtroom. Prosecutors are recommending the lower end of the 8-14 months in prison range.

The former partner and co-chairman at international law firm Willkie Farr & Gallagher previously said that he took “full and sole responsibility” for his actions. As Law&Crime reported before, Caplan shelled out $75,000 as part of an agreement that would have his daughter declared as having a learning “discrepancy” in order for her to get extended time to take a college entrance exam, namely the ACT. A proctor was to ensure that she got the desired score.

Caplan was recorded speaking on the phone with William “Rick” Singer, the admitted mastermind of the scam. Caplan, seemingly to his embarrassment and shame, laughed about hitting a “home run.”

CW-1: It’s the homerun of homeruns.
CAPLAN: And it works?
CW-1: Every time. (laughing)
CAPLAN: (laughing)

On a later date, when Caplan’s wife expressed concern about this over the phone, Caplan got on the phone and laughed some more.

CAPLAN: Is, let me put it differently, if somebody catches this, what happens?
CW-1: The only one who can catch it is if you guys tell somebody.
CAPLAN: I am not going to tell anybody.
CW-1: Well (laughing)
CAPLAN: (laughing)

In a third exchange, Caplan memorably said that he wasn’t concerned about the “moral issue here,” even as he expressed concerns about what would happen if they got caught. 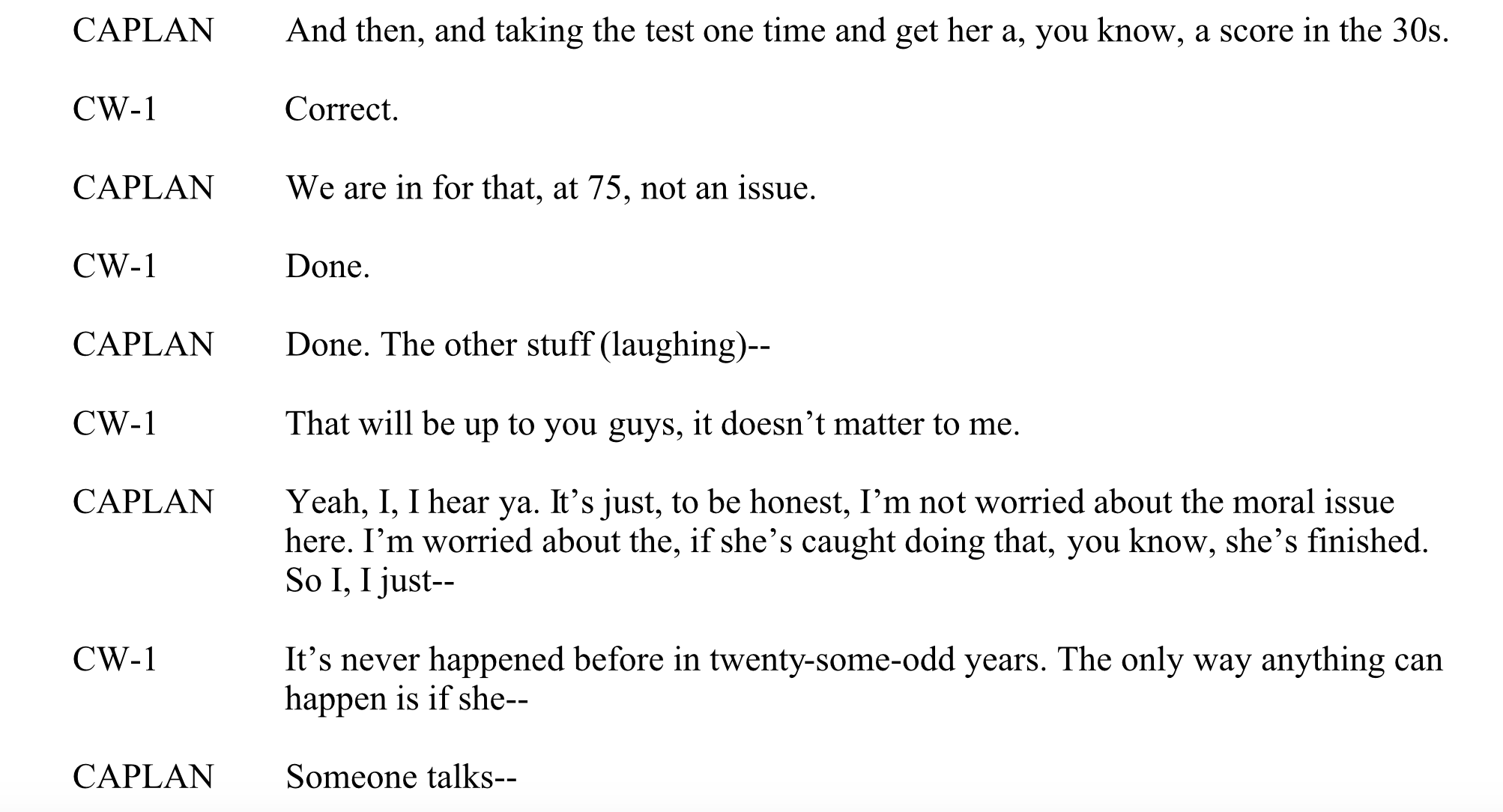 In a fourth exchange, Singer explained how to get more test time and rationalized the scam:

Oh yeah, there’s times when we have to appeal because, you know, for whatever reason. You have to understand that College Board and ACT both outsource their decisions to a committee, ’cause they’re tired of being sued. For, you know, so they do the outsourcing. So, sometimes you have to re-appeal so that psychologist that’ll do the testing, will actually write up an appeal. So we’ll do that, and I also need to tell [your daughter] when she gets tested, to be as, to be stupid, not to be as smart as she is. The goal is to be slow, to be not as bright, all that, so we show discrepancies. And she knows that she’s getting all this extra time, everywhere that she is right now. At the Academy kids are getting extra time all the time.

Caplan acknowledged that “to be honest, it feels a little weird.” The word that he uttered after “weird” was “but.”

Caplan joins a lengthy list of parents not named Lori Loughlin and Mossimo Giannulli who have pleaded guilty in the probe known as “Operation Varsity Blues.”