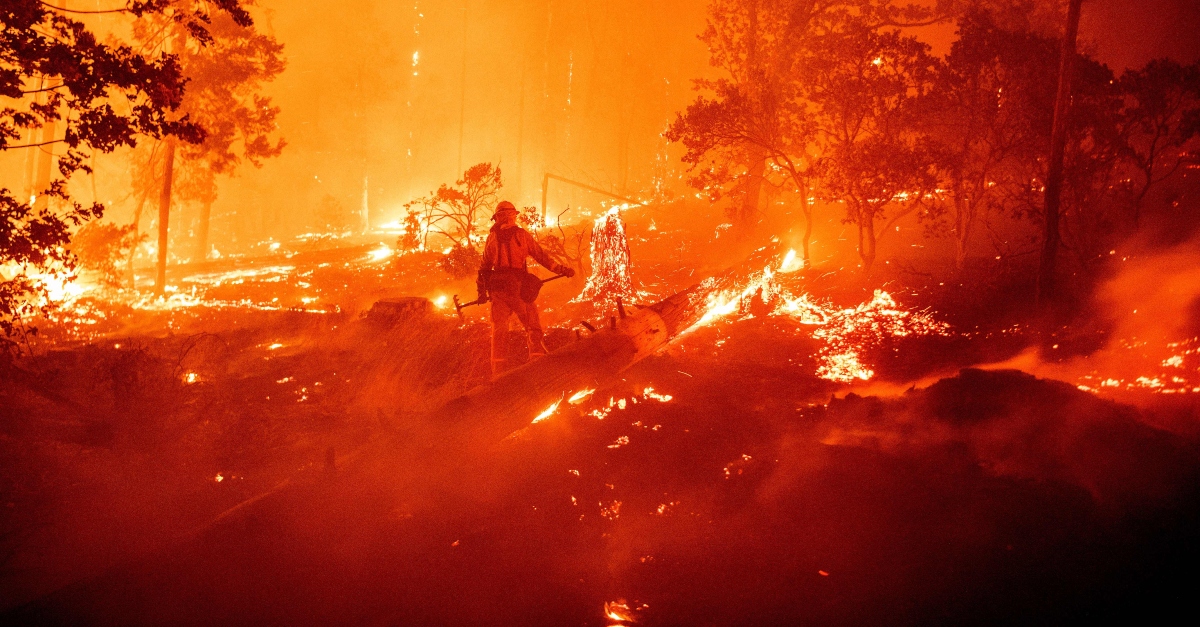 A couple has been charged with starting a California wildfire that killed a firefighter. Refugio Manuel Jimenez Jr. and Angela Renee Jimenez were indicted Monday, according to San Bernardino District Attorney Jason Anderson in a press conference.

The conflagration, which authorities call the El Dorado Fire, started in the park of the same name on September 5, 2020, near Yucaipa, California, according to officials. It burned 22,680 acres, and killed Charlie Edward Morton, who worked with the San Bernardino National Forest for 14 years. Five homes and 15 structures were destroyed; four residences were damaged. The wildfire also resulted in 13 injuries. Two firefighters were hurt, Anderson said. 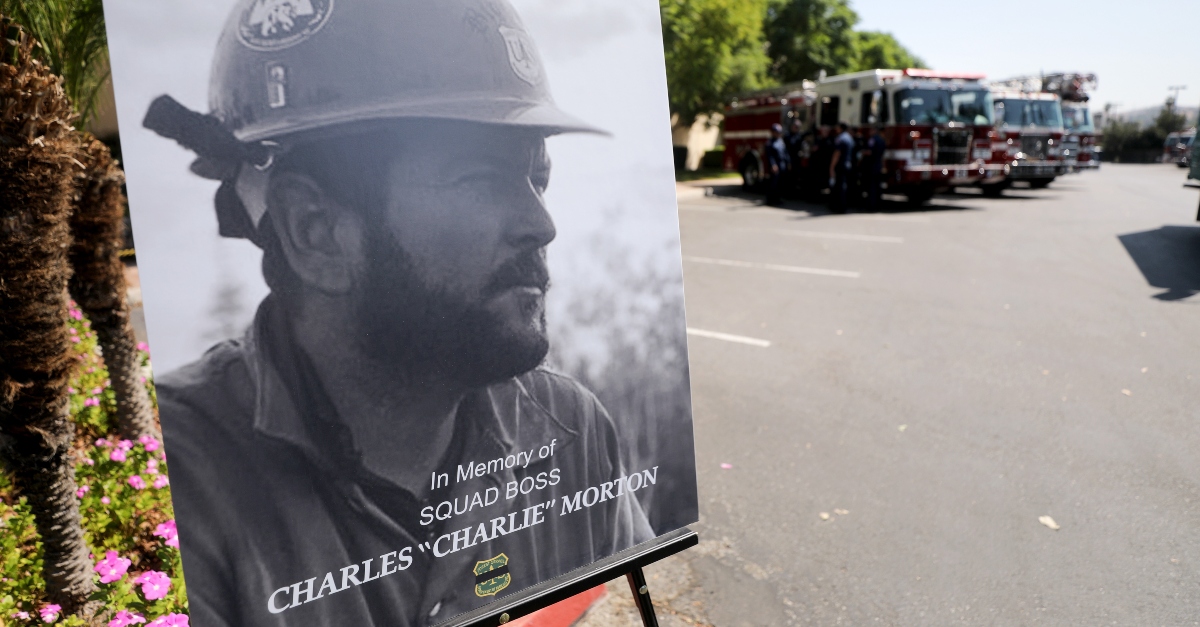 The blaze is part of a disturbing pattern caused by climate change, as higher temperatures and less rain result in increasing rates of wildfires in the region.

“Southern California has warmed about three degrees (F) in the last century and all of the state is becoming warmer,” wrote the U.S. Environmental Protection Agency in 2016. “Heat waves are becoming more common, snow is melting earlier in spring—and in southern California, less rain is falling as well. In the coming decades, the changing climate is likely to further decrease the supply of water, increase the risk of wildfires, and threaten coastal development and ecosystems. Our climate is changing because the earth is warming.”

That risk of wildfire bore out in El Dorado Park.

It is unclear if they have an attorney in this matter.

[Picture of blaze via Josh Edelson/AFP via Getty Images; picture of the Morton memorial via Mario Tama/Getty Images]