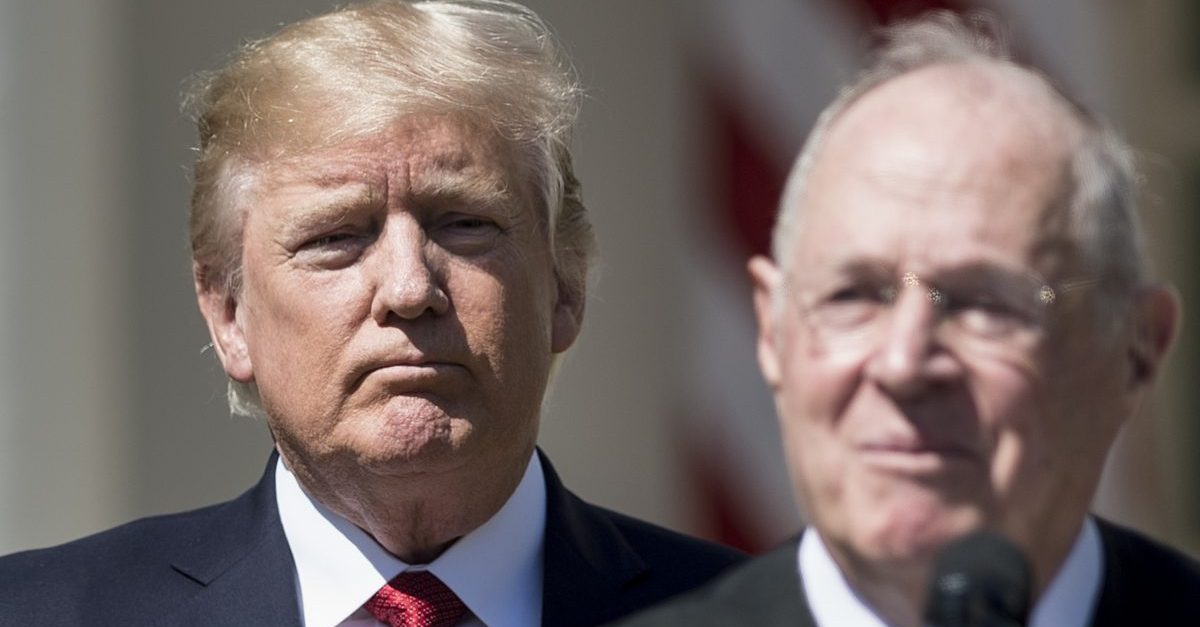 Brett Kavanaugh is a Supreme Court justice because of Anthony Kennedy. This is a true statement in one sense because it was Kennedy’s retirement that led to Kavanaugh’s nomination and subsequent confirmation. But it is also apparently true in another sense: Kennedy directly recommended Kavanaugh to President Donald Trump.

The intriguing detail came out in a Thursday report previewing the forthcoming book, Supreme Ambition: Brett Kavanaugh and the Conservative Takeover. The Washington Post’s Robert Barnes reported some of the eye-popping elements of the book authored by Washington Post deputy editorial page editor and columnist Ruth Marcus. The book comes out on Dec. 3.

According to Barnes’s account, Kennedy, moments after swearing in now-Supreme Court Justice Neil Gorsuch in April 2017, “requested a private moment with President Trump to deliver a message about the next Supreme Court opening” and “told Trump he should consider another of his former clerks, Brett M. Kavanaugh, who was not on the president’s first two lists of candidates.”

This was more than a year before Kennedy announced he was retiring from the Supreme Court.

Adding to the intrigue, the book claims White House counselor Kellyanne Conway spoke with Kennedy’s son Gregory Kennedy at an Alfalfa Club dinner, days after the Trump inauguration. According to this account, the younger Kennedy reported to Conway that his Reagan-appointed father was pleased Trump won the election because he wanted to be replaced by a Republican. Conway was quoted responding, “That’s good to know” and “That happiness has consequences.”

A footnote in the book says Gregory Kennedy denied speaking with Conway about his father at this event.