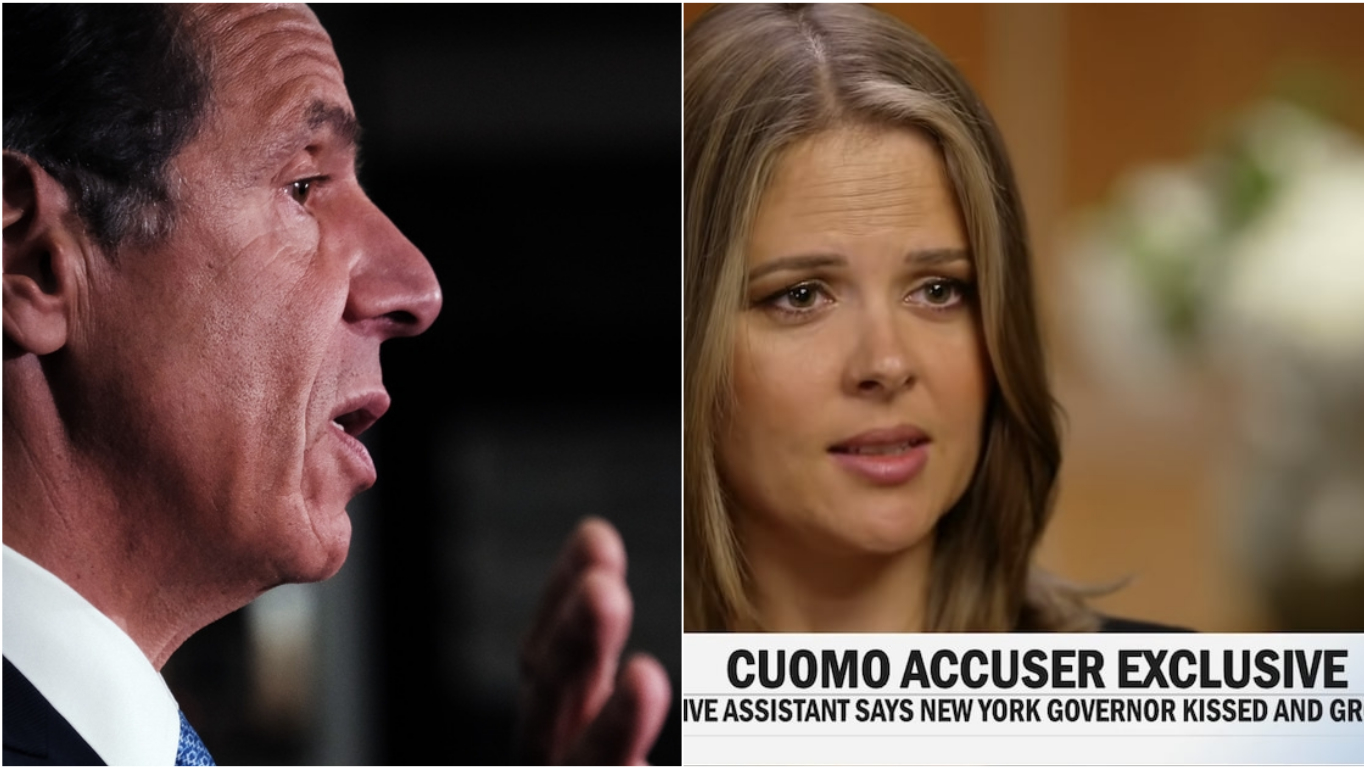 Andrew Cuomo’s criminal case appears to focus on allegations by his former executive assistant Brittany Commisso, whose allegations on the CBS This Morning interview screenshotted on the right closely track the details of the complaint.

New York Attorney General Letitia James (D) released a flood of documents on Wednesday supporting her investigation into former Gov. Andrew Cuomo (D), including once “highly confidential” interviews with him and his accuser by the state’s investigators.

The documents hit the public domain some three months after the attorney general cited them as evidence that Cuomo “sexual harassed multiple women” in violation of state and federal law, in a document recounting allegations by 11 accusers. Only one of them, Cuomo’s former executive assistant Brittany Commisso, alleged a crime, claiming that the then-governor groped her breast on Dec. 7, 2020.

Less than two weeks ago, Albany Sheriff Craig Apple (D) used that alleged incident as the basis of a criminal complaint for “forcible touching,” a misdemeanor offense that apparently blindsided both prosecutors and Cuomo’s legal team. Albany District Attorney David Soares (D), who expressed his surprise about the filing, said on Nov. 5 he found the complaint “potentially defective.”

Amid uncertainty surrounding the criminal case, the New York attorney general’s legal team announced on Wednesday that its filing triggered the state’s discovery rules and a “rolling” release of evidence. Those materials show former Manhattan U.S. Attorney Joon Kim, one of the lead investigators on James’s team, grilling both Cuomo and Commisso this past summary.

Commisso claimed that Cuomo had his hand on her breast for “maybe like a second.”

“I mean it was — he was like cupping my breast,” she told investigators. “He cupped my breast. I have to tell you it was — at the moment I was in such shock that I could just tell you that I just remember looking down seeing his hand, seeing the top of my bra and I remember it was like a little even the cup — the kind of bra that I had to the point I could tell you doesn’t really fit me properly, it was a little loose, I just remember seeing exactly that. I think he might have grabbed it.”

“That never happened,” Cuomo testified on July 17 this year. “Let’s just — you know, at one point there has to be a little reality. To touch a woman’s breast who I hardly know, in the mansion, with ten staff around, with my family in the mansion, to say ‘I don’t care who sees us.’

“You’ve investigated me for six years. I would have to lose my mind to do some — such a thing,” he continued. “It would be an act of insanity to touch a woman’s breast and make myself vulnerable to a woman for such an accusation.”

During Cuomo’s interview, Kim asked Cuomo whether he showed Boylan a cigar box from former president Bill Clinton, which the former governor insisted was not a reference to Monica Lewinsky.

“[T]here is a box of cigars — it’s actually not a humidor, it’s a little box like this — that has his name on the top with a signed note card to me that says, ‘These are the last batch of cigars legally imported from Cuba,’ which means they were pre-1965, pre the Kennedy embargo,” Cuomo described. “So that’s there.”

Cuomo said that showing visitors the cigar box was a normal part of touring the Executive Mansion.

(Photo of Cuomo via Spencer Platt/Getty Images; Photo of Commisso via YouTube screengrab of CBS This Morning and Albany Times Union interview)